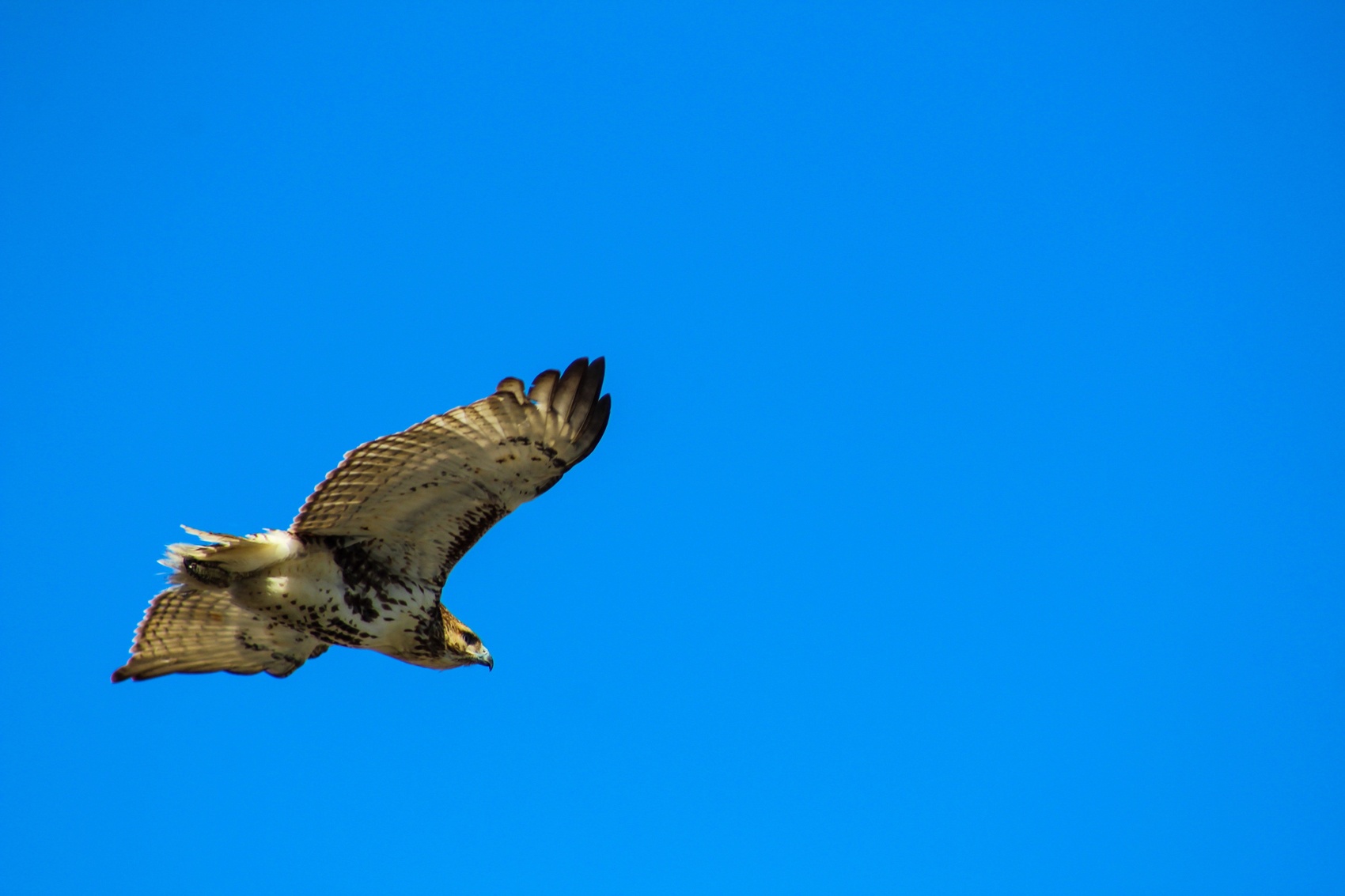 Starlings stir sinuous lines, and their dissent
crosses the grey distance while the clouds
descend like props tugged, lowered by pulleys.
The drama begins as my kitten bops outdoors.
A hawk’s waited for her cue, and now, she launches
from the oak tree’s limb, plummets to the pool deck.

Her wings broaden to their full breadth as she
swoops. She concentrates course: her left feathers
ruffle the water, both legs stretch, talons extended.
And as she spreads her claws, the hawk reaches her quarry,
grabs my cat, draws him in, clasps him close
as if she’s fastening on an intricate bracelet.

She lifts him low through the night sky. The kitten
snarls, struggles, fights with an anger all small prey
must feel, wriggles, then pulls a paw free. He paddles
the air as if he’s swimming, and the startled raptor
loosens her hold. The cat drops the distance, thwacks
off a half-inflated float in the pool, then sculls to the steps.

Above the green lawns, behind our house, sparrows
wheel arcs of guarded flight, and the thwarted hawk
aims away in that direction. I scoop the kitten out
the shallow end, and he shakes dry. I bundle him
inside, then dead-bolt him in the living room, close
the sheer drapes, and switch off all but one lamp.