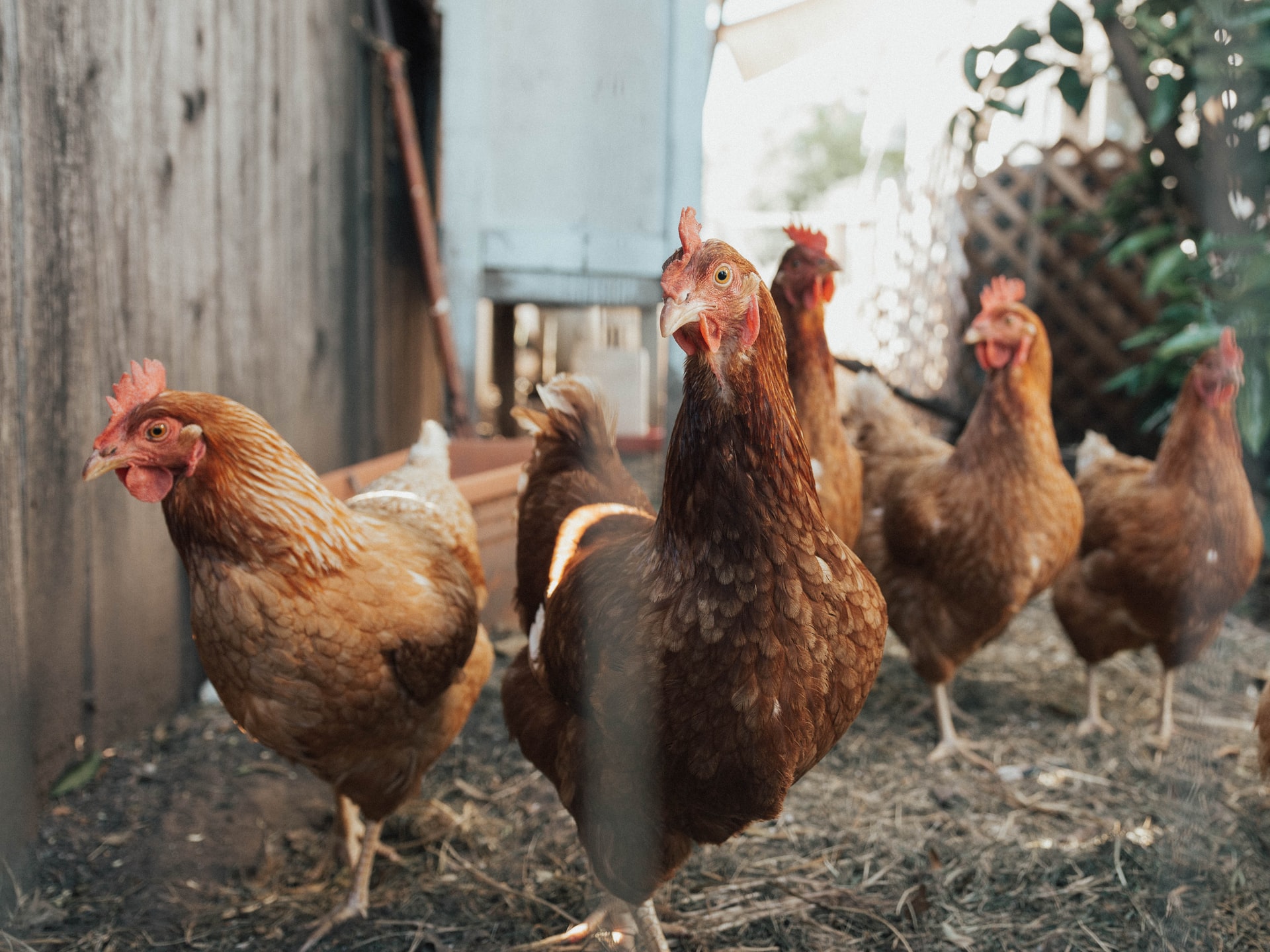 We Are All But Fumbling Creatures

We drowned trying to save our chickens from the flood of 1904. As the stories go, the waters rushed strong and fast, and even we—the three Cubbage sisters, known for our strong limbs and long necks—couldn’t master the deluge, and so we sunk into the Shenandoah. We became the stuff of legends throughout the hollers and hillsides of the Valley: Annie, Sarabeth, and Harriett Cubbage, nothing but 17, 16, and 14, sorrowful and swept away. People wove us into song, granted us beauty as if dying beautiful would make us more tragic, and though our skin in life shined a deep brown, we became as light or as dark as the tellers and songstresses needed to get the listeners to listen.

Old Mr. Yoder found most of our drenched chickens clucking and shivering in the branches of a fallen sycamore. He delivered them to our poor little brother, Charlie, who presented them to our father, who upon hearing the news had returned from his search of rumored Revolutionary War gold in the mountains. Finding our bodies bloated and emptied, our father held on with Charlie just two days before shooting himself from guilt or grief. When he arrived in the light and unearthly quarters where we dwell, we asked him which one it was: guilt or grief. He simply bellowed and covered his face at the sight of us and drifted on, and we learned that people do not change in death. Our father’s name and the story of his leaving us in search for the gold became a synonym for neglect: Watch yourself, sir. Don’t go looking for Cubbage’s gold.

Our Aunt Geraldine took in our poor Charlie, now shocked into silent gentleness, his voice and footfall mere whispers, all the boyish boisterousness gone. No longer did he make mud pies and set them by our beds so we’d step in them when we woke. No longer did he leap from haylofts and porch rails, ignoring calls that he might break his neck. He certainly didn’t chase the chickens anymore. He became fascinated with the glass ornaments our auntie’s second husband, Boone, sent her from all the places he traveled on the railroad. Charlie shuffled into town, to the only glassmaker in Staunton, and asked if he could just watch, just watch him blow and shape the glass into goblets and bowls, dolls and droppers.

And before long, we, his ghost sisters, guided Charlie’s hands when he made his first glass plate for Auntie Geraldine. On that plate, she served fresh, cool strawberries to the preacher when he visited Uncle Boone, who’d fallen from a moving engine somewhere in Arkansas. We didn’t want Charlie to lose yet another person in his life, what with Mama dying of pneumonia when he was but a year old, and us drowning, and Daddy shooting himself in the smokehouse. So we laid hands on Uncle Boone’s broken body and watched him in the night when Aunt Geraldine fell asleep, hunched over the foot of his bed. We reached our hands into his chest and massaged his heart and whispered what a kind man he was in a world that rewarded both cruel and kind men, and it was easier to be cruel, so he was admirable to choose to be kind. Uncle Boone drifted into the quarters where we dwell, poked his head in as if to ask for a glass of water or a splash of coffee, just so he could rest his tired feet a while. And we said no, no, and with two on either side and one pushing from behind, we guided him back to that stale, humid room in our Auntie’s house in Virginia. He woke up from his week-long slumber, and when Charlie came home from his job at the glassmaker’s, Uncle Boone said, “I saw your sisters.” Charlie wept and hugged him. And we hugged each other. That night we sat around our brother’s bed and watched him sleep. Normally we took turns each night, because we have other things to do besides sitting around watching a boy sleep, but that night, we were just happy to be a family again.

Charlie grew older, started getting hair in places, and already girls and young women found ways to be around him. When he met Florence, we clapped and winked. For years, we had fashioned little ways for them to talk. We lifted her mother’s kerchief from her purse and flung it toward Charlie so he could return it to her. At Christmas, we broke the wing off her favorite ornament, a glass angel, and she rushed in tears to Charlie to see if he could mend it. Alas, he courted her; alas, they wed. They had three children, all boys, and they named them Andrew, Seth, and Harris. We were touched. They built a house at the corner of our old property, where the river couldn’t reach, and we were so pleased to learn that Mr. Yoder was willing to sell back to Charlie that patch of land he’d bought after Daddy killed himself. The boys were all healthy, although Seth grew up a bit frail, but he was smart and kind, like his father, and our favorite from the beginning.

Of course, we could only do so much. The world is rough, filled to the brim with dangers. Or, perhaps, our family was cursed. One cold day, we sisters had spread out, Annie at the house watching Florence and the two youngest boys, Sarabeth with the oldest boy while he hunted turkeys with Florence’s father, and Harriett with Charlie while he worked alone in his glass shop. Oh, our dearest Charlie. That evening, he worked late, filling orders for Christmas. Florence had packed him a dinner, some biscuits and a cold chicken breast. He ate carelessly, too busy studying the tail of a glass horse figurine he’d just finished. A chicken bone, small but mighty, lodged in his throat. Our sister Harriett slapped his back and wrapped her arms around his chest and slammed her fist into his ribs, trying to push it out. She even slid her fingers to pluck the bone from his windpipe, but our little brother wouldn’t hold still. He clasped his neck and stumbled to the shop’s door, hoping to wave down a passerby. And there he slipped on that step, that icy step, just a week before Christmas.

Our sister tried to catch him, tried to hold him up, but it happened so fast and Charlie was a big man, like our father. The bone shifted just enough to let air fill his lungs, but he’d already split his head on the step. Blood seeped onto the brick.

The other two of us felt it and rushed to him. Annie at his head, Sarabeth at his right, Harriett on his left.

The Quinns walked by on their way to the grocery and gasped, and Mrs. Quinn ran to fetch the doctor. Charlie smiled at Mr. Quinn while he sang our brother a song, the song of his sisters, the one the children made up about us after we washed away. We joined him, a woeful and melodious chorus.

And then our brother joined us. He stepped with a sad smile into our airy, immaculate quarters, and we surrounded him in kisses and hugs, tears of joy and pain for his three boys, for his wife, for all the people who’d lost him, but also for us, because we had learned that even in the power and freedom of death, we all are but fumbling creatures, and try as we might each day, none of us can truly protect the people we love.

Oh, don’t we all—the living and the dead, the favored and the cursed— try to protect our own from slick ice and raging flood, from phlegmy vapors and wild abandons? We try to steer them from hot stoves and deep ravines. From foul air and falling timber, from plotting men and deceitful lovers. From piercing metal, spoilt meat, and clogged vessels. From rabid beasts and careless footfalls. From rushed mathematics and faulty machines. From lynch mobs and searing bullets. From callous governments and untamed fire and gutting sadness. From all of it we protect them, and we often fail. But if it is a curse to watch our failures, what a blessing it is to hear our names as their last words, to welcome our beloved to their bright and airy ends, a new song for each of them on our lips.