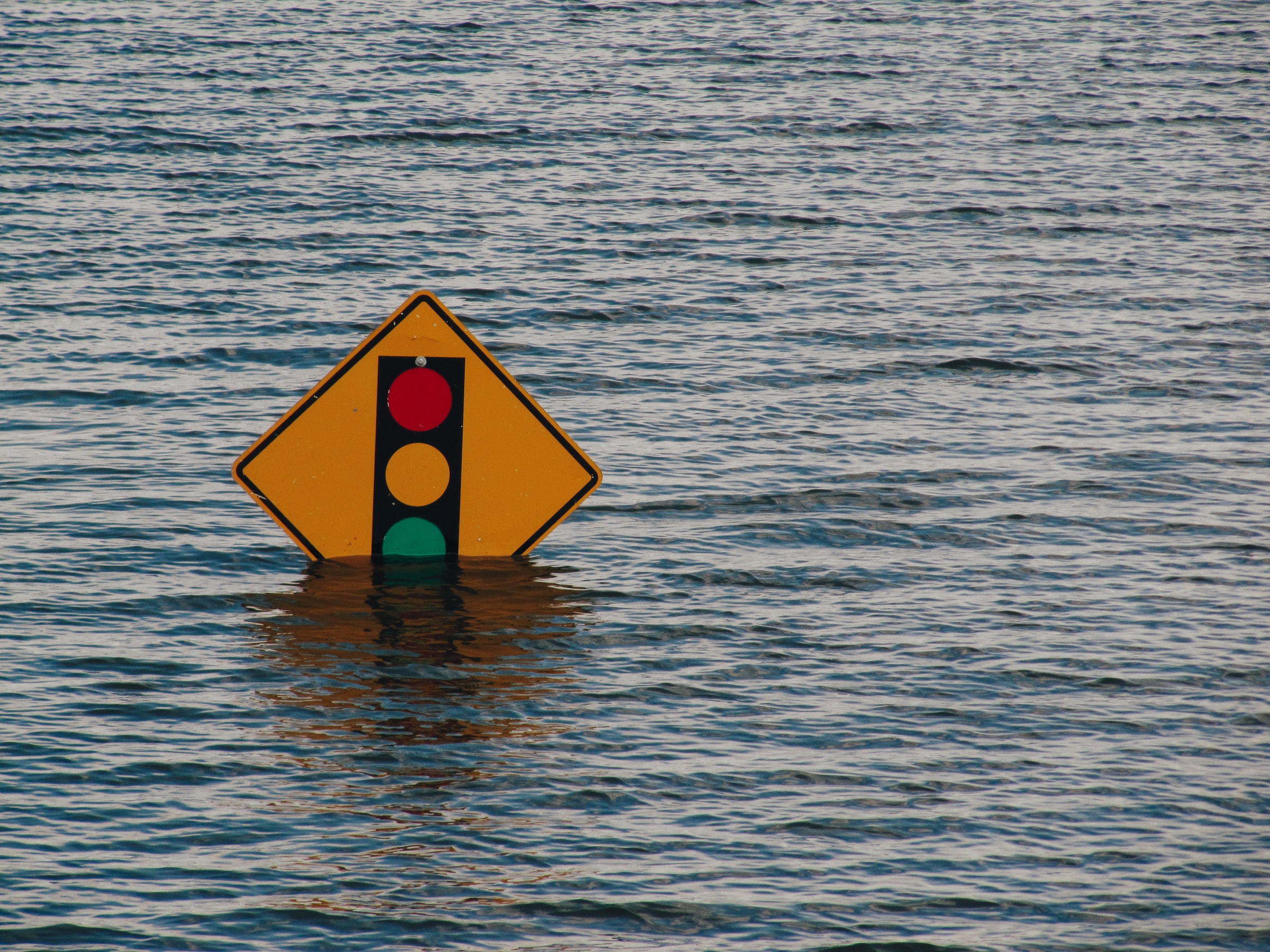 “This [fighting] angered the Creator, Kichi Manito, who decided to flood the earth into a rebirth.”
–Algonquin creation story

What year is it? you are wondering.
We don’t know yet, but now, in this future,
the roadway humans once called “Route 1”
on the east coast of Turtle Island, the one
that ran from the mangroves of Key West
to the granite of Maine, is mostly submerged
except the last miles to Calais. Along
its storied route, the American dream lies drowned.
Massive tanks seep concentrated remains
distorted into poisons: Polluted circles
ripple out, as life re-makes itself in the widening
zones from non-existent to bizarre to promising.

The mangroves and granite hold fast; rising water
is not their enemy. Fish with new biology swim
and spawn among reefs sprouted from submerged
remains of condos, government buildings,
and strip clubs. Once-glowing signs made from base elements
– argon, mercury, phosphorus – now carry only sunlight
filtered by sea water, the shapes of letters useless.
Zoos stand empty after the last humans left gates open
for animals to adapt and mate with curious others.
“Marine Parks” really are marine.

The old coast is dead! Long live the coast!
The spirits of gods and goddesses once again move over the face of the waters.