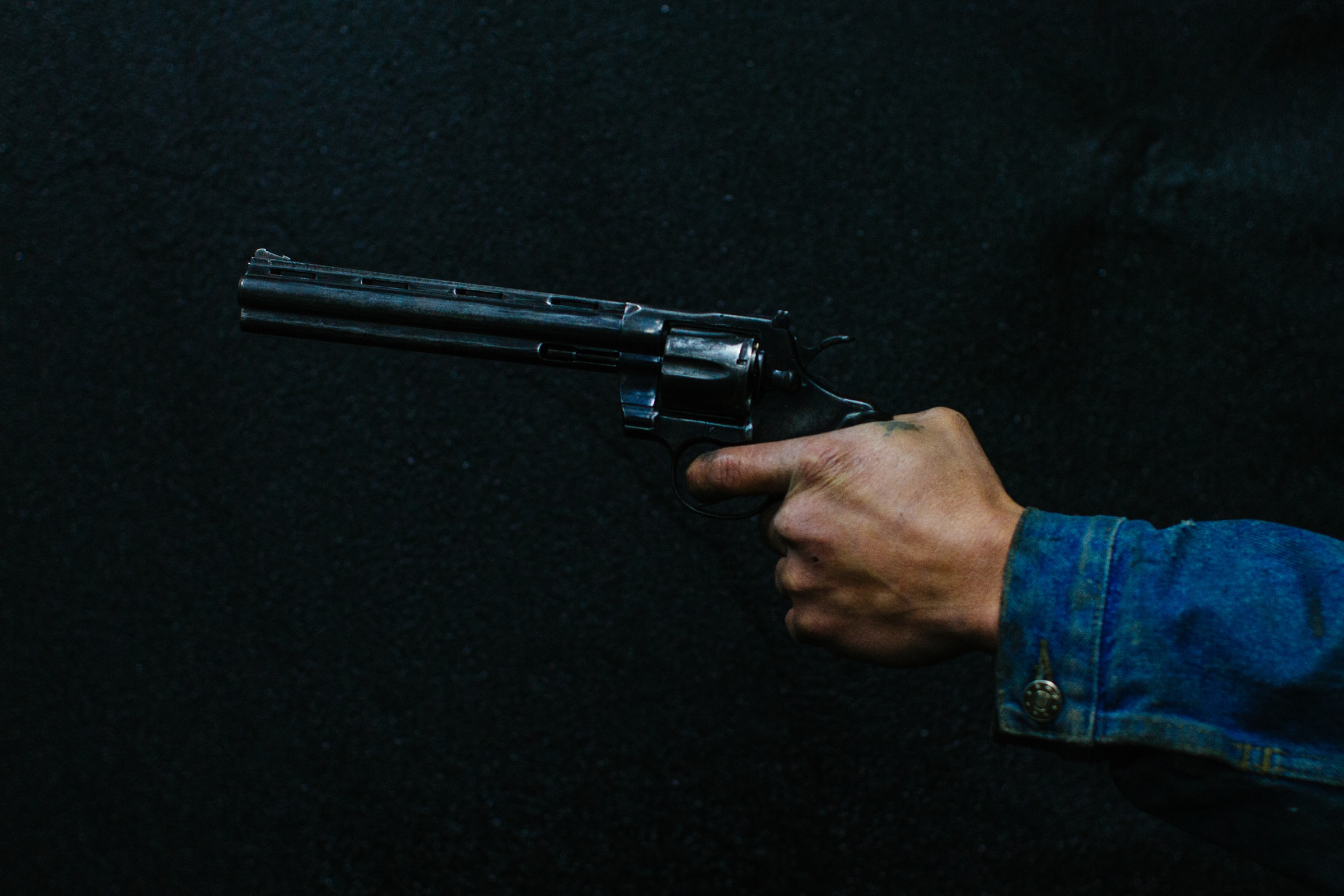 Laurel Balfour brought me home after the second date. The Balfour’s were gathered in the living room fighting over money. Her eldest sister stood on the Victorian loveseat, yelling at her parents by the fireplace. Laurel’s younger sister was exhaling her cigarette into the face of a middle-aged woman seated next to her. Nobody introduced themselves or acknowledged I was there. I stared at the ground. An ashtray was broken on the carpet. I glanced at the walls covered in portraits of Laurel—Daddy’s favorite. I later found out the middle-aged woman in the chair was Aunt Meredith, but only later, after I shot her in the head.

Thinking I was the new driver, Mr. Balfour asked me to wait outside while they sorted everything out. Laurel never corrected her father. She pretended she didn’t know me.

“Our father wants the driver.”

“I’m not the driver,” I said, then walked in anyway.

I didn’t think about leaving again. I thought about toxoplasma: when parasites manipulate their hosts to do all sorts of crazy things, like drown themselves or walk into fire. I wanted to walk into a big goddamn fire.

The feeling of dishonesty excites me.

I should also mention he was holding a gun. A friendly gun. A gun that belonged in a gun show or an old Spaghetti Western. In fact, everyone in the room had a gun. These guns were silver and had handles engraved with the letter B.

Mrs. Balfour handed me a gun. Mine wasn’t shiny. It was rust-covered and reminded me of an old car I lost my virginity in, then drove into a drug store because I was plastered and feeling no pain.

Mr. Balfour told me their family defied physics. He said change was natural, but for whatever reason, change wouldn’t come to the Balfour’s.

“Our financial circumstances aren’t changing. This is the one tunnel that doesn’t have a light at the end of it. There isn’t a train coming either, so we decided to make the train come to us. In other words, we’ve decided to end it all in a civilized way. We’ve decided to shoot one another using family heirlooms.”

They needed an extra body after Laurel refused to kill a member of her own family. I had nothing better to do. I sort of wanted to end everything anyway. Mr. Balfour kissed his daughters’ foreheads and wiped the nervous forehead of Mrs. Balfour with his tambor lace handkerchief. Nobody comforted Aunt Meredith, or even looked at her.

We stood in a circle. The instructions were clear: place your gun at the temple of the person to the right of you. On the count of three, pull the trigger.

I was responsible for shooting Aunt Meredith.

At first, Mr. Balfour begged to shoot me, but Laurel insisted she be the one to do it, which sort of gave me the romantic butterflies. Mrs. Balfour was offended her own husband didn’t love her enough to shoot her. “I’ll do it myself because my husband’s a bastard,” she declared. She held the gun to her own temple, threatening to sabotage the proceedings.

“Bunny, please put the gun down,” pleaded Mr. Balfour. “I haven’t been much, but I’ve always tried my best.”

Laurel didn’t say anything. She put the gun to my head. It felt like a cold kiss.

If you were to ask me if I was scared, I wasn’t. In fact, I was apathetic towards the entire scenario. I raised my gun to Aunt Meredith’s head without hesitation. I hoped something memorable would pop in my head the moment I died, but it didn’t. I could only think about how warm the room was. How I wanted to open the window. It made me so sad I couldn’t think of anything better at my time of death.

“Jesus, it’s warm,” I told everyone. Then I wasn’t sad anymore. I managed to make death trivial. I was freed and truly living—death before life—I felt like dancing.

Mr. Balfour pointed his gun at his wife and counted. “One, two…three.

I fired my gun. I expected things to go black, but they got brighter. My eyes were closed. This couldn’t be Hell, I thought. Things were too bright for Hell. I hated how bright and warm it was here, wherever I was.

I was still in the living room. I was the only one to pull the trigger. The family cried in relief and embraced one another, apologizing for ever thinking of doing such a thing. Their cries soon turned into laughter at the enormity of the situation. They were practically rolling on the floor while Aunt Meredith’s warm blood dripped down my face.

No one rushed to her side. No one cared. I didn’t even care. I blew half of Aunt Meredith’s head off and we didn’t care. Motionless, covered in blood, I stared at the family, at the Balfours. I could feel the parasite in my body getting healthier, becoming larger. I had walked into the fire.

I drove home. Convinced death was trivial, I ran every red light. I yelled at someone walking in a raincoat because I felt unburdened by civility.

At home I concocted something brutal to swallow—a mess of pills and alcohol that would make everything dark. I didn’t want to live. That is, until Laurel called as if nothing happened and invited herself over for lovemaking. When we were through, she asked if I could drive her home.

Though our romance ended, I kept driving her and her family around.

One day, I was asked to pick up Aunt Meredith from the hospital. She had survived and was doomed to live the rest of her life paralyzed from the neck down. Having half a face, she couldn’t speak or hear that well. I didn’t have much to say anyway. They’d put her in one of those chairs she moves with her breath. The family car wasn’t equipped for that chair. I strapped her in horizontally across the seat—chair and all. I sort of sang Christmas carols to make her think maybe it was the holidays, like that would make things more tolerable for her.