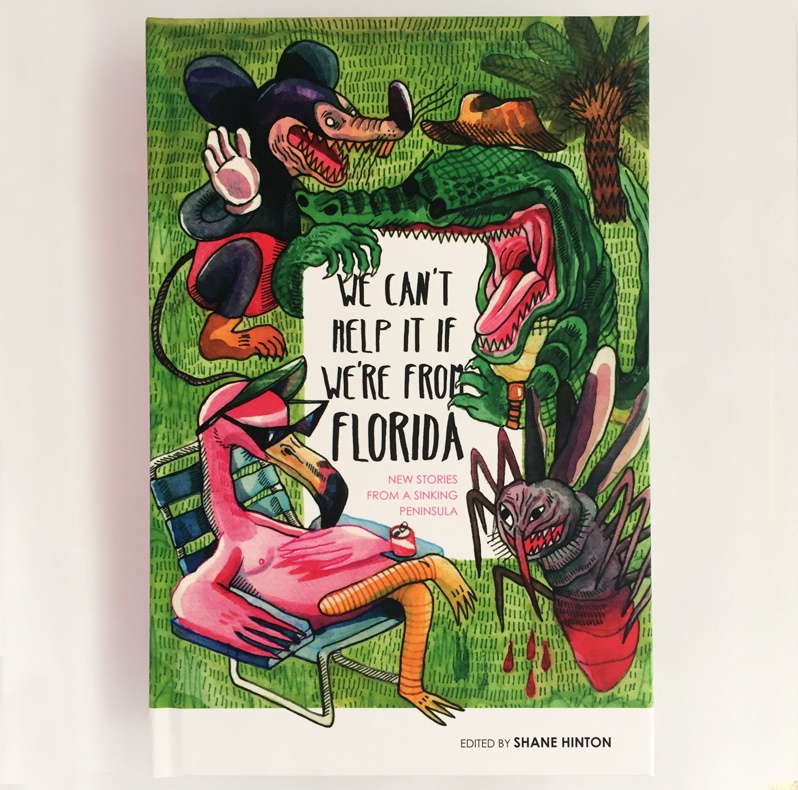 Some Thoughts on Florida literature

Today Burrow Press releases We Can’t Help It If We’re From Florida, an anthology of new Florida short stories and essays (bookended by two poems!) by a mega-talented line-up of current and former Floridians. I hope the book contributes to what critic Nick Moran calls “the Florida canon, which urgently needs serious voices to balance out the farcical, hyperbolic works produced by Carl Hiaasen…” I’m thankful for critics like Moran who take on the idea of “Florida literature.” Though many writers tackle the state in their work, few claim the label “Florida writer.” This is understandable. No writer wants to be pigeonholed. There are writers however, like Hiaasen, who fully embrace the Florida label. They often come from newspaper backgrounds, and their novels tend to be a mix of comedy, cliche, and crime, with a little bit of Florida history peppered in. I actually enjoy most of these books, but because their authors have made Florida their schtick, they’re what people think of when someone utters the dreadfully under-examined term “Florida literature.”

Without delving into bullshit elitist distinctions about what is or isn’t literary, I have a few thoughts about and around this almost-genre: (1) Because there are so many Floridas, it’s difficult to group writing about the state into one obvious category. (2) Good Florida literature can be written by writers of any origin. (3) Good Florida literature either reveals something about the state we didn’t know, or takes what we think we know and turns it upside down. (3) I hate when writers use Florida as an adjective, especially when describing weather, and yet it sometimes seems unavoidable, and some of my favorite stories still drop a FL-bomb, like “the Florida sun” or “the Florida heat.” (4) A story set in Florida that does not engage with the setting of Florida disappoints me. Anyone who has lived here knows that Florida is as much an assault on the body as it is a place: sunburn, yes, but also heat-induced road rage, hurricanes, sink holes, oil spills, suburban ennui. Of course, none of these things amount to literature without the people they effect, the stories told around them, and even the metaphors they evoke. Anthology editor Shane Hinton’s preface, “What is Florida Literature?” is actually all metaphor, but I think the stories within We Can’t Help It If We’re From Florida have captured some of what I’m talking about. 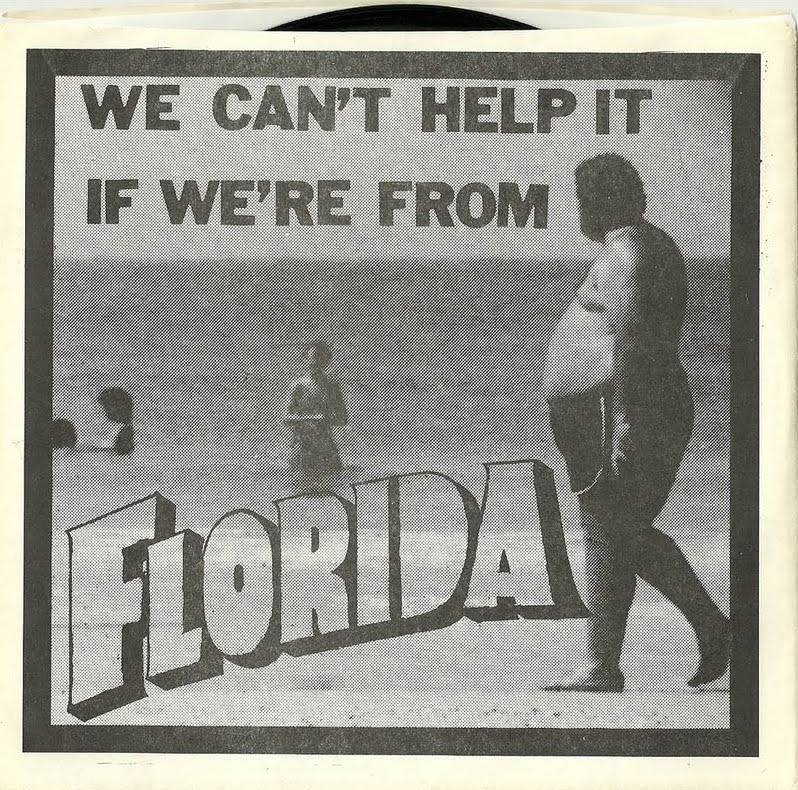 The title, by the way, is borrowed from a 1980s punk compilation by Destroy Records, which featured a range of Florida bands to showcase the state’s talent (Hinton, a reformed gutter punk himself, has created an homage soundtrack with hilarious explanations to accompany the book over at Largehearted Boy). Other state’s deal with oil spills and hurricanes and sinkholes, but the national narrative about Florida helps reinforce the state’s exceptionalism. At best this narrative elevates the state to the level of mythology (a pattern of bungling Florida men become Florida Man). At worst Florida is no more than the butt of a joke. The phrase “we can’t help it if we’re from Florida” signals our awareness, our ambivalence, the kind of gallows humor one must internalize to live here among the corrupt governors who deny climate change and bath-salt enthusiasts who eat faces. In short: we know this place is fucked up, but we love it anyway.

On a promotional note, the Sarasota Herald Tribune did a nice write-up that touches on the content of many of the stories, but if you’d like to read one for yourself, Buzzfeed has excerpted Alissa Nutting’s short story “Undoing.” One more excerpt from Lidia Yuknavitch’s essay, “Gutted,” will be popping up next week on Literary Hub. But you know what, you should probably just get yourself a copy now.