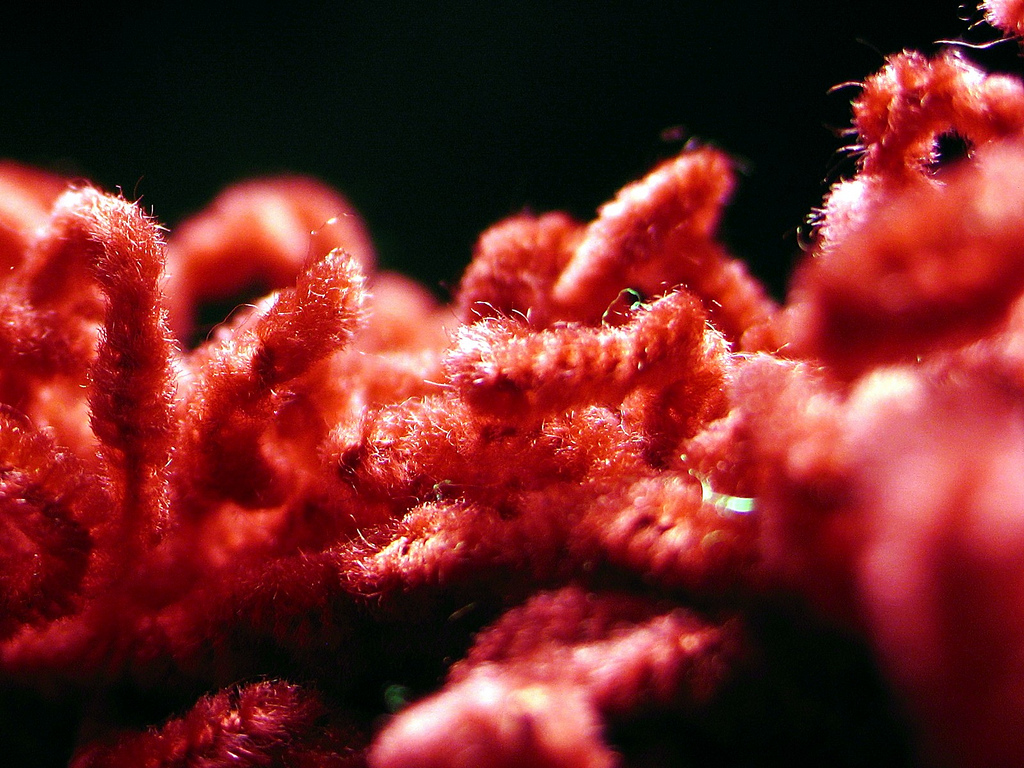 YOUR TRAGEDY IS IMPORTANT TO US

Nine months after the accident the fire department rented out the school gymnasium and put on display the artifacts recovered from the wreckage. For weeks they had been mailing items to the families of the victims. So many items had gone unclaimed the fire chief decided to sponsor an event to regain public trust.

We had mistakenly received a sweater in the mail. It came in a plastic bag. It was red with two oblong holes. It could have belonged to a boy or a girl. I stretched it on the floor and tried to imagine the body that would fit inside. I had difficulty picturing the child’s smile. I could imagine the face, only there was never a mouth, like it had been swept away by the flames after the school bus tumbled down the ravine.

We mailed the sweater back to the fire department but three days later it was redelivered. The mailman said he was just doing his job and I should lodge a formal complaint with the city. I told him I didn’t mind. Sometimes the best way to deal with tragedy is to press right up against it.

My husband watched me fold the sweater with the rest of the laundry. He re-read the invitation letter to the event signed by the fire chief.

Your Tragedy is Important to Us, it said.

“We don’t have any children,” my husband said with a calm disbelief.

He tried to put his arms around me, trembling like he did when he got upset.

Several parents arrived unprepared. Two fathers wrestled on the floor over a lunchbox and had to be removed. Mostly people were quiet and paced the aisles as if they were in a museum.

At the door they handed out raffle tickets. It was possible, the fire chief told us, that some parents wouldn’t recover anything so unclaimed items would be raffled.

“It’s better than nothing,” I told him.

I rummaged through blankets and teddy bears, sneakers and backpacks and half-melted crayons. I looked for something familiar. I found the sweater. I folded it neatly, then stuffed it under a heap of clothes.

When the time came we did not win the red sweater in the raffle.

In the parking lot my husband sat on the hood of the car and pretended to burn his hand with a cigarette while some children watched, believing it was the coolest magic trick they had ever seen.

I followed the couple who had claimed the sweater. I awkwardly confessed what had happened: watching the story develop on the news, the sleepless nights, how we had been sent the sweater by mistake. I apologized for washing off the smell of burnt asphalt and smoke.

I asked if I could see a picture of their child. It would help me find some closure.

“There must be a mistake. We’re not parents,” the husband said. His wife clutched the sweater against her chest.

The couple got in their car. I put out my hand to touch the window glass but before I could my husband had my hand in his and lead me away. He told me not to turn around. I could feel where the cigarette had pretended to burn his palm. Days later, if I concentrated enough, I could still feel that burn, and for once it felt so good.

He poured himself a glass of milk. It was sweeter than what he expected. Letting it rest in the fridge a few hours had been a good idea. His hands were red and trembling as he drank it. Living in farm country he had heard all kinds of talk about milk: drink it straight from the pail within an hour of milking, let it sit overnight, drink it from an old glass mug and never a plastic cup. One of the old farmers with chapped hands even said to bathe in it once a year if you could afford to.

He had listened, and sure enough here they were nine months later.

He did not drink too fast, worried he might turn and find his wife at the sink ready to scold him.

“Drink it slow,” his wife would tell him. “You can taste the difference.”

“I can’t taste the difference,” he would say.

It was her idea to buy the four hundred acres. She wanted something different, something real. Get away from the noise in the city. A place to stretch her legs. Someplace flat, she told him, where you can see so far it hurts your eyes.

In June she announced she was pregnant and he had trouble sleeping, though she didn’t believe him when he said he heard the corn tearing through the soil.

“Zipping up or unzipping?” There was a difference, you know.

Halfway to the hospital he realized something was wrong. By the time he parked outside the Emergency Room she was pale and had not taken a breath in fifteen minutes. There was a blood stain on the floor of the truck. More blood trickled down her thigh.

“Does it belong to her or the baby?” he asked.

“Would it make a difference?” one of the fussy nurses hurrying through the hospital’s revolving glass doors.

Yes, he thought, a father needed to know.

The nurses took one look at his wife and said there was nothing they could do. As they helped pull her from the passenger seat, her body spun in an awkward pirouette onto the gurney.

His body slumped against the car door and he could hear the faint polka music on the radio through the open window.

Then she started lactating. Without thinking he grabbed one of the mason jars. They used them for the peach preserves she made, her grandmother’s recipe. The hospital attendants were so surprised they did not move, much less when they saw how the milk came out of her breast like a spigot left to drip. She lactated enough to fill half a dozen jars. The nurses scratched their heads. It was as if her body had relaxed for the first time in months, finally releasing that anxious motherhood.

Now the paperwork had been signed and the funeral preparations were being arranged for mother and infant daughter and he had come home with a case of mason jars filled with his dead wife’s breast milk.

The house felt the same. Every thing in its proper place, every sound making its proper sound, a room divided by dull slats of light coming in through the window. Not what he had supposed, not the crushing sadness of a house without a wife.

He went through the kitchen and turned, thinking perhaps he would find his wife on the stairwell. It had all been a mistake, he told himself. He had never driven her to the hospital. He had left her there on the stairs doing her breathing exercises, with her hair pinned back like that morning some months before when she found one of those old wind-up music boxes beneath the steps.

“I’ve never done a pirouette,” she said, winding the music box over and over. “How can I be a mother if I was never a ballerina?”

He had no answer to a question like that.

He would see her in many places around the house. In a year she would be stretched on the living room floor listening to old records. In three weeks she would be in the armchair they had recovered from the side of the road that still smelled a little like November sunshine. Tomorrow sweeping the dust beneath the rug. In a decade breastfeeding the child in bed. She was not a ghost but not herself—more like a character in a movie who slipped out of the screen when nobody was looking. Sometimes in focus, sometimes a touch blurred. In every moment not knowing she was getting ready to die all over again in his memories.

One night, when he was a wrinkled old farmer with old thoughts, he would see her at the table writing a letter to her mother. She would still be young and wear a long yellow nightgown, about six months pregnant and writing one of those letters pregnant women feel compelled to write about memories that may or may not have happened. On that night she would tell him about what happened when she was nine. Her mother had woken her before sunrise and told her to put on ice skates. This was January in Northern Michigan. When she stepped onto the porch she discovered her mother had spent the night watering sidewalks and spraying trees and bushes with the garden hose until the neighborhood was a carnival of ice. She skated up and down the sidewalk as if it were a frozen lagoon.

“You know my mother died when I was five,” his wife said.

“I’m an old man now,” he said reluctantly, “so what do I remember?

After many years it hurt his eyes to see her in so many places for so long, to see her real enough, but he never told her the way he felt and he kept expecting to see these ghosts of her until he no longer did.

For now, there was just the quiet of the house, aching the way old houses do on wet earth. He looked through the window at the corn. He listened. He put his lips to the mason jar of milk. He drank slowly, letting the milk spill from one side of his mouth to the other. For a moment it was like they were together.

His hands had stopped trembling. He took another sip. He looked around the room. It was empty. It was plain to see the difference.