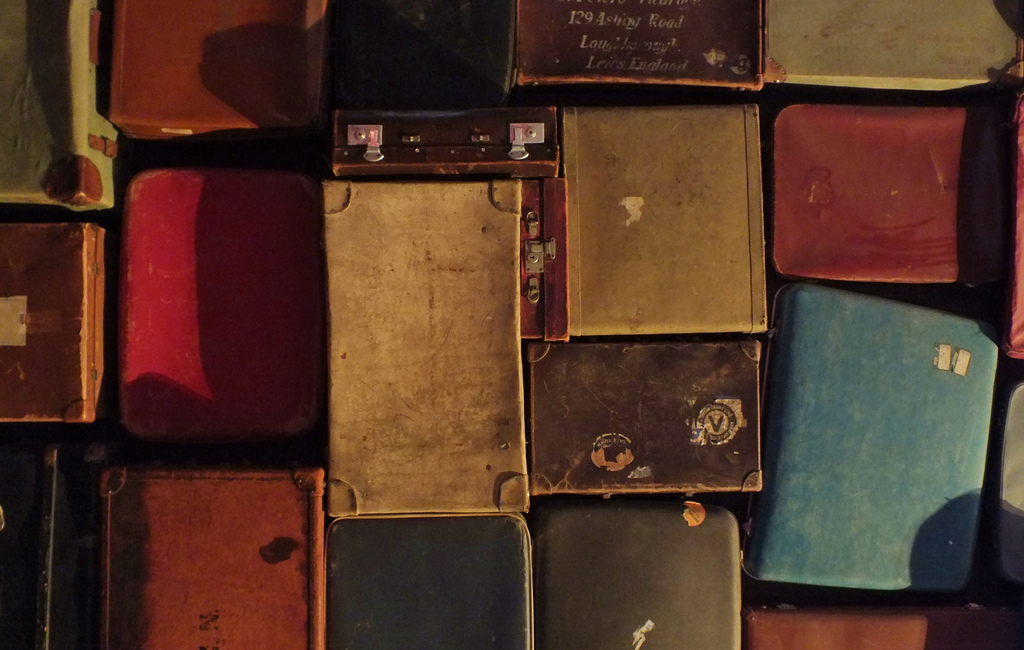 Each time I devour a new collection of poems by Patricia Smith, I feel that my relationship with poetry has intensified. Patricia teaches us what is possible in a poem, what can happen in some deep blue moment when language finds a new way to sing. As I noted in my review of her recent book Shoulda Been Jimi Savannah, “This raucous lyric choreography will smite you like a velvet cannonball.” And you just want more. ~Susan Lilley

I want to scream into the hearing aid nestled in his ear,
Where is your fist?

Thick-throated men in black coats scurry to the windows of the suite,
scour the landscape with slitted eyes, estimate the arc of bullets.
They move me from one chair to another to another until I am sitting
so close his breath sparks moisture on my skin. The pink contraption,
imitating another flesh, fills his ear and I want to startle, to prickle his
composure, but I see that he is not nearly the vapor I imagined.
I assumed his body would be temporary, with fingers, an ear,
an arm misting into nothing at odd intervals, a leg folding into dust,
his smile its own backdrop, the repeating escape of the recently caged.

He smooths a wrinkle in his gray suit, grins sheepishly,
leans forward waiting for a question.

I stare at his fist resting on the table, ask with my whole mouth.
He hears me perfectly.

THAT’S WHAT THAT IS

When my grandma got arthritis, she couldn’t bend over and paint her toenails anymore. So my grandpa does it for her all the time, even when his hands got arthritis. That’s love. —Rebecca, age 8

She preferred frosted mochas, whispering blood wines,
hues that burst against her skin. It was all the color
she could manage, brash dollops of the lostago dribbling
their borders, smashed still wet into stern and sterner
lace-ups. Now, behind a bathroom door swollen shut,
she gasps and bends, prays light into her arms. The effort
breaks her, the clockwork of body stunning in wretched
loop. To drown her panting, she flushes, flips loose all
the faucets, whimpers beneath flow. After an hour, still
vaguely hooked but craving sashay, she limps to him,
unfurls on the couch and buries all of her fail beneath
the nappy chenille throw. No, there is no gorgeous here.

Patient for my dinner of cream and meat, I grumble
caress toward the still, defeated bloom of her, brush
my mouth against the wisps escaping her silver braids.
Then, because I was born during a war and I am a man,
I grab the remote, disappear for a beer. I know so well
the wreckage to the south of my woman. I know her
ravage, her stilted muscle, the pain that roars through
her like the verb of something feral, I know the night
silence. So I lock into Bringing Up Baby, insane frolic
on the flickering Philco, and I steel against the fetid
blasts of sleep from her open mouth. She has given up
on so much of her engine. Reaching beneath the blanket,
I trace and re-trace the arch of a fat, unfinished foot.

I am a stranger here. Faced with gummy bottles of coral,
ice, scar, fire engine, grape, redberry, carnation and earth,
I suddenly realize that being a man has siphoned away
the exploding in how I see. I am not privy to this stark,
these raucous pinchings upon a woman’s dead flesh.
Envious of its blooming, I choose an improbable pink,
and move back to where she sleeps, spittle and whimper,
her body smalling. I work her toes like I am conjuring
the new—massaging, molding, drenched in her dim
disbelieving. I dip the brush deep and lift a thick bubble
of awkward spring, then sweep until she throws back her
head and weeps an O. The clock in my hand is kindled,
furious with this, but I am careful not to break my rhythm.
I stay to my task. Her hand rests on the back of my head.

suitcases of the insane

In 1995, an employee of the Willard Asylum for the Insane, a mental hospital in upstate New York, discovered 400 suitcases left by patients between 1910 and 1960. The average stay was 30 years; most people who entered never left.

In her brown valise, gently aligned—a spurting
pen, shuttered throat, shreds of rose-rhythmed
lace, one blue important shoe pointed north.
A rusted canister of talcum had opened, and flat
redolence sugar-howled. Behind an unsnapped
lock cowered the sound wife—yes, the last time
she had giggled was the only reason for the lace.

He had carefully chosen dull medals, god-edged
and boastful, earned in the service of murder,
and photo booth snaps of rollicking hi-town gals
with Hair-Repped crowns and mouths rumored
violent. Just there, barely secured in a yawning
silk pocket, was his young son, crisply folded
and screaming. The packing had gone well.

Following directives from the light in their hands,
they prepared for holiday, for pledged sun and river
edge, while men in blooded coats barely squirreled
away scalpels, aching for quick path into the head’s
looping lyric. Lashed to beds, back-floating down
shimmering headwaters, our travelers spit-shined
brass latches, sniffed sachet, and never wearied
of yesterday’s faint explode, just there, just ahead.