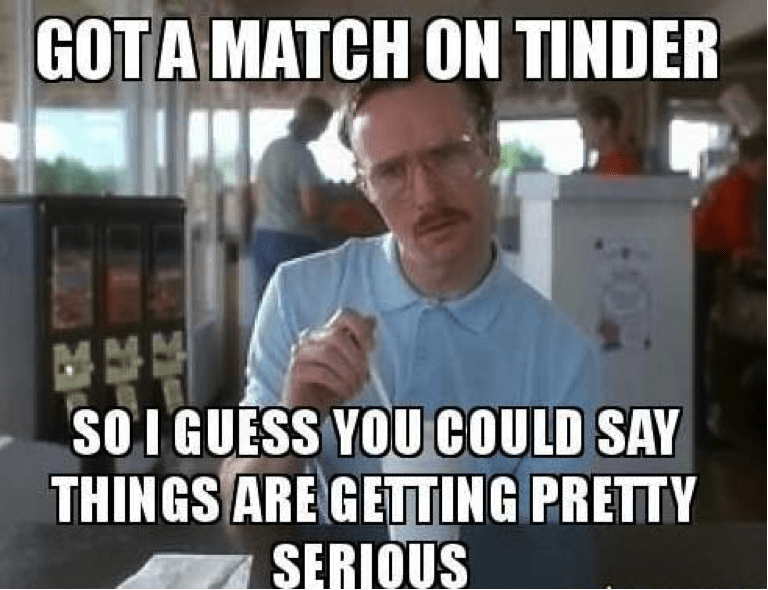 A Tinder match! I did it!

A million swipes later, a twenty three year old college grad matches with me, a Black woman named, None of Your Business. Human connection can be hard to come by when you have no game. Or maybe it’s my lack of sexy pheromones. Or the way I look. Or my personality. Or some combination of all of the above. I don’t know.

Articles online tell me statistically, I am the least desirable man due to my height and ethnicity. Short Asian man supposedly equates to: ninja invisible to the opposite sex, with a tendency to believe women should be in the house doing women things.

While that’s not what I want, maybe I should be grateful that I can be anything at all. There is always an upside. In this great swirling chaos of space, time, and circumstance, sometimes, Black women notice me. They are the yin to my alienated yang. With our powers combined, we form—the Bumblebee. If it weren’t for the disenfranchised Black woman, I think I would have truly withdrawn from reality into my fictional worlds a long time ago.

And you can’t let statistics stop you. Statistics should help you. I know the sooner I can parlay a chat into a date, the better. The first obstacle is getting a response. I choose from a series of pick-up lines that I have had some success with, all of them stolen from a homie back in Brooklyn.

Hey, let’s get an apartment so we can go to Ikea and build a bookshelf together. Send.

My odds of hearing back are low. Minutes later, she responds with a smiley face and engages, asking if we can get meatballs there, too.

After some more chit chat, None of Your Business agrees to go on a date. I go through my closet, looking at the two button ups and two polos I can choose from. I think about my ex-girlfriend. She’s the only reason I have nice shirts, because I am a scrub who has been wearing the same wardrobe for a decade. A pang jabs the center of my chest. I wonder if I should call the whole thing off. Part of me still feels guilty when I talk to other women. I worry about how my ex would feel if she were to see me move on.

Self-conscious that None of Your Business might see me get out of a Lyft and realize I don’t drive, I get to Guesthouse a fifteen minutes early and order a beer. I get something new. Something with rye in it. I sip on the brew on a square island bar. Low lights. Top shelf liquors. The scene here is a bit bougie.

Heart pounding, I don’t chug or get wasted before my date comes, a mistake I used to make when I was younger because I’d get so nervous. None of Your Business walks into the bar. She doesn’t see me yet. Okay, we’ll have one drink here. If I like her and she likes me, we run the gauntlet: Wally’s, Lil Indies, Tako Cheena, and then a fifty percent chance of never seeing each other again.

She spots me and I wave her over. I stand to greet her. Should I shake? Should I hug? Should I do that cheek-face-kiss thing? She comes in for a hug. She relaxes.

“Okay, good, I was worried that you were going to be uptight and weird.”

I laugh. I guess the way I write can give off a pretentious vibe, but that’s what happens when books have protected you from reality your whole life.

Figure skating plays in the background. The Winter Olympics makes the sport trendy every four years. I tell her I used to figure skate and watch her face. The reaction I get these days has been changing. When I was younger, people used to laugh. As I get older, people stare. Maybe they are too polite to laugh, or maybe they are unsure if I am joking. I don’t know. I don’t know why I still lead with that information. Ice skating happened a lifetime ago, but figure skating is such a big part of who I used to be and who I have become, I have to put that fact out there.

She doesn’t laugh. Instead, her eyes light up. She tells me I’m weird. I laugh. Weird is funny. Weird is good.

We hop from bar to bar down Mills Avenue and get blackout drunk and are getting freaky on the street, being those people that everyone hates. Then, a car pulls up and I’m about to tell her, “Run! It’s the cops!” when people in the car call out my date’s name. Turns out her friends recognized the back of her head from down the street. We get into their car and party until 4 a.m.

In a few months, None of Your Business will leave Orlando. A majority of me will be grateful the relationship couldn’t develop further. The reason is this: I was worried a serious relationship would get in the way of writing.

I think of writing in terms of ice skating. I started skating when I was six and by the time I was eighteen, I was pretty good. Far from Olympic caliber, but perhaps if I trained full-time like most of my homeschooled competition, maybe I could have gotten to an elite level by twenty-five. Instead, I quit and went to college.

I did not discover writing and decide to get serious about the craft till I turned twenty-five. I computed a rough estimate of all the hours I put into skating, about eight to twelve thousand hours if you included the personal trainer, the ballet lessons, and any other off-ice and on-ice work. When I first got serious about writing, I concluded that the reason I failed as a figure skater was because the competition was putting in more time. I would not make the same mistake. I shouldn’t have to either. Writing had advantages over skating. I could practice for free. I could practice anywhere. And writing didn’t demand so much out of my body. I could write for the rest of my life. Only death could make me quit.

I figured if I wrote three to eight hours a day, then maybe in ten years, I could get where I wanted. Five years if I was lucky. Fifteen if I was being realistic. I am at the seven year mark now. I feel closer than I ever have. There is no time for distractions.

But this path has become so stifling and lonesome at times, that I often have to lose myself in stories of finding a soulmate, something that may not even exist. So I take a version of None of Your Business, remembering the moment we embraced on the streets and kissed like nothing mattered, holding her in my mind, living dates that never happened, creating stories that never were, with the hope that someday, when I accomplish my dreams, my words will find my soulmate’s eyes, and together we can talk shit and share a bag of fries. Because this is the only way I can be in a relationship right now, by pretending or remembering. My sandcastle dreams. My love stories.

But this is the path I have chosen. I will write as long as it takes to make my friends and family proud, and I will understand that even with the hard work, there are no guarantees in life. Part of me wonders if I am setting myself up for a lonely death, never having accomplished anything, never getting married, never having kids. And if I finally do become as good a writer as possible, what if the fantasy doesn’t feel as fulfilling as I had hoped? I don’t know, man. But I guess…

A ninja can always dream.