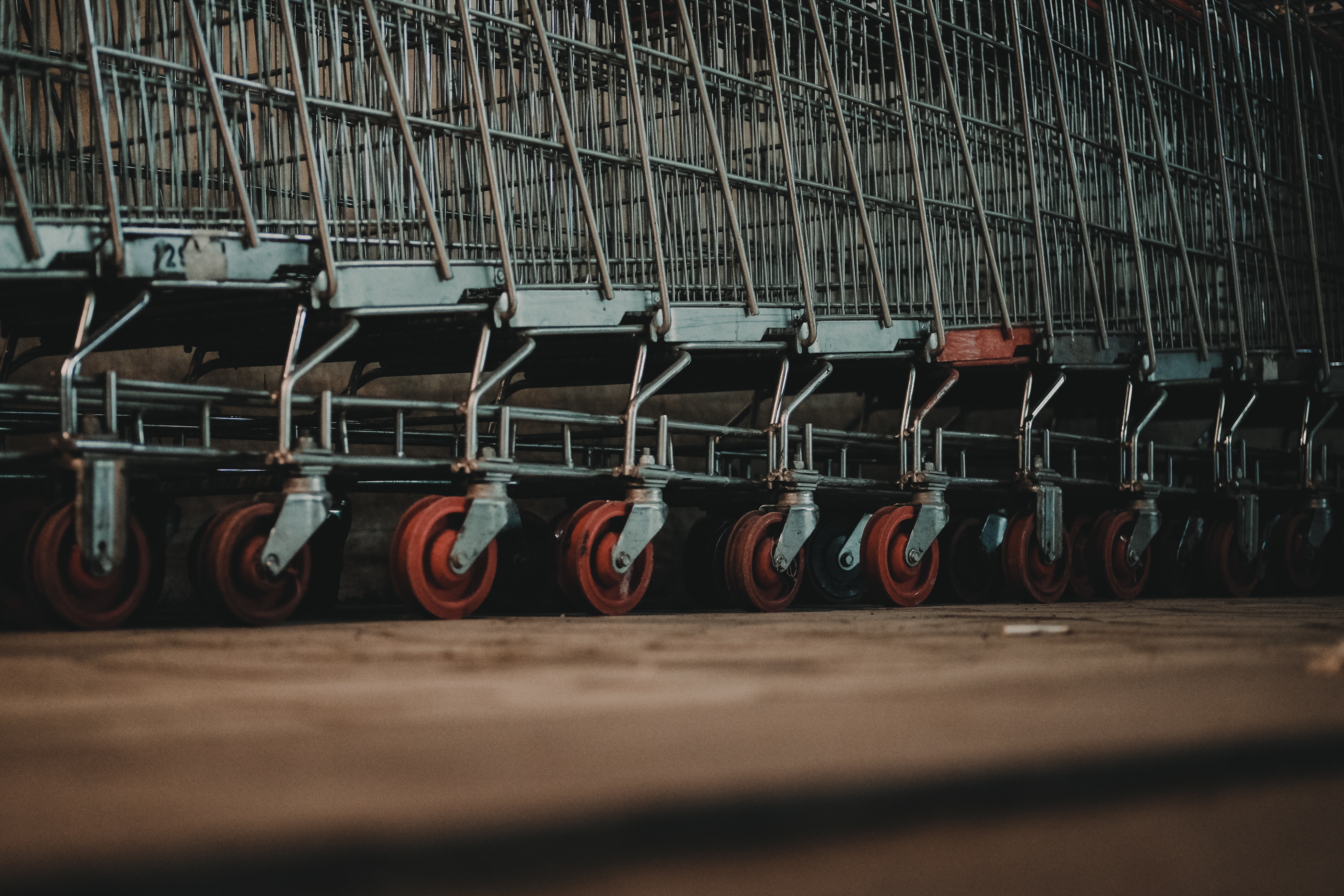 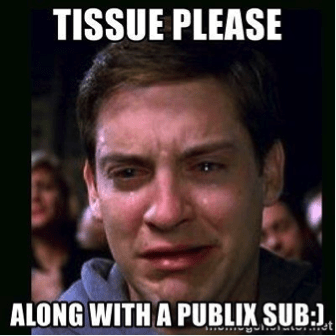 Grocery shopping starts with a phone app. I’m too lazy to walk the 1.5 miles to Publix, so I hail a Lyft and sit on the apartment complex stairs with my chin in my palm, thinking about a Buddhist koan that I have been dwelling on the last few years:

In the mountain path, a man ran from a tiger. The man stumbled on rocky terrain until he reached a cliff’s edge. The man peered over the precipice. Jagged rocks grinned like a beast, frothing with river water. The man looked behind him. The tiger slinked toward the man, smacking his lips with delight. The man turned to the precipice and jumped.

On the long way down, the great Buddha reached his arm out in the form of a branch. The man grabbed the branch and held on. Above, the tiger’s fist swiped the air. Below, jagged rocks looked to devour. In front, a wild brush of strawberries had sprouted. Dark reds and greens glowed like candy-coated rubies. The man picked the strawberry and ate it.

Would you believe him if he said it was the sweetest berry he ever had?

I think about how to incorporate the moral into my novel without being too heavy handed. That’s when my Lyft comes.

The driver nods. From her shy smile and the shrug in her shoulders, I can tell she can’t speak English too well. I say something in Spanish, hoping that I am not wrong and racist. Her eyes brighten and we have a conversation. Turns out, she’s from Venezuela and she is hustling to make ends meet. I tell her I would drive Lyft, too, if I wasn’t so afraid of driving. She laughs. She has a pretty face. Smile lines print crow’s feet along the edges of her eyes. She is a bit older than me, in her early forties, or maybe she’s the same age but has had a harder life. She asks me where I learned Spanish and I tell her Honduras. I make a joke about being a Gringo Amarillo. She laughs. She scrunches her eyes at mine, and we bond. We have more laughs and the mood is festive and light.

When she pulls in front of the Publix, she pauses in a way that gives me the tender intuition that she doesn’t want the ride to end. Maybe she wants to see me again. I think about asking her for her number, but I think about my intentions. All I want is sex. I think about the hurt feelings that would get left behind if I got what I wanted, a swirling chaos of this not worth it. Climbing out of her car, I peek my head through the open door.

“I hope you have a good life. Go well with God’s blessings,” I say. This sounds less pretentious in Spanish.

She smiles and pauses. I imagine a life with her as friends looking out for each other. I close the door and we part ways. Inside the Publix, I make my way to the two-for-one bin, my life oasis ever since moving to Orlando for my MFA in Creative Writing. I stockpile pasta, spaghetti sauces, and sauces in general. I think about the joke I’ve been telling people for over a decade, how I would be thirty pounds lighter, complete with a six pack, if there were no sauces in the world. Food is a receptacle for ranch and hot sauce.

The cashier rings my groceries and I hit my least favorite part of grocery shopping, the reason why I often go grocery shopping on Seamless, ordering Chinese take-out or Hungry Howie’s three medium pizzas for seventeen dollars: that sad moment where I pass the automatic doors and have to stand outside the Publix entrance with my grocery cart and hail a Lyft.

Like an orphan on Christmas day, I watch all the normal humans with their well-adjusted lives buying food together, trailing into the parking lot, getting into their cars. I draw a deep breath. I’m not an orphan, and these are first world problems. I should only be so lucky. At least I can eat.

I pull a notebook from my pocket. When times are sad, I write, because at least I’m getting something out of the loneliness, something that brings me a step closer to my dreams. I think about how to incorporate the tiger parable into my life. What would make this experience the strawberry? Would it be the woman whose name I don’t remember miraculously answering my return Lyft hail and we go back to my place and engage in riotous, guilt-free sex with lots of spanking and consensual choking? Probably not. Maybe the tiger represents desire.

I push my grocery cart back inside the Publix and drive my food cart to the deli section. I place the cart to the side and say fuck it. I will spend the extra dollar. I order a Publix sub. Legend has it, the Publix sub is the best sub. I order the Ultimate: Tavern Ham, Ovengold Turkey, Roast Beef, and Pepperjack. I ask for an extra helping of the spicy mustard mayo mix on the side. I dip the edge of the sandwich into the sauce cup until the bread drips with the salted ambrosia. I a bite. The crunchy whole grain melds into a gooey golden goodness of sandwich. I sing a song in my heart. Would you believe me if I said—this is the sweetest sandwich I’ve ever had?