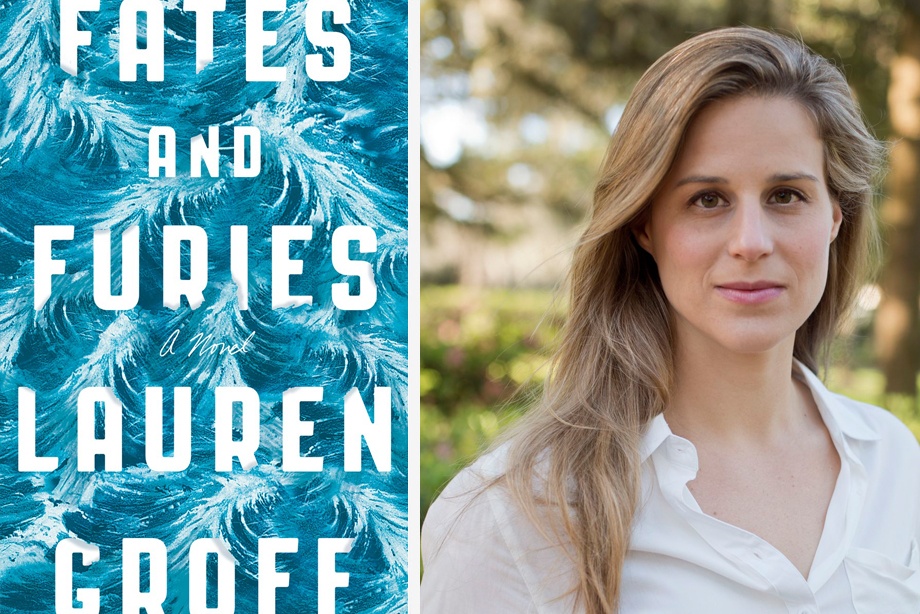 The Strangeness in this Strange State: an Interview with Lauren Groff

Lauren Groff is the author of four novels, most recently Fates and Furies, which was a finalist for the National Book Award in Fiction, the National Book Critics Circle Award, and the Kirkus Award. I loved it, and so did President Obama.

Florida runs through Lauren’s work. Fates and Furies’ male lead, Lancelot, grows up in central Florida with alligators, magnolias, and anoles and spends his teen years partying on Crescent Beach. Her published short stories are often set in the state, highlighting its weather, flora and fauna, citizens, and towns.

I talked to Lauren about being a Florida transplant and how that experience manifests in her writing.

I don’t see enough of my home state.
I want to see more. I want to find all the good dive-bars, the wild bits of old Florida…

Rebecca Evanhoe: Tell us about your relationship with Florida.

Lauren Groff: I never thought I’d end up in Florida for life, but when my husband took over a family business in Gainesville, I had to come to terms with living in the state. We’ve been here for ten years and for the first five, I felt like an alien: I work from home, which means that most days I leave the house only for chores or to exercise, and outside the house either the heat or the bugs and reptiles seemed to want to eat me alive. But Gainesville is a wonderful town, full of artists and food and good people, and I’ve found my tribe. I still find the state weird, and absolutely hate the legislative bodies here for the way they want to attack the people of Florida, but I’ve come around and love the natural world here, the spectacular beauty of the springs and even my own neighborhood with its tiny darting lizards and epiphytes in the trees.

RE: In Fates and Furies, Lancelot is a Florida boy, “born in the calm eye of a hurricane.” His father, a descendent of an amalgam of Florida’s historic people (Seminole, Spanish, Scot, and so on), has made a fortune bottling springwater on his family’s land. His mother skipped out on college to become an official Weeki Wachee mermaid. In my mind, he absolutely HAD to be from Florida—he’s golden, shiny, full of bravado. Did you consider having him be from anywhere else, or was he fated to be a Floridian from the get-go? How would you describe his Floridian essence?

LG: Lotto did have to be Floridian! When I was thinking through his character for the first few drafts, I felt a lot of joy from trying to crystallize the character of the state in a fictional human being. The state is charismatic, sunny, gorgeous, hot, but there’s a big strain in the center, a kind of swampy bit of magic and darkness.

RE: Your stories in The New Yorker have a strong sense of various Floridian environments. “The Midnight Zone” captures the wildness, with sinkholes, ferns, the threat of a Florida panther. The narrator in “Above and Below” drifts from touristy beach town to liberal college town to the prairie. “Ghosts and Empties” takes place in Gainesville, with its feral cats, oak dust, slime mold, and “Spanish moss dangling like armpit hair” (although Gainesville’s name is never mentioned). Your body of work represents the diverse parts of the state. Why is Florida is so prominent in your writing?

LG: I have never really felt at home in Florida, although I’ve lived here for a decade and my children were born here. I think there’s something in my constitution that’s more aligned with upstate New York, where I was born and raised: something more reserved, a little icy, a little hidden away, a little Calvinist, probably, in all of this too-hot, too-bright hedonism of Florida.

But I find that the places where I’m in conflict as a writer are the places that make for more interesting fiction. I live on the edges of Florida, trying to see in, almost as if I’m standing on a dark lawn, looking at people having a party inside a house. Some people might say it’s more fun to be in the house with the drink and the music, but I feel as though I can see more out here on the lawn.

RE: Beyond living in Gainesville, have you done much traveling around Florida to capture these places so clearly? Did you go to Weeki Wachee? I can honestly say that the Weeki Wachee mermaid show is one of the weirdest things I’ve seen in my life—in part because none of the other show-goers seemed to acknowledge how weird it was.

LG: I so agree with you that Weeki Wachee was surreal because of how little it seemed surreal to the audience. I loved it so much I wanted to stay for show after show after show. After ten years here, yes, I’ve visited a lot of Florida, but because I travel so much for work, I don’t see enough of my home state. I want to see more. I want to find all the good dive-bars, the wild bits of old Florida, the strangeness in this strange state.

RE: Your story “Ghosts and Empties” gives an intimate picture of Gainesville, specifically the Duck Pond area. You describe the makeup of the neighborhood—“huge Victorian houses radiating outward into nineteen-twenties bungalows, then mid-century modern ranches at the edges”—and how it evolved from wealthy to poor and then re-gentrified. The story even covers the strangeness of Bo Diddley Plaza, once the site of an active Occupy movement, but in the story (as in real life), the plaza has been barricaded to keep out unhoused people while the city spruces up the park.

The goings-on in the neighborhood act as a microcosm of the state of the world, with its racism and classism, imbalances of privilege, and violence. Even in the Duck Pond itself, a cygnet is eaten “in small bites” by an otter. It feels vulnerable to write so truthfully. Were there challenges to writing about your own neighborhood?

LG: All of my anxieties in writing about my own neighborhood came alive one day when my mailman knocked on my door and told me he’d read “Ghosts and Empties,” and that he didn’t like it. I felt my heart shrivel up into a little dead bud. “Oh no!” I said and almost cried. And then he laughed said he didn’t like it because I didn’t write him into it, but actually he thought it was an interesting story. (A side-note—I always wonder why I get my issue of the magazine a week later than most people, hmm). You’ll always have a critic if you’re a writer, but it takes a special kind of bullheadedness to criticize your own home, the people you see on a daily basis, the people who look out for your house when you’re away and will tell you if your kid gets into trouble. There was other, subtle fallout from that story, too, primarily that a lot of the houses whose interiors I described in my character’s nighttime flaneurism suddenly installed window blinds. Oh well. The older I get, the more impatient I get with the heartbreaking way American society is built, and the hungrier I am to write about it, and I only have my own experience to write from.