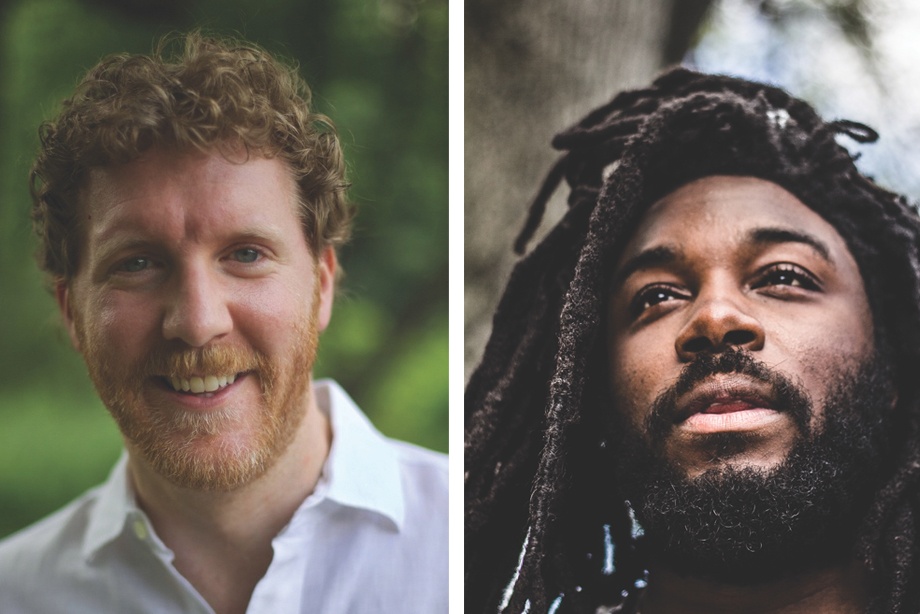 Lauren Gibaldi
The Sunshine State Author Series brings top-notch writers of children’s and young adult literature to Orange County for public readings, writing workshops and visits with students to spark interest in reading. Each featured writer has written a book that has been on the Sunshine State Young Readers Award or Florida Teen Reads lists.

Jason Reynolds is the author of Ghost, a finalist for the 2016 National Book Award; When I Was the Greatest, for which he was the recipient of the Coretta Scott King/John Steptoe Award for New Talent; Boy in the Black Suit; As Brave As You, a Time Book of the Year and winner of the Kirkus Award; and All American Boys, co-written with Brendan Kiely.

Brendan Kiely received his MFA from the City College of New York. His debut novel, The Gospel of Winter, has been published in ten languages, was selected as one of the American Library Association’s Top Ten Best Fiction for Young Adults 2015, and was a Kirkus Reviews selection for the Best of 2014. He is also the author of The Last True Love Story and co-author of All American Boys.

All American Boys explores issues of race through the eyes of a victim of police brutality and the police officer’s son. The authors, who will appear next week in Orlando, spoke with OCLS librarian and YA author, Lauren Gibaldi, about their award-winning book. 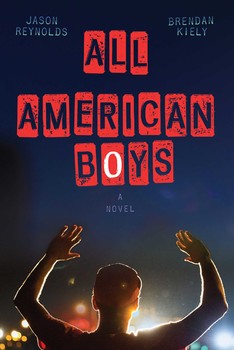 Lauren Gibaldi: Congratulations on a tremendously touching book. What inspired you to write All American Boys?

Jason Reynolds: Brendan and I met in the midst of a pretty contentious moment in America. George Zimmerman had just been acquitted for the murder of Trayvon Martin, and Brendan and I, still strangers to one another at the time, were put on tour together to promote our debut novels. Neither of us wanted to be the one to bring it up, but both of us wanted to talk about it. And once the seal was cracked, we didn’t just journey, we dove head first down the rabbit hole of honesty and discomfort.

Brendan Kiely: In a sense, our friendship was born in the crucible of opening up and speaking very frankly and honestly with each other about race, racism and violence. As our tour continued, one news story after another about police violence against men and women of color came out, and we kept talking about it and feeling more and more angry.

JR: Once Michael Brown was killed in Ferguson, we felt obligated to honor the young people and activate the only weapon either of us are confident in wielding — the word.

BK: Because we write predominantly for young people, we had to do something to help young folks process this injustice and violence in a safe space, so we agreed to write a novel to help them and all the adults who care about them do just that.

LG: Why did you find it essential to have the story be told by both of your voices?

JR: For too long the issue, or at least the narrative around the issue, has been thin-sliced into a conversation about people of color. So our goal was to simply unpack it a bit, add some nuance and complexity, and shed light on what has seemed to be a one-sided conversation for a very long time.

BK: As a black man and a white man writing together, we could each tell half the story from our own authentic cultural backgrounds and put those two narratives in conversation with each other. This is particularly important for my side of the story. Quinn’s narrative is really about learning to listen to the truth of what happened to Rashad. This is also true for our country – it is essential that white people like me stop and listen to the experiential truths coming from communities of color, to listen closely and carefully, and not dismiss each story because they are uncomfortable for us to hear.

LG: How did the writing process go, creating the alternate chapters?

JR: We simply laid out a loose outline, traded the first chapter, then did our own thing for the majority of the rest of the book. So the beauty in the process was the surprise at how much our stories matched up.

BK: We trusted each other one hundred percent with the other half of the story. There was a certain kind of magic in that blind trust.

LG: What have been some of the more memorable moments since the publication of the book?

JR: There have been so many moments. Talking to a young black girl in Philadelphia who wanted to know if I ever want to change the color of my skin, to young white kids wanting to know how they can get involved. Seeing it as a theatrical performance was amazing. Being hugged by a [school resource] officer who looked us in the face and told us how proud she was of us. Emails from the wives of police officers who’ve read it together and had great conversation around it.

BK: The most memorable moments for me have been the conversations we’ve had with young people – and we’ve spoken with roughly 35,000 students across the country – because no matter where we are, no matter the demographics of the community, rich or poor, black or white or Latino, the young folks have wanted to talk about it all. They are yearning for adults to provide for them a chance to process it all in an honest and healthy way. Kids of all backgrounds see the injustice, see the violence, see the public reactions to it, and want to talk about it all.

LG: How do you hope All American Boys helps teens today?

JR: There are no answers in this book. Only questions. Our mission was to simply create a tool, a framework for young people, and all others, to have uncomfortable discourse.

BK: Young folks all across the country want to see a more just world, want to address the history of racism and the contemporary experience of racism, systemic racism and institutional racism head on. They are powerful, courageous, brilliant and compassionate, and we hope our book provides them with a mirror so they can see all those qualities they have reflected back at them, to keep them motivated to change the world because we believe they can.