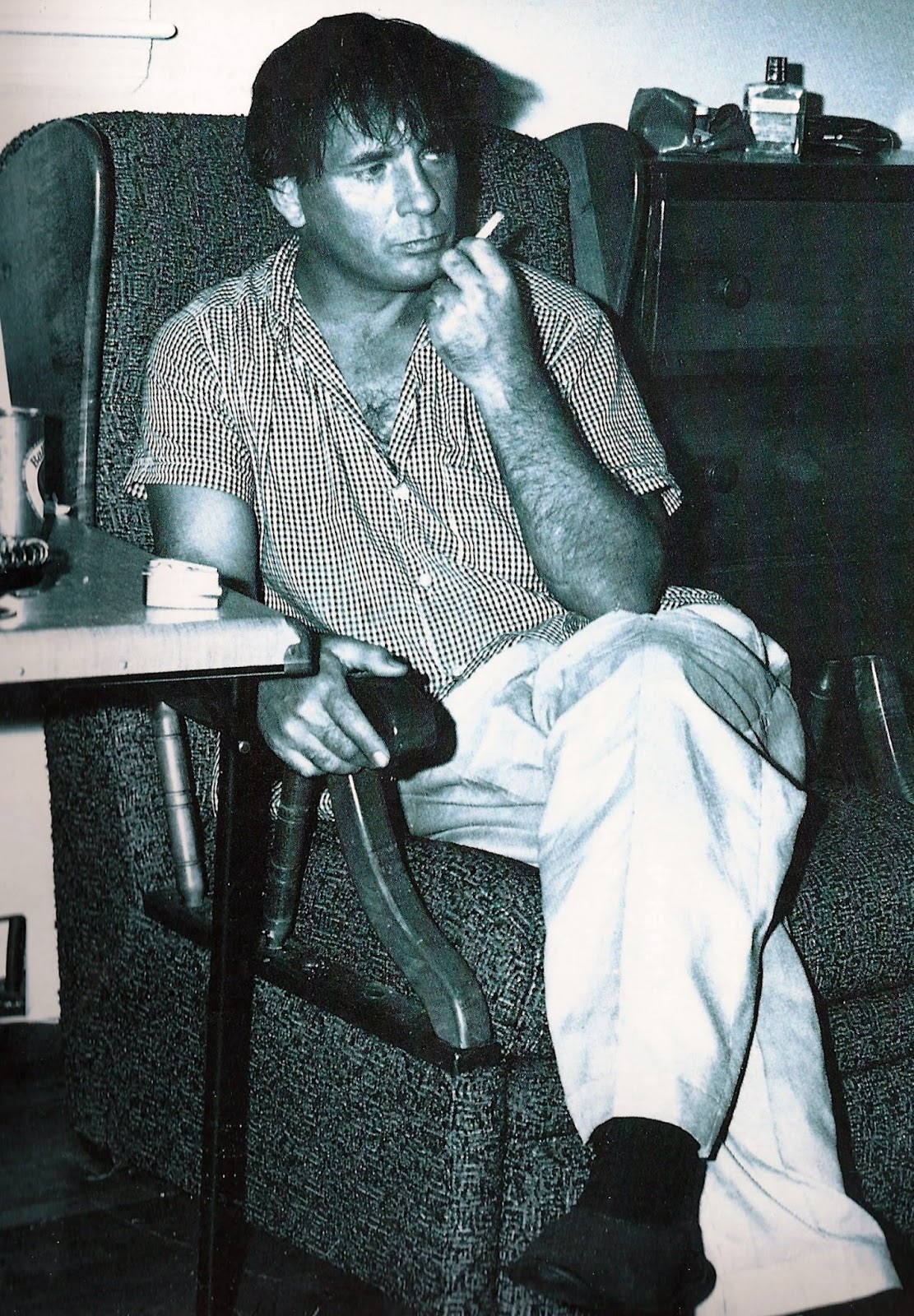 Karen Price
Today is the 60th anniversary of the publication of Kerouac’s On The Road and there’s a celebration at Jack’s place in Orlando, Florida, where the Kerouac Project has housed a writer-in-residence program since 2000. The chair in which he spent his last days, originally from his house in St. Petersburg, has since been salvaged and now resides in the back room of the Orlando house. 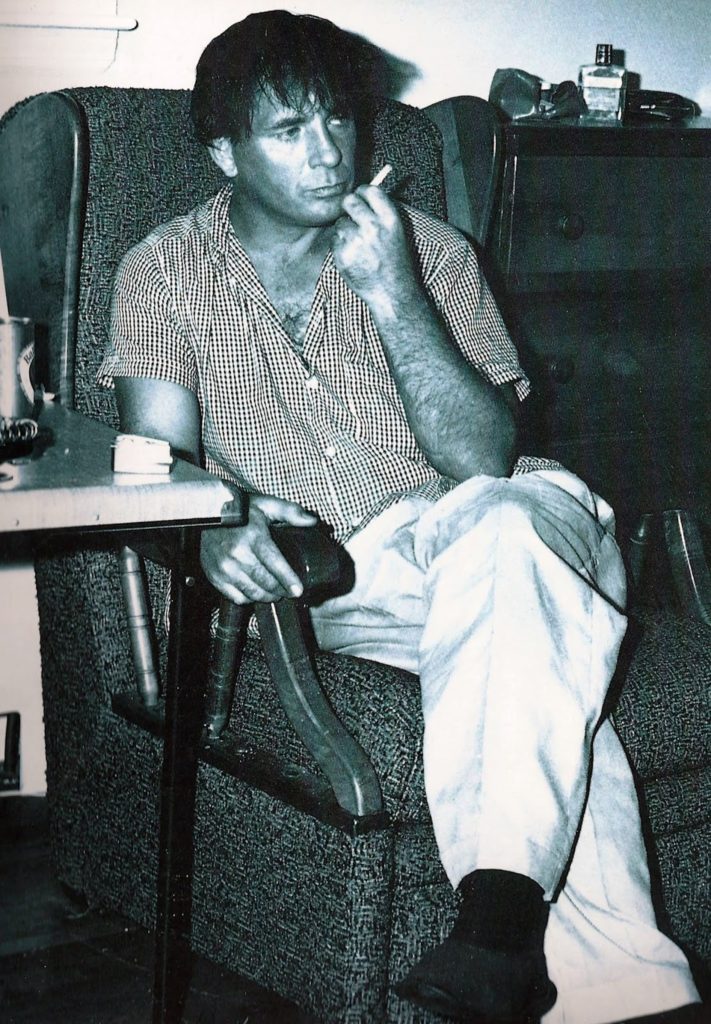 There’s something haunting about the chair. It commands the back room of the small cottage on Clouser Avenue in Orlando like some sort of derelict general. The stain on its headrest can only be from dirty hair, or perhaps some old-school product such as Brylcreem or Vitalis. Near the headrest is a hole that opens to the chair’s interior. The first time I approached the chair, I wondered if it reclined, and I pushed it back with my hand. When it fell back, sawdust spilled out of the inside of the chair and onto the worn linoleum floor. I imagined a mouse living there, digging into the heavy weave and building a nest for its babies.

The chair was rescued from the house in St. Petersburg where Jack Kerouac spent his last years. It had been alone in the empty, closed-up house for years, a sad reminder of what Jack had become. Until someone found photos in a book of Jack sitting in the chair, I doubted that it was his. In one of the photographs, Jack’s legs are crossed, and he’s holding an unlit cigarette. His head is sweaty, and he’s wearing khaki pants and a checked shirt. A can of beer sits in the table next to him, and from Jack’s demeanor in the photo, it looks like it isn’t his first. In another, the cigarette is lit, and a woman—perhaps his third and last wife, Stella—sits on his lap, facing him. Her hand rests on his knee, and he is gesticulating. His mouth is open as if he is speaking.

Not long after Jack and his mother moved to the Orlando house in 1957, On the Road was published. Jack went to Manhattan to await the reception of his novel and, nervous with anticipation, left his girlfriend Joyce Johnson’s apartment early on publication day to buy a copy of The New York Times. He needn’t have worried. In his review, Gilbert Millstein wrote that the novel “is the most beautifully executed, the clearest and the most important utterance yet made by the generation Kerouac himself named years ago as ‘beat,’ and whose principal avatar he is.” Not long after, Joyce couldn’t take any more of Jack’s carousing and kicked him out of her apartment. Jack returned to Orlando and, in a Benzedrine-fueled frenzy that lasted twelve days, wrote The Dharma Bums, typing it on teletype scroll he’d bought at a local office supply store. He taped the scrolls together so he wouldn’t have to stop typing, and at end of the first draft, the scroll was 100 feet long. I imagine how his typewriter chattered throughout the night, sometimes in harmony with the tree frogs whose songs fill the Central Florida nights.

I compare the photographs from the book with the chair in front of me. Every detail matches perfectly, although the fabric on the seat and foot rest has been replaced. On the lower back of the chair now is a patch of light fabric, its edges carefully whip stitched. I imagine Stella or his mother, who both outlived him, leaning over the chair as they covered the hole forced into the upholstery by Jack’s body. Whether they did it before or after his death is unclear, but the neat stitches were done with care, as to preserve the memory of that body, the weight of it. I picture Jack sitting there in those final years, talking about books he still wanted to write and making notes for them, ideas that faded away when he opened the first beer of the day. I wonder if this is the same chair he sat in when his daughter, Jan, visited him at his home on Long Island. He had only just acknowledged that he was her father and had made little effort to know her. She said that he refused to leave his recliner during the visit, that he remained seated and drank whiskey and watched The Beverly Hillbillies.

Visitors to the Kerouac House in Orlando love the idea of sitting in Jack’s chair. Some joke that if they sit in it long enough, they will gain inspiration. But I imagine it soaked in sweat and alcohol, reeking with lost hope. I imagine Jack sitting in this very chair when, near the end of his life, a reporter came to interview him. Sipping liquor from a pill vial, Jack said to the reporter, “I’m glad to see you, cause I’m very lonely here.” Six weeks later, he was dead.