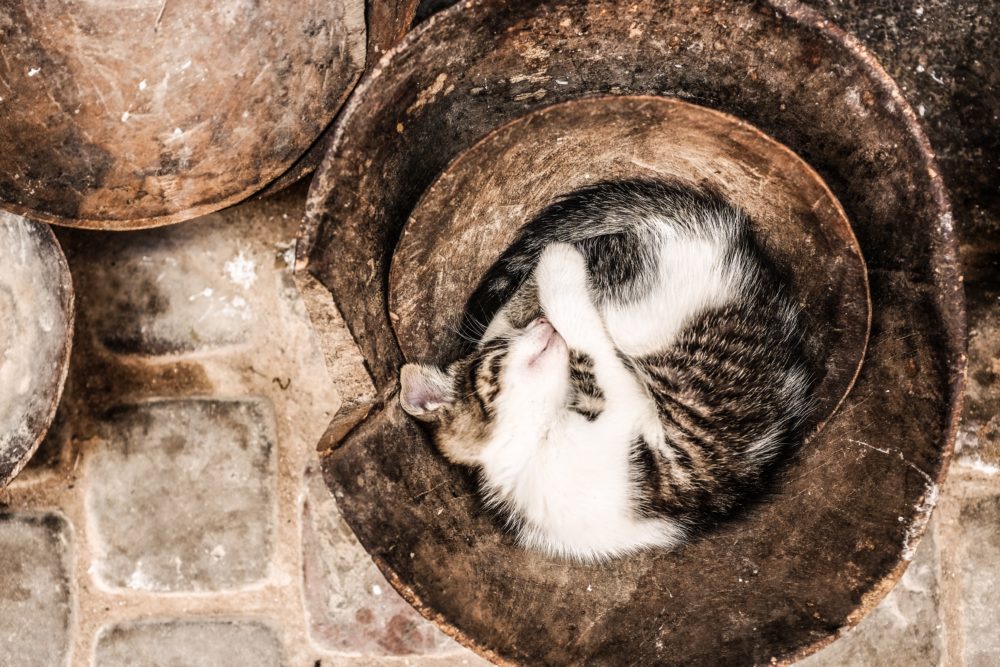 In This Story I am the Main Character

My favorite thing in the world is to watch a cyst excised. White bulge sputters out a small hole stretched wide, and at the end a reddish water too thin to be blood.  Doctors guarantee they can get it all, and in videos, they do! Squeeze until: some nub of turned out space. The bottom seam, where lint lives. Squeeze until: it is only a gash, and clean.

I am not the only one of my kind. Cyst searches are high among the phrases typed into the internet by people getting ready to go to sleep. Is anyone really surprised by that?

Says Drogonsky666: “Am I the only one who skips the numbing part?”

How does pleasure move if it isn’t in swell or burst? My boyfriend says it makes him feel bad when I can’t keep my pinching fingers away from what is swollen in him, but to that I say: How can you keep a bump unpunctured and still be happy being who you are?

I am happy being who I am. I am like a lot of other liked people. I, too, like what is widely liked. Who doesn’t hold that consensus makes her less alone? In one way, we are all alike.

I am lucky to have a boyfriend who can overlook my cystic proclivities. He struggles with me. He watches me watch for the pop. He says: “You are alone in liking that.”

That is the cyst. That is his chest. That is the known shape of a body in bed. That is his girlfriend straddling animal heft to hold him down, hands searching among jungled hair for a dark she can squeeze out. That is the wet in his eyes when I excise what is ugly about him and smear it between my fingernails. That is his face when I show him: this is what I know.

My boyfriend is less alone than I am, I think. He has me, and my mouth, and the cyst search history compounding in his computer, jumping up in hours he is asleep. He has a ponytail and allergies. He has a jar of raw honey he spoons into each day in order to acclimate to the allergens in his environment. He has a pragmatic outlook. He has organizational tabs in his email and an up to date calendar in his phone.

It was years ago when we were early on but I still think a lot about this thing that happened then. It happened at a dinner we were having. My boyfriend got the way he gets a glass or three in. Loosely strung between emotional poles, and swinging. He slurped down oysters and spilled on himself after we ate.

“When my mom was pregnant with me,” he said. “Dad set her kitten in the skillet and turned on the gas.”

I think I just looked at him.

“A joke,” he said. “Because he thought how funny it would be to see her confused. Watch the little paws jump the heat.” His hands made a motion. “How long before she got out, you know?”

My boyfriend was confused. “Did who hurt?” He wanted to know.

My boyfriend supports me, too, when I shake and cry. Nights I wake with old news in my body, he pets me. I go big and then small in his arms. He does not understand what the what is that makes me this way, and he does not ask me. We both know what we know.

He holds me and I cry and I stop crying and he holds me and cresting me is him, always, and his words, unchanged, no matter when in the grief we’re found.

“Shhh,” he says, as if my sadness alone made noise.

I want to tell him about the community of cyst searchers I have found online, who view like I do, tensed to see all the things that can come out of one hole. I want to say: “Look! This is a solar comedone, and this is something infected and sebaceous and this is just a blackhead, but its curl goes on for so long!” I want to show him what has been here for years, a pimple that must be popped with a circular punch, an array of tools laid clean on medical gauze. I want to show him the compilations edited together by dermatologists, uploaded “for medical education”, tagged “not safe for everyone.” I want to show him the hordes who comment that we are sick to watch cyst excision, but watch it we do, and why not? I want to show him how good guilt can feel.

I turn the volume up high so he can hear the small talk exchanged between dermatologist and patient while she pinches and torques a lump on his cheek.

My boyfriend rolls his eyes. “Must we?”

The dermatologist is trying to keep the mood cheerful. She jokes that the man will be the hottest commodity at his nursing home when she is through with him. Does he flirt with the little old ladies, she wants to know?

The man’s cheek quivers when he speaks, globules of fat and crease folding into rolls which puff and bulge: “One gal I sat down with at lunch and started talking to, but she couldn’t hear me. I asked a nurse. She said: she can’t hear you.”

The dermatologist is the only other person in the room, so when she laughs, she laughs alone. She digs into the man with surgical scissors, stretching skin to rip a larger cut. “Do you feel anything?” she asks him. “Tell me if you feel anything. You shouldn’t be able to feel anything at all.”

My boyfriend looks at me. He pauses the video. “No,” he says.

I do not understand my boyfriend. “No what?”

My boyfriend does not understand me. “What do you mean,” he asks. “No what?”

xXParashoothemoonXx says: “I used to sit in front of my mirror every Sunday from like fourteen till a few years ago and use a needle and tweezers and one of those flat extractors and just wreck my face. Even if I felt a little bump but it wasn’t like red or noticeable, I had to get rid of it. I got yelled at a lot and now also I am scarred lol.”

“Your problem is implicit in the needs that bred it,” my boyfriend tells me. He slides his boxers back over something limp. He gets off our bed and walks into the other room.

I think about my boyfriend’s opinion. What I think is: which problem isn’t implicit in the needs that bred it? We are begun all, under skin.

“Will you come back in here please?” I yell.

He comes back in with his honey, and his spoon. “What is it that you don’t understand?” he asks.

I lie in bed and look at him and what I am thinking of is a smaller me, clasping the cat in my arms until it held absolutely still. I am thinking of her whole shivering body condensed to bolt. I am thinking about how grabby I get with breathing’s byproducts: the ferns sheared by fingers on hikes, the scabs scraped and eaten, the observed mucus in the used tissue, the cuticles shredded by busy teeth, hoarded ingestions, all, of an abjected self. I am thinking of how you can be either a cat person or a dog person and everyone in the world wants to know which one and it means something to make the choice between a cat and a dog, as if it were always the choice to be made, between a cat and a dog, and has there ever been a point at which it was possible to like something alive without swallowing it whole?

“Are you a cat person or a dog person?” I ask my boyfriend.

“Why won’t you want what I want you to want?”

“Don’t do that voice!” I say. “Why are you making it sound like I sound like that?”

My boyfriend sucks his honey spoon.

“Are you what you eat?” I ask. “Are you, in turn, edible? Are you sneezing less because you are internalizing more?”

“Do you or do you not,” my boyfriend asks, “like to have sex with me?”

“Do you even want to know the rest?” I asked him.

He said: “I had a dream in which I was getting a root canal. Do you want to hear about that?”

“In my dream,” I told him. “I had contracted something between cancer and a degenerative lung disease. You knew about it and then I got surgery to get the growth removed and when I came to, it was only me and the doctor and the doctor said that in fact the growth was everywhere, in all of me, that my body basically was the growth, and he could not take it out. He told me to expect to live like this awhile longer—maybe ten years—but to die pretty quickly after that.”

“That’s fucked up,” my boyfriend said.

“And I knew I had to tell you. I had always thought, you know, that that would be something I might be good at—having to tell other people that I was dying—but all of a sudden I found that it was hard and that I was scared of dying and didn’t want to die and I broke down in tears and you said: ‘well, it is understandable that you would cry right now because you’ve just gone through something traumatic, but the important thing is that it’s over now and you have your health.’ And I couldn’t, didn’t want to, tell you that in fact I didn’t have my health, and that I would never have it, until eventually I would die before you did and you would see it, or else, you would leave.”

“Kitten,” my boyfriend said, “it can be boring to hear someone else’s dream.”