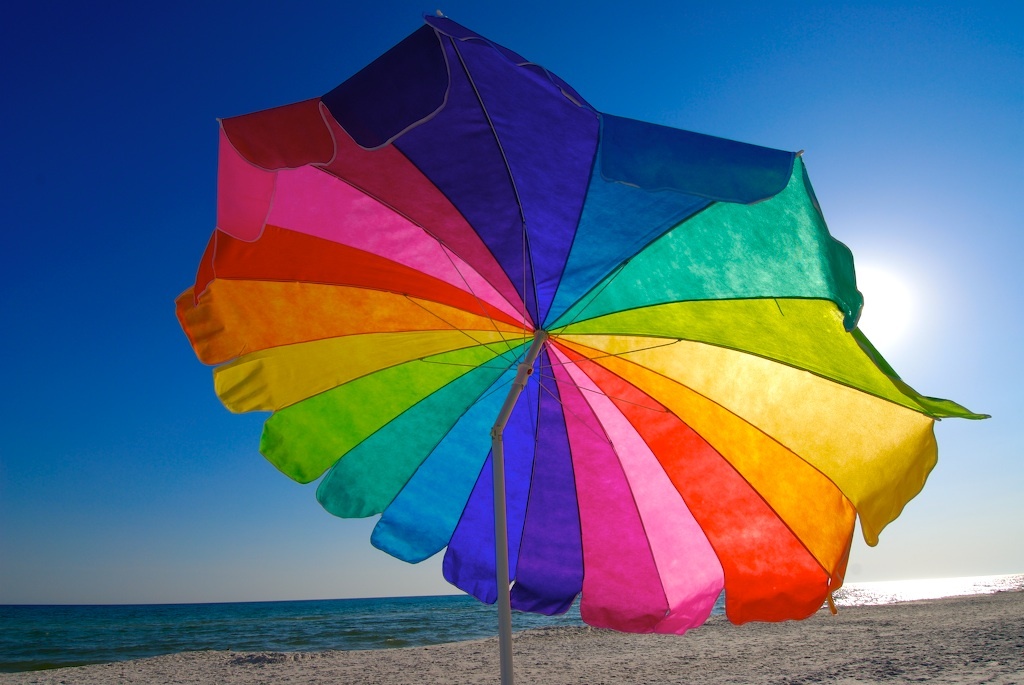 How to Move to Orlando

Your husband gets a job offer. You shake your head. Florida? You are raising boys; two now, another on the way. They are white boys and you worry about Confederate flags and suburbs where everyone looks like you. You’ve been doing this parenting thing long enough to know you’ll fail at just about everything, but you still believe you can shape them into men who understand their privilege is a stolen shirt that others continue to pay for. You still believe you can teach them how to wear that shirt well, even shrug it off. You believe things can change.

It’s 2002 and just last year you went on vacation and took these boys to Disney World, a place you don’t care if you’ll ever see again. You took a drive north of the city. Every billboard you passed promised X-rated truck stops for couples, pleas not to “stop a beating heart,” and life-like drawings of “unsaved” teenagers preparing to walk into an eternity of flames. Jeez, you said to your husband when you passed one with a gun: “Visitor Warning: Florida residents can use deadly force.” So much for the Sunshine State.

These people are not your people. You know these people—grew up with lots of them, continue to love many—but you purposefully live in Denver and while the Midwest side of you describes the most extreme of these friends as “granola,” you like being at a dinner table where you’re not the only person with a different political opinion.

Still, you’re aware that none of these perceptions may be fair. You were first-trimester cranky in Orlando, nauseous and exhausted. You realize that you’re being judgmental, enforcing stereotypes… acting exactly like the person you’re trying so hard to make sure your sons don’t become.

I thought Disney was fun, your husband says.

The company re-shapes the offer and turns it into something you and your husband can’t refuse: relocate or take a severance package. The company you worked for went bankrupt and you were only part-time, anyway. Your health insurance is with your husband’s company. There’s a possibility your unborn son has Down’s Syndrome. You don’t know what this might mean, what he might need—is that a preexisting condition?—and neither of you are brave enough to find out.

He’s given a choice: Dallas or Orlando, making the non-decision easier. Texas is Texas. You don’t even consider it. Orlando it is.

You arrive in August, nine months pregnant. The heat, God, the heat. It sits on your chest, panting. Your sunglasses fog when you open the front door. You grew up near Missouri, but you’ve been in Denver for seven years. You can’t get a deep breath. You burn your legs on the car seat. You are always “moist,” a word you hate. You wonder what the hell you’ve done.

A neighbor stops by to introduce himself and to let you know that there was a coral snake in the yard next to yours. How much does that one weigh? he asks and points to your five-year-old. You tell him about 45 pounds and he tells you how quickly either one of your sons can die from a bite. You got about 40 minutes to make it to the ER. Before you can nod, he tells you there’s a gator in the retention pond. He’s been sunning himself in driveways. Maybe take a look before you open the garage door.

You are in a suburb. A suburb. You don’t know how to inform your new neighbor of this. Your son runs up with a grasshopper in his hand. It’s easily seven inches long. You lived on a farm until you were six, played in the fields and the creek. You rammed snakes with your toy trucks. But you are not prepared for this.

Right away you fall in friend-love with your next-door neighbor, a transplant from upstate New York and a mom like you who’s convinced the only thing that can save some days is wine. Almost everyone, you soon find out, is a transplant. One of your neighbors is Puerto Rican, another Cuban. Your son’s kindergarten class is more diverse than you hoped. More diverse, really, than his Denver preschool. They learn Spanish words after recess. Next year, his teacher will slip in and out of Creole. One of his friends makes two cards for Mother’s Day. Six years later, when Obama is elected and you surprise yourself by bursting into tears—I just never thought I’d live long enough to see this!—your sons look at you, confused.

Your boys grow. Thirteen years pass. You’ve been to just about every Disney hotel, every theme park attraction. You find yourself remarking on Disney’s attention to detail, their clear dedication to excellence. You sound like an ad. (You don’t apologize for this. Disney is fun.) You take your sons to see the alligators on the banks of the Black Hammock. You slow down for wild chickens that form protests outside of Popeye’s. You eat grapefruit from your backyard. Every February—while your Denver friends scrape their cars—you host a porch party and friends bring their juicers and vodka. You still smile every time you drive down your street, the moss heavy in the trees above you.

You make friends; most of them are smart, funny women you can’t live without. Some share your views. Some don’t. You’ve come to the age where you like it that way. You realize it’s just a tiny bit narcissistic, isn’t it? to seek only those who think the way you do. But you find Orlando to be an oasis; a safer, more open-minded place than the conservative Florida you read about in the news. On January 6, 2015, forty-four same-sex couples marry at Orlando City Hall. One of your most politically-conservative straight friends is there, weeping at all the love.

Between carpool and freelance gigs, you go back to school at the University of Central Florida, tick off writing classes one at a time. You make writer friends, the people you always seek when you move somewhere new. They show you their Orlando, the independent publishers, the slam poets, the local talent you sit in awe of. One of them takes you to Hamburger Mary’s and then the Parliament House. You love how short the lines are for the women’s restroom. Years later, you return to Ritzy Rags and visit Miss T., who fits your friend with a wig just a few weeks before the chemo makes her need it.

You like UCF so much you convince them to let you stay. You send your students to breadlines and Title One schools, the Zebra Coalition and homeless shelters. Sometimes, you go with them. You meet a retired lawyer who spends her weekends at a picnic table in Lake Eola Park, giving free legal aid to people who are homeless. You watch the Food Not Bombs activists get arrested for serving vegan meals to these same people… and you watch them return next week. You join 150,000 people when they flood the streets for a Pride parade and you recognize city council members you didn’t vote for on the floats.

You’re in your forties by now and you haven’t been naïve for a long time. But there are news stories in your backyard that shock and sadden you. Sometimes, this city of yours is disappointing, even difficult to love. Still, you’re family now, you and Orlando. You believe in its people.

It is only after the shooting that you seek to define “who” the real Orlando is or how much it matters to you that the world gets it right. But this need doesn’t occur to you right away.

You spend the first few hours shivering, texting friends who took you dancing in clubs nearby. You hit your Facebook app again and again. You start a group chat with friends you teach with. You add names of students who checked in. Ryan is fine. Edgar’s out of town. Malcolm just marked himself Safe. You cry, but it’s in a distracted way, a fly circling your head. You keep waiting for The List, fear and grief tight in your throat.

You hear your friend Amber is on CNN, holding a mother who waits. You learn her son Dru is missing, a man you’ve never met but whom two friends love. His boyfriend is dead. You start another group chat. You say prayers, but only because that’s the noise your head makes. What’s done is done. And anyway, you don’t expect prayer to change anything but you… and you’re too numb to know what that might look like.

It takes a few days for you to get angry, although your friend Mark is instantly cold with rage. Words fail him. This worries you: Mark can always find words. You search for your own words to say to him—to offer comfort, to support the community he’s an active part of, to say you’re sorry… God, you’re so sorry—but you don’t have any. For weeks, you don’t have anything to say.

But the lines to give blood circle the corners while hundreds wait in the Florida heat. Candlelight vigils flood the streets. Bikers wear angel wings and line the roads. Hospitals waive fees. Over $8 million dollars are raised. People sign up to take home pets who wait and wait at doors that will never again open to the person who left the night before. Your friend Amber’s church, filled with fundamental Christians, pray that Dru is only missing. And then, later—his name Number 25 on The List—they hold her while she weeps. They spend hours next to her on their knees. You don’t know what anything else means, but you know love when you see it.