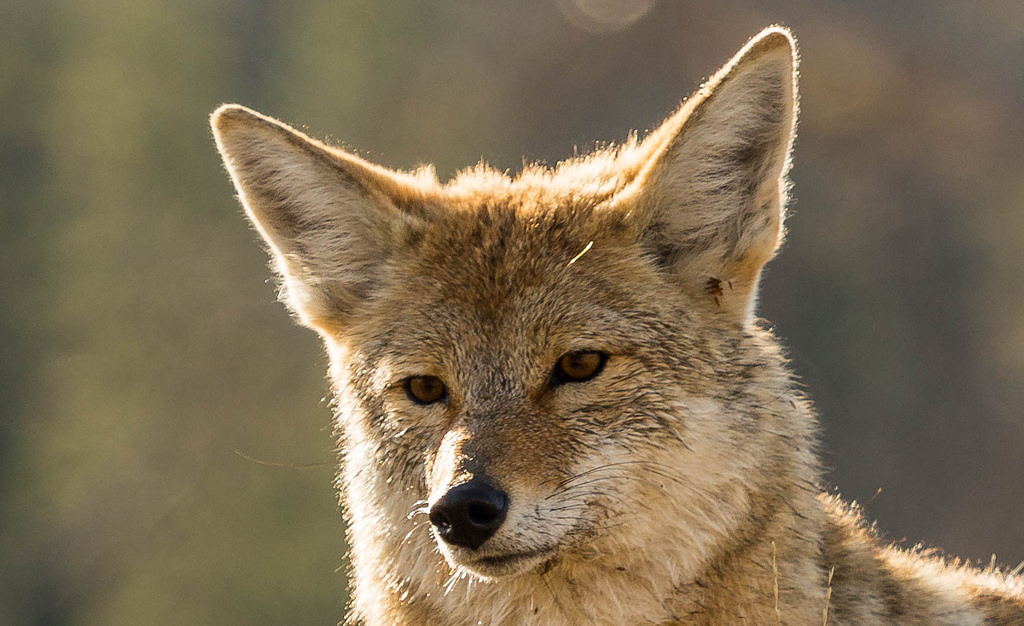 The coyote stopped at the edge of the well, a warning rumbling in her throat. On the way up the hill, her entire body telegraphed a change in the air. The smell of decay pulsed in her nostrils, and her tail was working overtime, whiplashing the flies from the furless patches of skin on her haunch. The signals ran from one end of her body to the other. Heat begat the smell, begat the flies, begat the tail. She was used to such stimuli and response hardwired into her frantic gait, even without the all-consuming hunger that clouded her mind. At the rim of the stone circle, however, she found no evidence of water or the potentially nourishing rot her senses were screaming for. She leaned out to nose the rope creaking down in the darkness. The weight of a bucket hung suspended from it, now swaying over an empty hole, where it had previously bobbed and sloshed years before. Her snout nudged the rope to swinging, but the weight of the gold coins heaped inside slowed and stopped it pretty quick.

Before the well had dried up, when the bucket had still been half underwater, the waves of sunlight playing against these coins had kept most every horsefly at bay. Now the bucket hung limp and splintered, baking in the daylight and this new brick oven, and the gold coins had lost the dance of their former amplified reflection. The coyote didn’t know a dance of light was an amazing natural deterrent to any insect. To her, everything was just a new source of agony.

And now, without the shine of the water, the flies could bite and sting her sores with impunity.

But she was ready to make the trade, winged torment for the promise of carrion. And although the coyote had no way of knowing this booty was the cause of today’s misery, or at least these riches were no longer working with the shimmering well water to make her world more bearable, she had experienced a reprieve once before.

A week earlier, she’d swallowed a penny while lapping water from a teacup, one of fifty balanced along a rancher’s fence posts. This rancher had left cups of water and copper along his border in order to keep his daughter from being troubled by flies at her upcoming nuptials. But the rancher had caught the coyote upending the cup, and had even taken a shot at her, despite his daughter’s pleas to please, please leave her be, as the rancher’s daughter had seen the low hang of the coyote’s belly that concealed an imminent birth. This was a condition the rancher’s daughter knew something about, also the reason her wedding was being held in a dusty backyard rather than a nearby church, or even the rancher’s gun store, where his own brother had tied the knot two years before. But her wedding would never occur, not because of the swarms, but because the groom never showed. However, the rancher’s daughter’s belly wouldn’t wait for another suitor.

The three of them would eventually gather the rest of the pennies in silence, the baby in her belly kicking against the jostle of her sobs.

The pups inside the coyote kicked against dream space as their mother nosed the rope again, hoping for any last splash of moisture or mud to chew. But due to increasing desperation and the change in her center of gravity, she leaned too far over the edge of the well, and she tumbled on in.

The flies followed her down at their leisure.

Years later, the rancher would leave his dying crops behind and drag a cot into his bankrupt gun store, first uprooting his daughter and his strange little grandson, then kicking them out of his life in disgrace. And this bucket of gold would go undiscovered for a decade, until drought turned every well in the state into a treasure hunt. The celebration of a local gang who would one day discover these riches would be muted due to drunkenness and dehydration, but the leader of the gang would be excited enough to lean over the rim when he caught a flash of gold on the bottom. Not realizing it was a copper Indian headdress circa 1893 rather than Lady Liberty’s profile that shined in the rib cage of the coyote’s ghostly outline, not far from the skulls of her litter, his greed would send him crashing to the bottom after it.

His gang would leave him down there for a long, long time, punishing him for grudges real and imagined, but mostly leaving him down there due to forgetfulness as they divided up the gold on booze and debts, fully expecting him to be dead when they returned, ready to pretend his death was a surprise.

But the leader of the gang had been underestimated since birth, weakness assigned by strangers due to pale skin prone to sunburn and blazing orange hair. He would survive his long nights in the well by counting the tiny skulls in the cradle of bones and sucking on that penny, fooling his body with the extra saliva that this created. He would survive months down there through pure force of will, amazed to find the well provided everything he needed. And every night would be a lesson in resentment, something he’d remember for the rest of his life. And although there were about a dozen other lessons he learned at the bottom of that well, like lessons in resilience, stubbornness, and determination, he would focus only on recitations that fortified him with hatred, the surprise secret of immortality, as he sucked on a penny and talked to his dogs.