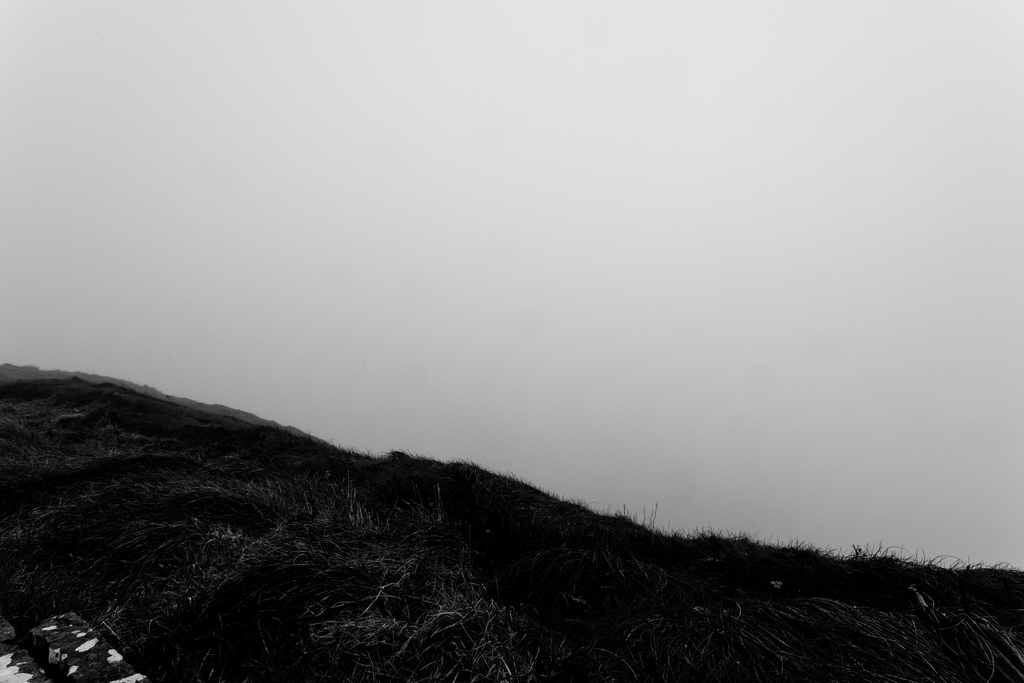 I could be nude beneath the fog’s fleece. I’m invisible as God, who wraps his modest shawl around Scarborough. The Yorkshire coast is blind. The ships are blind; they can’t see their own masts. Their bones might soon wash up in a spray of spume.

The grindstone tide rumbles beneath a foghorn’s lament. The sea will eventually pulverize the coastline, along with the mountain and the castle behind me. I know they’re behind me, though I can’t see them through the white weather. I can’t even see the end of my leash—and my dog can’t see me. All we know is that we’re tethered, and there’s a sense of security in that.

A Bram Stoker quote, heard at a writer’s retreat in Dracula country, comes to my mind: “Only God can guide us in the fog, which seems to move with us.”

The foghorn repeats its mournful chorus as gulls shred the sky. As I wander against the wind, I don’t know that this will be the last day of my marriage. The strand is silver mercury, and slender rivulets mirror the grey like stretch marks. Scarborough. Borough of scars.

I might just fall off the castle cliff, the muscular leash tugging me toward the roar at every turn. Each step along the cliff-side trail to the castle is a trust fall. My foot taps the ground like a walking stick, making sure. Making sure I want to stay on the cliff, testing the liminal inch between me and the fall that looks infinitely soft and shallow. It seems as if I’d only fall a few feet and land in a cloud high above the tempest of high tide.

The leash tugs me from the cliff. I stumble through wall after wall of opacity, sheets on the line of my vision. My dog’s breath is a second tide, a roar I run toward. I follow his lungs. Nettles teeth the sail of my skirt on gorse-corseted footpaths. I rip my hem, step by step, as gulls shear the fog, seeing with their screams.

It’s terrifically exciting, being a lone, invisible girl walking an invisible beast along the edge of a siren song.