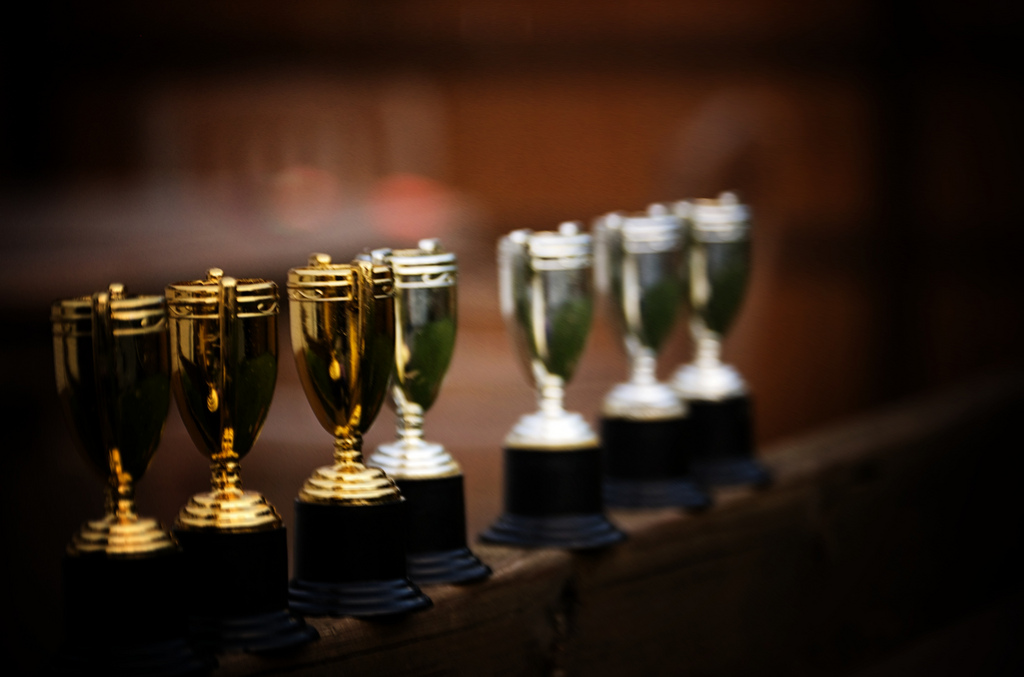 Glorify My Bones: On Being an Unworthy Cancer Survivor

“You are a survivor,” she tells me. “You fought, and you lived. Not many people can claim that at your age.”

“Our time is up for today,” she says, closing her notepad, sealing away my diagnosis for another day. “I’ll see you next week?”

I leave my shrink’s office with a curious feeling I’ve yet to grow used to. The feeling that I’ve achieved some sort of status I never earned, that I cheated the system. It’s like when you get a trophy for participation. You didn’t do much to earn it, yet you put it on your shelf anyway, where everyone can see. Look how good I was. Look how worthy I am.

I go about my day as I usually do. I go to class, where no one knows who I am. No one knows my story. They mill around me, offering a meager excuse me or sorry as they bump into my legs and my bag. I know nothing of them, except perhaps which sports teams or sororities they belong to. They know nothing of my past, nothing of how my shrink thinks it will affect my future, and nothing of my metaphorical trophy on the proverbial shelf. The one I don’t feel as though I’ve earned.

There is nothing glorious about cancer. Cancer is doctor visits, bleach white sheets, cold hands, loud machines. Cancer is pain on a scale from one to ten: what would you rate yours as today? Cancer is needles protruding from skin, tape marks littering your body, medical interns asking if they can sit in on your visit. They’re learning. Let them learn. Let them learn what cancer is. Cancer is the taste of chemo, though the doctors say there is no taste, but you insist there is, because a cold, metallic sensation fills your mouth whenever they slowly push that poison through your tubes. Cancer is reoccurrence—it’s back again, and this time it’s worse. Cancer is a losing battle, and even if you win, you’ll always keep an eye out. Because cancer is immortal—and it is anything but glorious.

But we glorify its survivors and victims. We praise them for their strength. We commend them for their resilience. We clap our hands and stay far enough away, just in case cancer is contagious. We don’t want that glory; we’ll get ours somewhere else.

If there were a scale of how much cancer you could have, I would have had “a touch of cancer.” Like a touch of the flu, I didn’t experience the full thing. Just enough to get that participation trophy.

First it was in the head, and we scraped that out, putting a metal plate in its place.

Then it came back on the other side of the skull, my bone disintegrating beneath its weight.

Back again—this time in my arm, my ribs, my spine, my shin.

Chemotherapy: round three—just to make sure we kill any remaining cells that wanted to munch on my bones in the future.

I wasn’t even a good cancer patient. I skipped out on taking my medicine, a lot. You’d think under the dire circumstances of life or death, I’d remember to take my medicine, but the truth is, I often forgot. What’s worse is that for a few months during my sophomore year of high school, during Chemotherapy: Round Two, I stopped taking my pills. Why? They made my face bloat. How naïve and superficial it all seems now, but I was embarrassed by the roundness in my cheeks. I would lie to my mother, the pills hidden under my tongue. After a few months, the doctors confronted me. My face was too thin for the drug regimen I was on; they’d caught me red-handed. Didn’t I want to live?

I grew up surrounded by the real cancer patients, though. The ones who were actually fighting, not hiding their meds under their tongues and burying them in the trash. The ones who deserved the title of survivor. Unlike me, they lost their hair. They had to be hospitalized after each and every treatment. And even though during my second bout with the drug, I too was hospitalized, they somehow always had it worse than I did. Or at least that’s how I saw it. They were the fighters, not me. They are the ones who deserve your glorification. Not me.

My bones had cancer. My veins had chemotherapy. And I—well I just sat there, lay there, curled up in a ball there—and dealt with it.

“You’re a fighter,” they would tell me. “They” being everyone.

I didn’t feel like a fighter, though. If anything, the doctors were the fighters. They were the ones who pushed the drugs into my IV. I just had to sit there. If anything, it was the chemotherapy that was the fighter. It was the chemotherapy that battled my cancer cells, kicking and punching and pushing until they gave up, deserted my bones, and left me alone. All I had to do was sit there. I never even lost my hair.

If anything deserves glory, it is my bones, for allowing the cancer to make a home in them, to their detriment. My bones knew real sacrifice.

If anyone deserves glory, it is my doctors, for finding the culprit and arming themselves, and me, for the fight. My doctors knew what to fight with.

If anything deserves glory, it is the chemotherapy, coursing through my veins, expelling the danger, keeping me safe. My chemotherapy knew how to fight.

I merely sat there, a battlefield for all of them to fight on. And I earned my survivor label. I got a trophy.

A few years ago, my younger sister had to write an essay in school about who her hero is. Though she never let me read it, she told me she wrote about me. She said I was her hero, for fighting, for surviving.

“But I didn’t really do anything,” I told her.

“You did more than a lot of people ever have to do,” she responded.

Just last month, after nearly four years of being “clean,” I had a scare. My head had begun to hurt again. Though it didn’t feel like last time, it felt bad enough that I told my oncologist about it. When I went in for my yearly X-rays, my oncologist was worried about the symptoms I’d been experiencing. She called my older sister, a pediatric nurse who credits her career choice to me, and told her to take me to the Emergency Room.

I spent all day in bleached sheets, being greeted by new doctors and nurses every few hours when the shifts would change. They were waiting to get me an MRI. I fell asleep in the bed halfway through the day, awakening to find my mother in the room.

I suddenly felt like a kid again, not the cancer-free adult I’ve been for years now. I ate chicken noodle soup and Goldfish crackers while I awaited my scan results. My mother called my father with frequent updates. She stared at me with worried eyes I had not seen in awhile, eyes I’d hoped I’d never see again.

And all I could think was not again. Because even though I feel unworthy of the title “cancer survivor,” I will gladly accept it over “patient.”

The scans came back clear. I was discharged from the ER and hurriedly went home to shower off the stench of hospital before my boyfriend came over. He kissed me and told me he loved me, that he was worried but so glad I was okay. He called me strong.

“It wasn’t that big a deal. I just sat in the ER and ate crackers,” I mumbled.

Me, always pushing away that glory.

The doctors never found anything. The pain is still there, but they assume it must be migraines. College students get stress migraines a lot, you know.

So for now, I resume the title of survivor. I dust off that participation trophy. And I hope to never earn another.