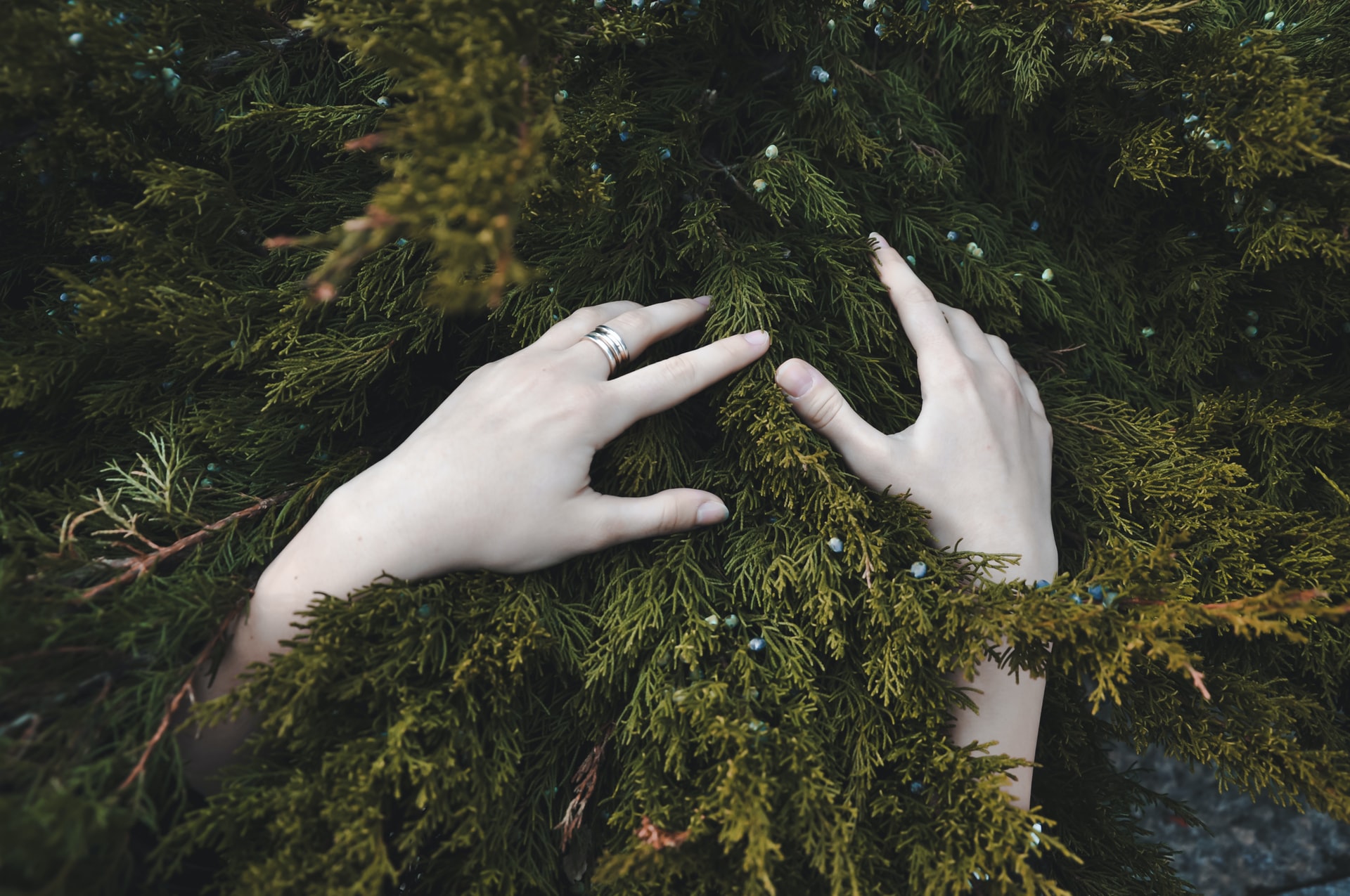 Translated from the Romanian by Claudia Serea

Iulia Militaru’s texts combine different types of speech, from medical and philosophy textbook paragraphs to witness accounts, police reports, obituaries, and other written forms. These poems are from her collection The Seizure of the Beast. A Post-research, in which Militaru turns everything we know and accept as poetry, truth, historical facts, philosophy, language, and other concepts on their head. A fierce feminist who explores the degrees by which speech and the performative act affect our relationship with the Other, Militaru creates unsettling idea collages that force us to examine the speech tropes throughout history and look at the world with unflinching eyes. The result is a text that draws surprising conclusions, points out absurd realities, and laughs in the face of norms. The reader is left dizzy and bludgeoned, wondering what happened—but at the same time delighted and surprisingly entertained.

1.
And any journey starts this way, by someone asking:
Why would you want to go there again?

The traces get lost in the road dust,
the boots follow them to the end
next to the endless brick mountains,
the last remains of some graves.

The smell of the ghosts still asleep and a few
butterflies in the dry ashes of the ground.

In the women’s section, the tourists
enter in the barrack #26. An old woman
walks among the wooden platforms,
stops, searches with her gaze, she shows us…
“Look, my bed was there”

Then, piles of clothes and the windows
with the hair of the dead. The hair resists. The hair.
It can be reused. Here are the products
made from that hair. Behind
the glass. In front of it, a woman dressed in bright
red. Has a picture taken with the remains.

The photo is the only testimonial.
The ones interested can find it on Facebook,
as a profile picture of a lady dressed in
b/right red.

He was walking through the snow with a bottle of Stalinskaya under his arm.

Speech is a way of sneaking through

to help the ones who don’t understand

to understand(what you want (subliminally)

We have to be uniform. Dammit’!

He slips on ice and falls on his behind.

Some kids start throwing hard snowballs toward him.

But once, in the abyss,
lucid ghosts trembled under the days’ decomposed fog.
No gesture could pierce their viscous placenta.

In the absence of the skeleton,
the skin of the dead emerged, crawled from the urns along the twilight.
No gesture could stop their sliding into the waves.

One over the other,
rotten, mixing through rough touches, white tissues, full of grass and mud, without the hardness of the burnt bones, without vertebrae thrust into the powder, snaking toward the top on a dry mountain, among parched boulders and brambles, leafless bushes that rustle with every whimper.

One over the other,
the remains of the bodies, thin strips of dehydrated flesh moved in the sticky, humid air like a yellowish paste, stolen by the wind, dragged through the other’s ashes, restless, without the night in which we often touch our organs to reassure ourselves of their presence and of our own life.

And only in those evenings of love and cold,
our experience proves that the matters we think are dead,
the rotten matters, always moved from the outside,
regain their activity and life when combined in certain ways.

The woman, a collection of holes dug into skin,
is breathless since a long time.
your hand will glide over the hills of her body,
your hand will bleed over her shapeless breasts,
without a sigh, without a gesture in response.

It’s true, to cover the cities and stones with green,
thick roots would have to sink deep into darkness,
and the clean skeleton would rise from the still-wet dust,
with soft knees, looking for the watery dirt,
the hard phalanges would thrust into it, silently,
and dig, wanting to be buried,
to build a daily shield from the mud.

The eyes, lifted from each cavernous hole,
bigger and bigger/more and more

Will search for light,
even more fiery/even more.

The metallurgic land: “To pierce the mountains instead of climbing them/ To dig the earth instead of raking it/ To punch the space instead of smoothing it

to transform the earth into Swiss cheese.”

Then your blood will strongly pulse in your veins,
rational spirits will frolic in the void between you,
free impulses will reign over the movement of the limbs.

Now, no sigh, no movement,
only the stiff woman and the hand
that searches/bleeds/digs

Iustina came my way with/without a body,
stepping slowly on pain in/without place.
I was left without HATE, people, let’s stand in line to get and hate the one before us,
hate him and kill him in terrible torture,
wordless,
people, let’s treat Iustina for her sickness, without her silence
I look at her profile, the way light slides on her bare back,
a veil of sorts,
BRILLIANT.
Her bare foot
fleshless, stepped slowly on pain. Turning the cave wheel with her helplessness, painting red my whip with frozen blood
and I hit hard
and I hit to hurt,
merciless. Let’s cure Iustina of her sickness. Anyone can win this right for only 39,90 lei.

Her silence is borne lightly,
whispering inside us,
and grows over that cursed place, over the castle on the mountaintop, over the terrifying ravine,
when I crush her livid body
matching so well
the snow
in that cold year like animal stillness,
white snowflakes adorn an innocent forehead
and the entire splendor gathers in her translucent womb, torn apart, through which I see her small-lit vagina, frenetically pulsing with each hit it takes,
shameless,
from Iustina’s pain, it lives on my lust.

In that cold, still year,
useless…

It was allowed for her to be oppressed –
only to overcome her in Heavens with the most flattering riches,
only to shower us on earth with the most delightful gifts.

The collectivization of the voice

1st Strophe: May my name be România/the one of all who threw their phallus to the dogs, glory to you women non-women you, the ones who can’t bear children in your wombs! Glory to you in the name of our father who, by tearing out his organ, he gifted you so you can drink; she, born out of his penis, not from his thigh like all of us; she, born from the self-sacrifice of the son in the name of the father, his woman, unlike all the others, has something immoral and perverse in gestures in words has the nerve to show us precisely the most dreadful traits that anyone else but her would try hiding them

1st Antistrophe: “The woman is not human. The more so as women, in fact, don’t think. They mimic human thinking. As with the aliens in the horror-SF movies, they borrow rapidly from their surroundings, expressions, phrases, entire ready-made thoughts that they assemble and deliver lively, without the slightest psychic adhesion to what they are saying.”

2nd Strophe: May my name be România/her soles, heavy with mud, pressing on the clean asphalt, then the stains that cannot be wiped clean, the heaviness of the dissimulations, who are you? Forever equal in their differences, a body grown over death’s brink, alive, it brings life, it carries it everywhere, it gives birth to it in the place where they killed, a place suffocated by white bodies, at the wake of the ones remaining, teeming with hired mourners announcing the resurrection pain

2nd Antistrophe: “The heaviest task in a marriage is the man’s; without hesitation, he has to support, to be his wife’s shield, in any circumstance, forever. If we’d had to admit that she is his equal, we’d have to demand the same of her. We don’t, and she still revolts. […] She, in the hours of holy spell, would like to be a man— wishing to reap all the sensations of the universe, to be everything. […] But everything is limited to an imitation more or less perfect; the power of inventivity, the creative spirit won’t be found in a woman.”

3rd Strophe: May my name be România/and you will flood the world, the hands busy with guns, the mouths full of desire without need without pain the impetuous whirlpool of revolt is where you’ll lay your newborns, the men killed next to your sacrificed breast, and your arm will fulfill your chaste body from now on, and your remaining breast will satiate the hunger of the woods where the wolves will blossom like a crazy spring

3rd Antistrophe: “After birth, the baby will suckle on the breast very often, so you will have to dedicate almost all your time to this activity, as well as to eat and rest. No need to do that major cleaning that can be postponed for now. This indestructible bond between you and your baby can only happen once. Keep some food and water close by, because you’ll spend a lot of time breastfeeding. You will want to go out sometimes, but at least two weeks have to pass before you’ll have a long-enough time, 2-3 hours between feedings, so you can take the baby for a walk during that time.”