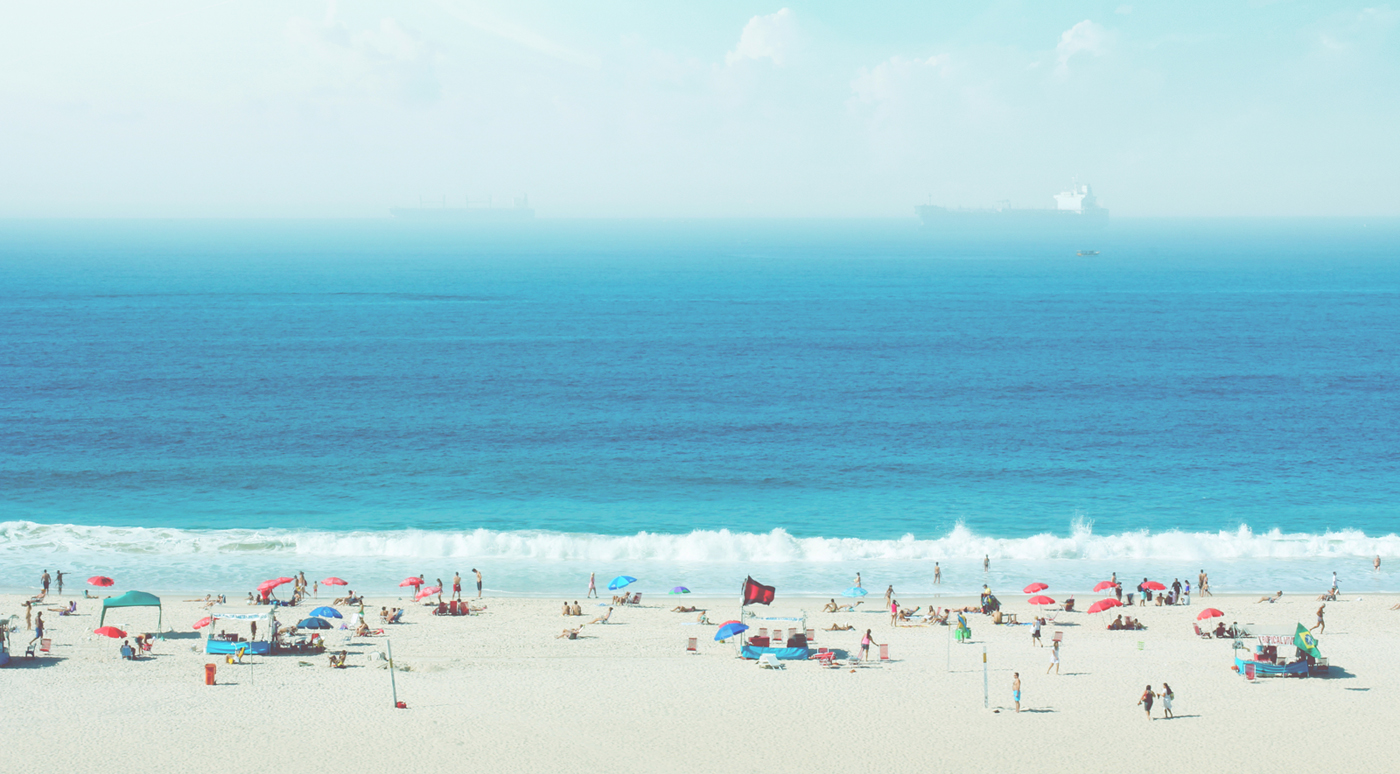 That day at the beach, people stretched out on blankets or basked in lavish folding chairs with umbrellas and cup holders filled with canned beer and wine coolers, hunkered down with legs extended so the tide could just reach their toes. Young muscled guys dashed around after a volleyball while tan girls cheered. And right in the middle of it all, God-fearing, Baptist-church-going, plunked-on-the-couch-TV-watching Aunt Marie joined right in like she’d never had the guts to do before. To see her in those moments, piggybacking around without a care in the world, gave us some small measure of peace.

And to think only a day earlier she’d been slid into a furnace, her doughy body rendered to ash. Ash that we decided—after a family vote and quick game of rock, paper, scissors between her brothers Joe and Henry—would best be dumped into the warm waters of Jacksonville Beach. Marie didn’t have a will or testament, so based on her blue bedroom—the one with the sea mist walls and seashell bedspread, the jars of sand and the broken star fish and framed collection of shark’s teeth—we thought the vast blue sea should be her final resting place.

We elected Uncle Joe, her youngest of brothers, to wade out into the water with her ashes. But all Joe wanted to do was bitch about the cold water on his sensitive ankles and the unbearable chill of the tide hitting his nuts. Because he ached from hunger and had his mind set on getting to the fish camp for the post-ash dinner, Joe ripped the lid off the Folgers can before Marie’s niece, Munchie, could even say a proper prayer. And just like that: up and away Aunt Marie went, drifting on the stiff winds, as a slew of Hail Marys stumbled out of Munchie’s mouth.

Aunt Marie danced on the gusty wind for a while before glomming onto a handsome hunk with bulging pecs and six-pack abs, as if magnetized by the slippery coconut oil, clinging like a barnacle to his Adonis-like thighs.

The rest of Marie climbed the westerly wind, drifting with great determination toward some newlyweds greedily sipping margaritas from big-mouthed plastic glasses with cactus stems and salted rims. Aunt Marie went all in, some of her dusty essence swirling into the frosty orange depths of the drink. She’d never taken a drop of booze in her whole Jesus-guided life. Now look at her, floating around in the drink and up through wide blue straws into thirsty Millennial mouths.

Uncle Joe watched in horror from the edge of the beach, the ongoing spectacle of Aunt Marie surged overhead as Joe walked like a zombie over to where we were standing.

“Do something, Joe,” we yelled.

Joe started toward the crowd, then abruptly stopped, a thick rolling cloud of Marie hanging high above the denizens of the beach, threatening to burst.

“Aunt Marie always did have a mind of her own,” Marie’s favorite nephew Lawrence said. As a boy she’d give Lawrence quarters if he’d give her back rubs.

Joe watched Marie in cloud form hover around, his mouth wide like a carp. “Ain’t nothin’ easy with you,” he screamed. “Not a damn thing!”

She must have heard him, because Aunt Marie decided to screw with a family of four, their two children chomping on big yellow cobs of corn slathered with butter. We contorted our bodies, trying to will the Marie cloud away. Munchie, ever the optimist, even took a deep breath and blew, like she was gonna huff and puff Marie to where she couldn’t do any harm. None of us were able to bear the thought of Marie dusting that sweet summer corn destined for those innocent mouths.

“Thinks she’s something,” Joe said, squeezing water from his jean shorts, the frayed edges like drenched white dreadlocks. Joe marched over toward the beachgoers, his eyes fixed on Marie. “Get your fat ass back in that can so we can finish this up!”

The mom pulled her kids closer and the dad stood guard as Joe shook his fist at the sky. The volleyball players stopped volleying. The newlyweds spilled their drinks. A contingent of drunks on the Casa Marina terrace cheered Joe on as someone yelled, “Free Bird!”

Never a huge fan of sweet corn anyway, Marie whipped herself into a frenzied ball and threw herself at Joe who took off running toward us. “Grab the can. Grab the friggin’ can!” Joe screamed as he ran past us, snagging the can and the lid with Marie in pursuit. She pushed right through us, her dusty remains tickling our noses, brushing our shoulders.

As Joe ran, some guy on the terrace gave live play-by-play shouting, “He takes  the hand off. Cuts left, then right. He bursts through a hole and in line. Spins left, wait, now he stopped, does a little shuffle, cuts back and he could…go…all…the…way!”

Joe made a spin move, stopped and held up the red can like a matador with his cape waiting for a bull to charge. Marie banked and circled, her ashes whipping around into a spectral tail. Joe turned and readied himself for another attack.

Marie charged again, a sideways tornado of ash on a mission, spiraling down, an ornery dust funnel narrowing to strike. Joe juked and tumbled, then crouched like a ninja, raising the red Folgers lid as a distraction. Marie swooped into the can and just like that Joe snagged her, quickly capping it tight with the plastic lid. A weird feeling— somewhere between nausea and butterflies—came over us in that moment as it dawned on us that we’d likely be stuck with Aunt Marie forever. Turning toward the parking lot, Joe tucked the can under his arm and drummed it a few times with his salty fingers.