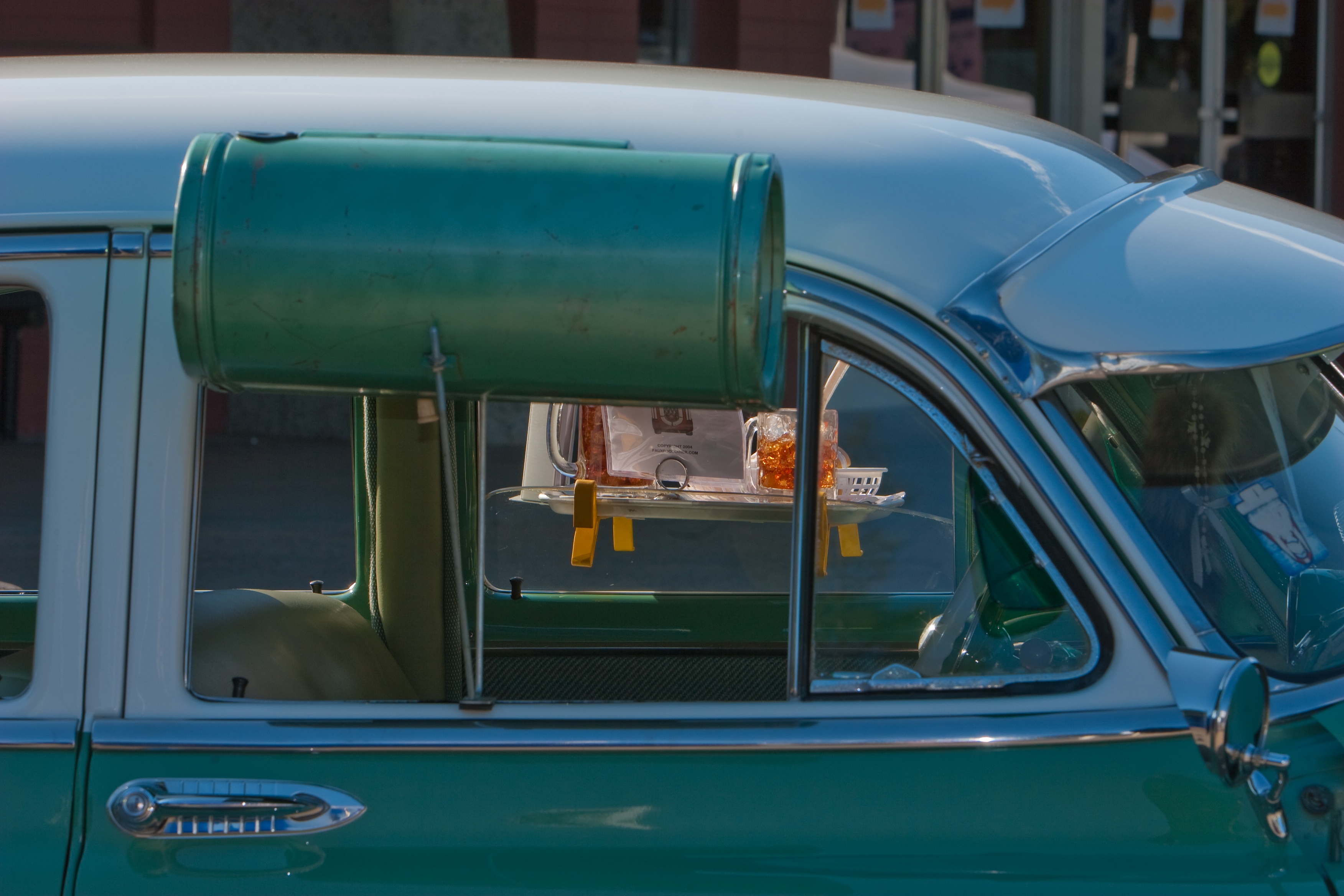 I earned an extra quarter tip once as a carhop at the Whataburger in Tampa, Florida, because I wasn’t wearing a bra. It was 1969, and a quarter was about what you would expect to get from a lone guy in a pickup, so this would be doubling my money. I was getting ready to drop out of college, which would mean the end of parental support, so this job was part of my long-range plan, which didn’t go too far past the actual dropping out. Anyway, The Revolution was coming, when we wouldn’t need too much money or college degrees, and I imagined myself living simply in a big house in the piney woods along the Hillsborough River with other groovy friends after I got out of the dorm.

The guy was a fairly-average Gulf Coast redneck customer, a working man—

I could tell by the putty on his hands. His truck was neither noticeably bad nor nice. We had all types of folks at the Whataburger: rednecks, stoned-out hippies with the munchies, tourists, families with dirty kids and families with clean ones. In my three weeks at the drive-in, I had already learned that the best tippers were those from up north and that the hippies tended to forget to tip at all.

This guy looked kind of older, like thirty, but he didn’t try to chat me up so I’d linger at his window. I had also learned that chatting up was part of the tipping scene—but only if there was no hot food waiting to be picked up, which made the old people who owned the place and did the cooking ring the pick-up bell like mad.

I could feel the guy staring morosely at me as I went back and forth in front of his truck, taking orders, delivering food, hooking the scratched aluminum trays onto partly rolled-up windows. I sensed the subtle creep vibes coming from him, something you can’t quite put your finger on but that a young woman learns to pick up. I suppose some might respond to that kind of thing, but my strategy, even then, was to ignore.

The rule was that you paid for your food as soon as it was delivered, so I only had to go back once more to get his tray. As I reached for it, I saw the quarter on the green rubber-net mat and a second one he was holding up between his thumb and forefinger. “I’ll give you an extra quarter,” he said, watching my face, “if you tell me you’re not wearing a bra.”

Of course I wasn’t. I was a hippie, with my mass of frizzy hair pulled back into a ponytail and held by a rubber band, and, frankly, even though I was nineteen, I barely needed a bra. I was a liberated chick out on her own in the world—free, heedless, naïve. I wore cut-off blue jeans, the fraying edges high on my thighs. I can’t remember what I was wearing for a shirt, but he must have been trying to figure it out as he watched me. Or maybe he knew and wanted to let me know he did.

“Well, are you?” he repeated, not letting go of my eyes. “Are you going to tell me?”

He didn’t pick up on the nuance of the reply and tossed the coin onto the tray as I pulled it away. The quarter, solid silver as some still were in those days, made a little bounce on the mat and hit the aluminum edge, not with a nice, clean clink but with a hollow, flat clang. As the hot-food bell rang aggressively and I hurried to answer it, the taste of metal sat on my tongue.