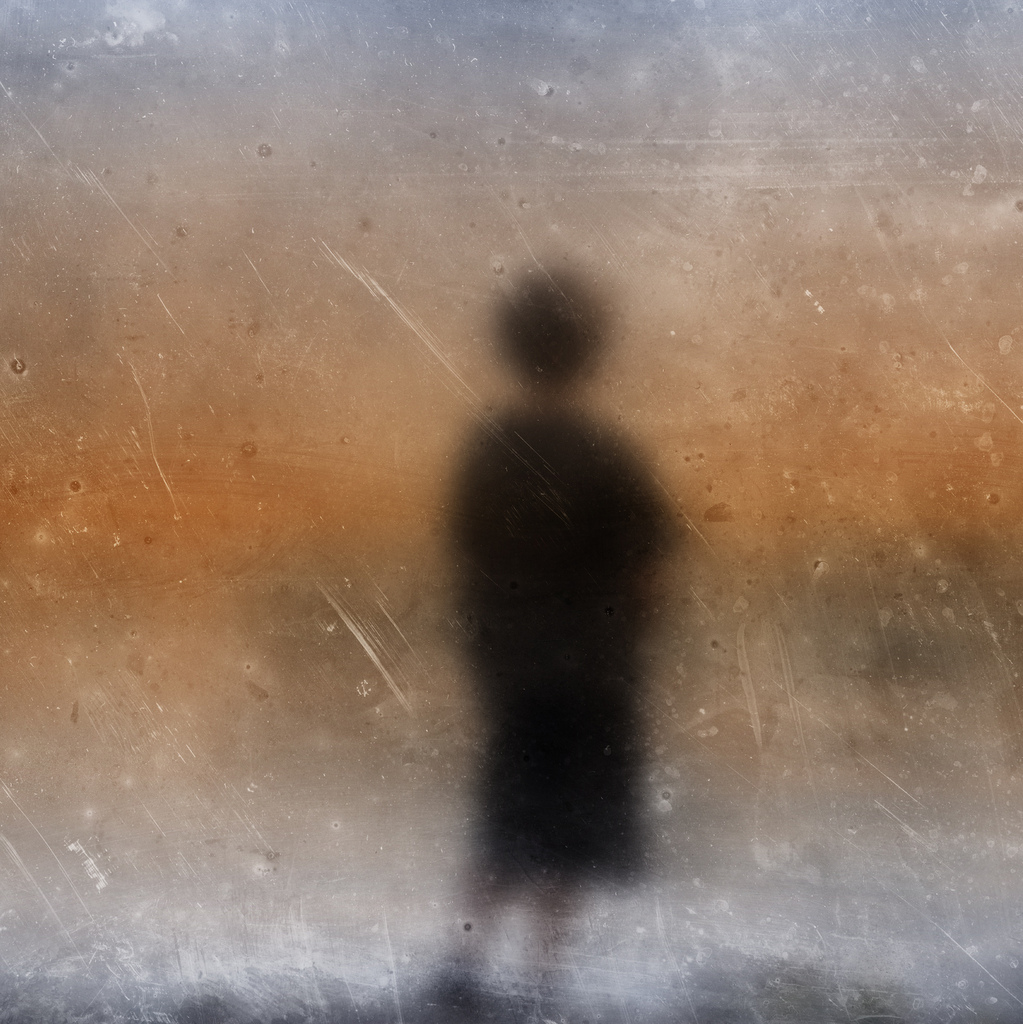 A Sound Heard By Heaven

The peaks of the Montserrat circled Cathedral de Ignatius like mourners, cloaking the grounds in shadow for all but a few hours each day. The near-constant dusk imparted a kind of gloom to the structure, so that the arched doorway assumed the look of a frown mirrored in the expressions of the limestone saints standing guard at the four corners. Only the bell tower stood tall enough to find daylight. At least some part of the church still reached for heaven.

Thomas removed his sunglasses and hooked them in the pocket of his jeans. The stone path leading to the cathedral was weatherworn and still slick with dew at one in the afternoon. Thomas nearly lost his footing as Marta grabbed his hand and pulled him forward; she didn’t seem to be having any trouble at all, despite her heels. They soon reached the peeling-red doors, where a statue of the crucified Lord hung overhead.

“Solemn,” Marta said, stretching out her arm. “I can almost reach his toes.”

The cathedral was Marta’s idea. Thomas had suggested they remain at the hotel, maybe spend the afternoon in the café across the street, but Marta was not one to stay put.

“Why come to Spain only to hide indoors,” she had said, her accent growing more pronounced. “When America is already best for that?”

Thomas didn’t answer. He had, in fact, booked the trip after his sister found him curled up in the tub at his new apartment, shivering under a shower that had run cold. She called her husband, a self-styled amateur psychologist with a graduate degree in botany, and the two of them staged an intervention. They told Thomas he needed to get away, to find himself. Instead, he found Marta. Marta sat across the aisle on the flight to Madrid. She introduced herself, ordering them a round of champagne before the plane left the tarmac and regaling Thomas with sordid tales of infidelity and innuendo among Spanish royalty. Thomas thought, here’s a woman who can take a man’s mind off things. The two hadn’t parted since.

Marta located two round pulls hidden amidst a forest of decorative metalwork. She cast open the doors, sending the candles inside into a frenzy. The nave was darker even than the grounds, lit only by candlelight and what little sun filtered in through the stained glass. Marta’s heels clapped against the polished stone floor like gunfire; the sound ricocheted throughout the cavernous room, which was empty except for a small number of faithful.

“Something tells me it’ll take a hell of a lot longer than that.”

Marta hit Thomas on the shoulder, her jaw dropped in mock offense.

Then she crossed the nave, dark hair bouncing on her shoulders, blue dress swaying above her knees.

Thomas folded his arms and let out a long breath, breathing in again through his nose. Candle smoke and vanilla hung thick in the air. The scent conjured images of Father Emerson at the front of Thomas’ childhood church, giving the homily with his back to the congregation. Gabe Duncan dropping notes from the pew behind his. Stern glances from the nuns. He pictured his own son Peter at three years old, running through the aisles during mass while Thomas’ ex-wife whispered after him so loudly she could have been shouting.

Marta had been gone ten minutes, and Thomas’ feet were beginning to ache. He lowered himself into an empty seat near the exit. An old man sat nearby with his head back, mouth open, gurgling in the back of his throat as he slept. A woman closer to the front repeated the rosary.

The past three days with Marta had been a glimpse into another man’s life, a future that could have been. She was vibrant and spirited and sexy. She didn’t care about pretense or decorum. She might not care much about anything, in fact. Not even Thomas — at least, not specifically. Thomas suspected Marta could have her fun with any man. That Thomas was there when fancy struck her was pure coincidence. She would eventually grow bored and move on, leaving Thomas with no choice but to finally do what he left home to do: think, remember, and regret.

Marta soon emerged from the confessional and Thomas pushed those thoughts from his mind.

“Thomas,” Marta called. She led the priest from the adjoining booth by the arm. He wore an uncertain smile as they approached.

“I want to introduce you to someone. This is Father James. He’s going to give us a tour.”

“That’s really not necessary,” Thomas said, getting to his feet.

“Don’t be silly. Father James is happy to do it. Aren’t you, Father?”

“I’d be delighted,” said the priest. His voice began too loudly and grew quieter as he went on. The Father was little more than a boy. He had dark hair and pale skin. A British transplant, judging by his accent. “You shouldn’t be expected to make your decision without seeing the facilities.”

Thomas opened his mouth, but Marta’s tongue was quicker.

“That’s just what I said!” Marta gave Thomas a kiss and patted his cheek. “Don’t be a grump, Tom. Shall we begin, Father?”

Father James looked sideways at Thomas. Unable to reconcile his expression with Marta’s excitement, he accepted Marta’s arm and set off, glancing back once more at Thomas before losing himself in the history of the cathedral. Thomas took a deep breath and followed. It occurred to him (not for the first time) that the source of Marta’s free-spiritedness might simply be an affinity for mischief.

The young priest led Thomas and Marta through the sanctuary. The altar stood nearly as tall as the ceiling, bearing the images of Christ and his mother, along with the twelve disciples. According to the priest, it was hand carved by Spanish slaves.

“Servants, really,” Father James said. He explained with great pride that the wood was sourced entirely from hazelnut trees native to the Montserrat. The piece was completed in the early seventeenth century.

“One of my favorite centuries,” Marta said.

Stained-glass windows lined the walls of the nave. Father James pointed to a depiction of Abraham and his son Isaac. Isaac lay bound to a wood pyre, his father kneeling over him, holding a knife to the boy’s breast. Behind them, a ram was tangled by the horns in a bush. God’s intervention.

Thomas stared at the ram; leaning back on its haunches, struggling. He wanted to reach into the glass and tear away the bramble, to watch the ram disappear into the cliffs. No intervention; no saved son. He would force the glass to tell the truth.

When Thomas looked away, he found himself alone. Marta and the priest had moved on. He followed, in no hurry to catch up.

Cathedral de Ignatius was constructed in the shape of the Cross. The nave represented the post, capped at the top by the altar which extended at either side as the cross-beam. Behind the altar, an addition was built to house a series of offices, including one for the priest. The office was small and dark, but the young Father regarded it proudly. It contained a wooden desk, a shrine to Mary, and a rickety bookshelf that bowed under the weight of his collected tomes. Father James extracted one book after another for Thomas and Marta, blowing the dust from their covers. He was particularly proud of a first edition Cartas Eruditas that looked older than the Earth.

“A church this ancient and beautiful must be growing like a weed,” Marta said.

“Ah, well,” said the priest, pulling a handkerchief from his smock and dabbing the back of his neck. “Being in so remote a location, and with the economy the way it is….”

“I can’t imagine,” Marta said. “Letting such trivial things stand in the way of our tithe.”

The bell tower was the final stop. It stood on the other side of the cathedral, near the entrance. The nave had gained a few worshippers. The newcomers were mostly elderly, but a young family stood out among them. The man lit candles at the altar while his wife bounced a baby boy on her knee. The child’s cries thundered against the stone walls. Father James, who had been giving a detailed history of the cathedral’s many renovations and reconstructions, grew visibly irritated. When the baby paused, he apologized for the interruption and opened his mouth to resume the history, only to be cut off again by a fresh round of wailing. He looked like he had made up his mind to confront the mother, but only bit his upper lip and marched ahead.

Thomas watched the mother with her son and decided the boy was her first. Her only. He remembered taking Peter out at that age, the stress and the embarrassment, the judgments of strangers who always knew better.

The staircase leading up to the belfry was narrow and steep, winding around the dark interior of the tower. There was no railing.

“To die in a church,” Thomas said, peering up through the spiraling stone.

“What’s that, Tom?” Marta said over her shoulder. She was already rounding the first turn. She turned back to the priest and squeezed his arm above the elbow. “Let’s talk about the young ladies.”

“Membership is not at its peak at the moment, but I’m sure you’ll find many young women to socialize with.“

“Nonsense. Even a priest is allowed an innocent glance now and again.”

There were at least two more flights before the staircase brightened up ahead. Marta and the priest appeared unfazed. As Thomas mounted the final step, his thighs and knees burned and beads of sweat dripped at his hairline. He all but stumbled into the belfry.

“Blondes or brunettes?” Marta said, her smile now more like a sneer. “Redheads?”

Thomas gaped at the bells suspended above him. A thick patina of minerals and sediment caked the ancient bronze, carried throughout the centuries on the wind coming down off the mountains. They were immense, big enough to swallow him whole. Thomas wanted to touch them, but they hung too high. Only their ropes dangled within reach.

His ex-wife had wanted bells at the service, but Thomas demanded it be fully secular. The priest was instructed to give only the vaguest of homilies, with a time of silence in place of the prayer. Even the headstone, small as it was, was unadorned. Only Peter’s name, and dates representing the few years of his life. Choices that felt so foolish beneath the ancient bells.

“Perhaps it’s time to head back downstairs,” said the priest.

“My goodness,” Marta said. “Have I made you uncomfortable?”

Thomas checked his watch. Forty minutes past three. The bells wouldn’t ring for another twenty. He looked out at the peaks of the Montserrat, the way they seemed open to the tower, ready to receive, their heads lifted toward heaven. He took the ropes in his hands.

“I don’t see why,” Marta said. She stepped in front of the priest, who had turned to watch Thomas. “Father? You haven’t answered me, James.”

Marta opened her mouth to speak again, but the sound was swallowed up. “Tom,” she cried, holding her hands over her ears. “Tom, stop!”

Thomas watched the bells tilt, their hammers appearing to still in mid-swing before falling back and striking the bronze. Waves of sound shook his body, spreading out from the belfry and filling the valley. He closed his eyes.

“Enough, Tom,” Marta said. The priest was tugging on Thomas’ sleeves and shouting something into his ear. Thomas pulled with all his strength, hanging his full weight on the ropes. Again and again he pulled; again and again the bells pealed, louder and louder. Thomas knew the bells would have to ring louder still to reach their destination, because it was a very great distance away.