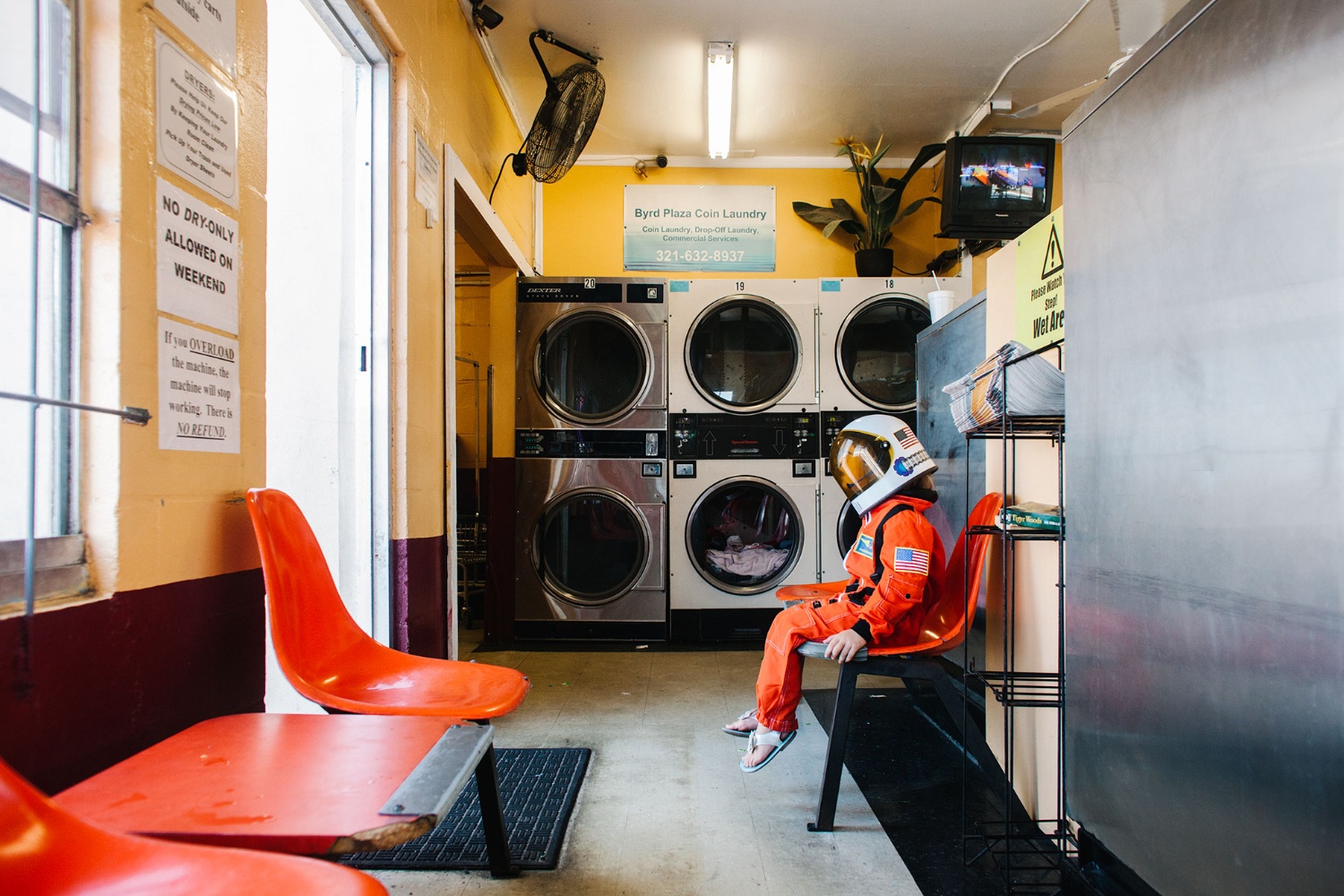 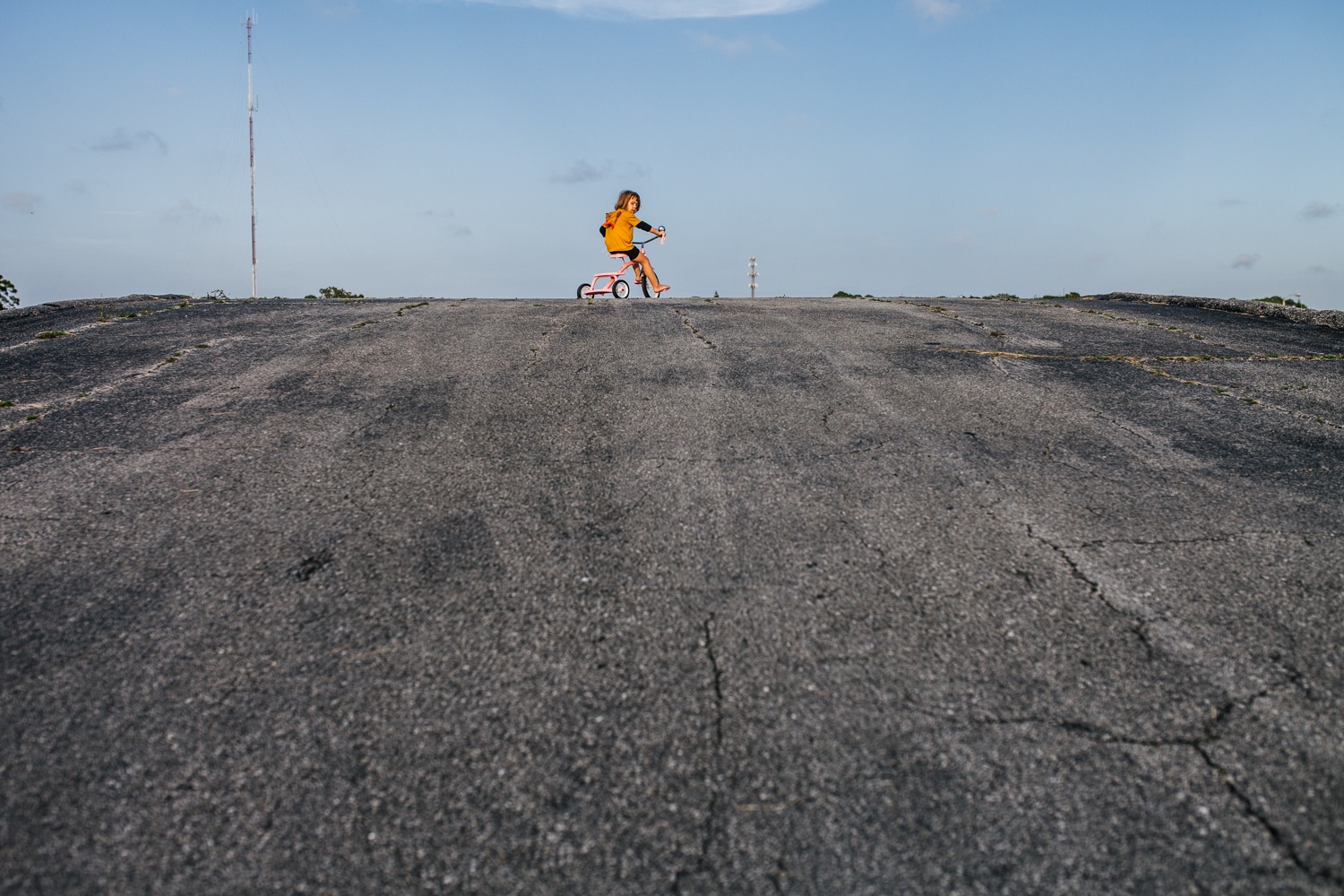 People always saying around here your eye can just keep going and going, no end to it, but there’s lumpy parts to catch on if you look real hard. If you want to. I don’t always want to. Before she left, Misty told me I should never say I’m bored, that it’s a cheapass way of describing your feelings, and I keep thinking I was supposed to say something back but I couldn’t get the words out in time. Florida is a no-fault state, is what the commercials say, but that doesn’t seem quite right either. This morning the Lord spoke to me and what I mean by that is I fell and scraped up my knee and saw my own blood and the sun burned my neck up. Misty is my momma. Was. Is. If there’s no fault then people can just go every which way and they do, at least where we live. Here’s a breeze and with it the stink of orange blossoms. People tell you it’s a lovely smell but people don’t know squat. Misty maybe left or she maybe just didn’t come back. Maybe she got bored. I think this will make an important scab. 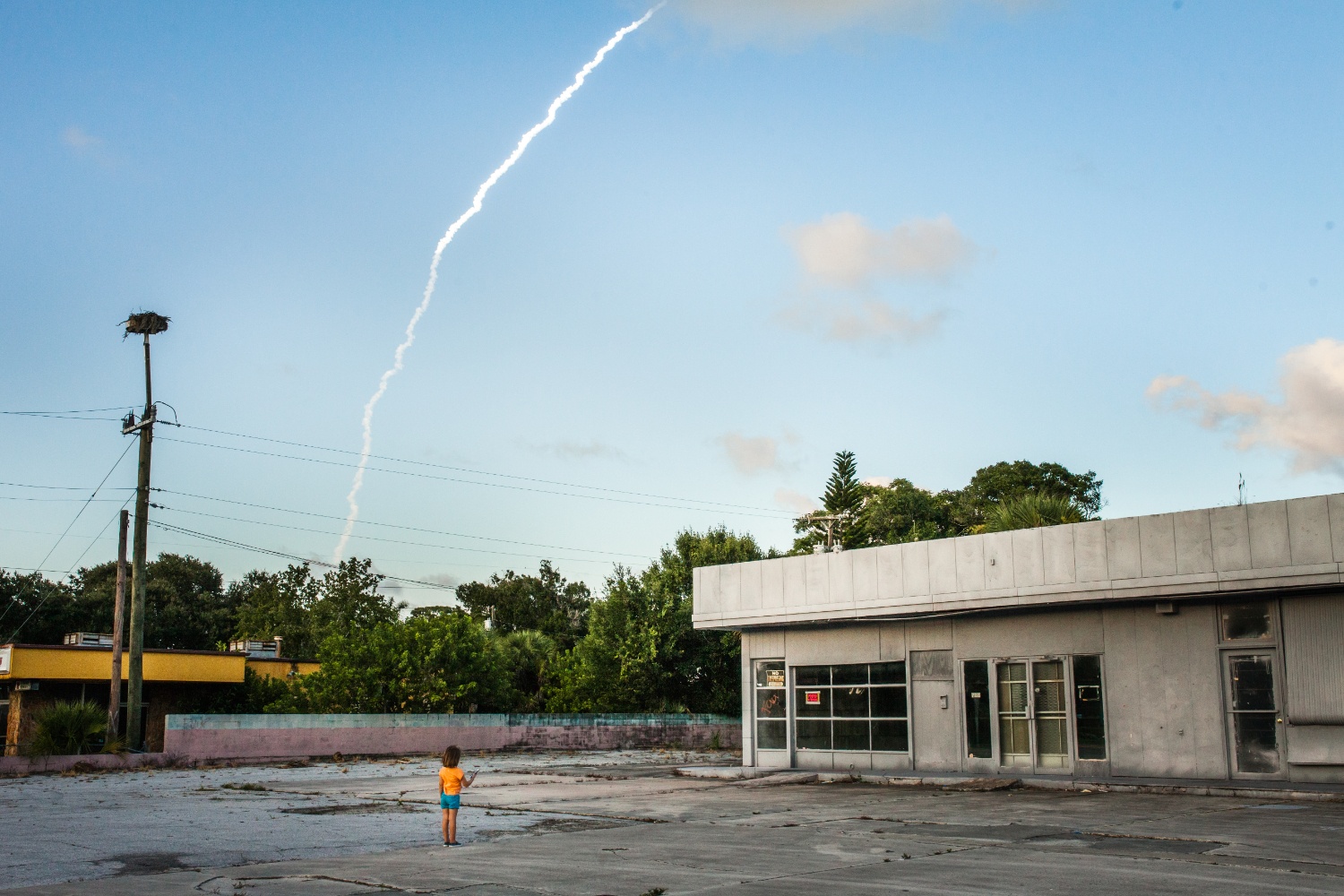 You’re always looking the wrong way, I say to the girl in the window. She is me and I am her. You’re missing it, I say. I grit my teeth and growl at her, dumb nothing kid. No one ever says how fun it is to get nice and red and angry, but I’ll say it. I’m saying it now. You got no friends, I spit. We both know that ain’t true. The heat is my friend. Friendship is a scorching but sometimes it lays off. Sissy, I say, but my heart ain’t in it. Now I just want to tell something but I can’t think what. My cousin got sun poisoning last summer and he ain’t visited since. That’s how I know. My cousin wanted to blame someone, oh well. I’m pretty sure I said all this before. See you, I say and turn right around and look up. Someone ran a chalky finger down the sky but if you wait long enough you can pretend you ain’t sure if it was a dream or no. 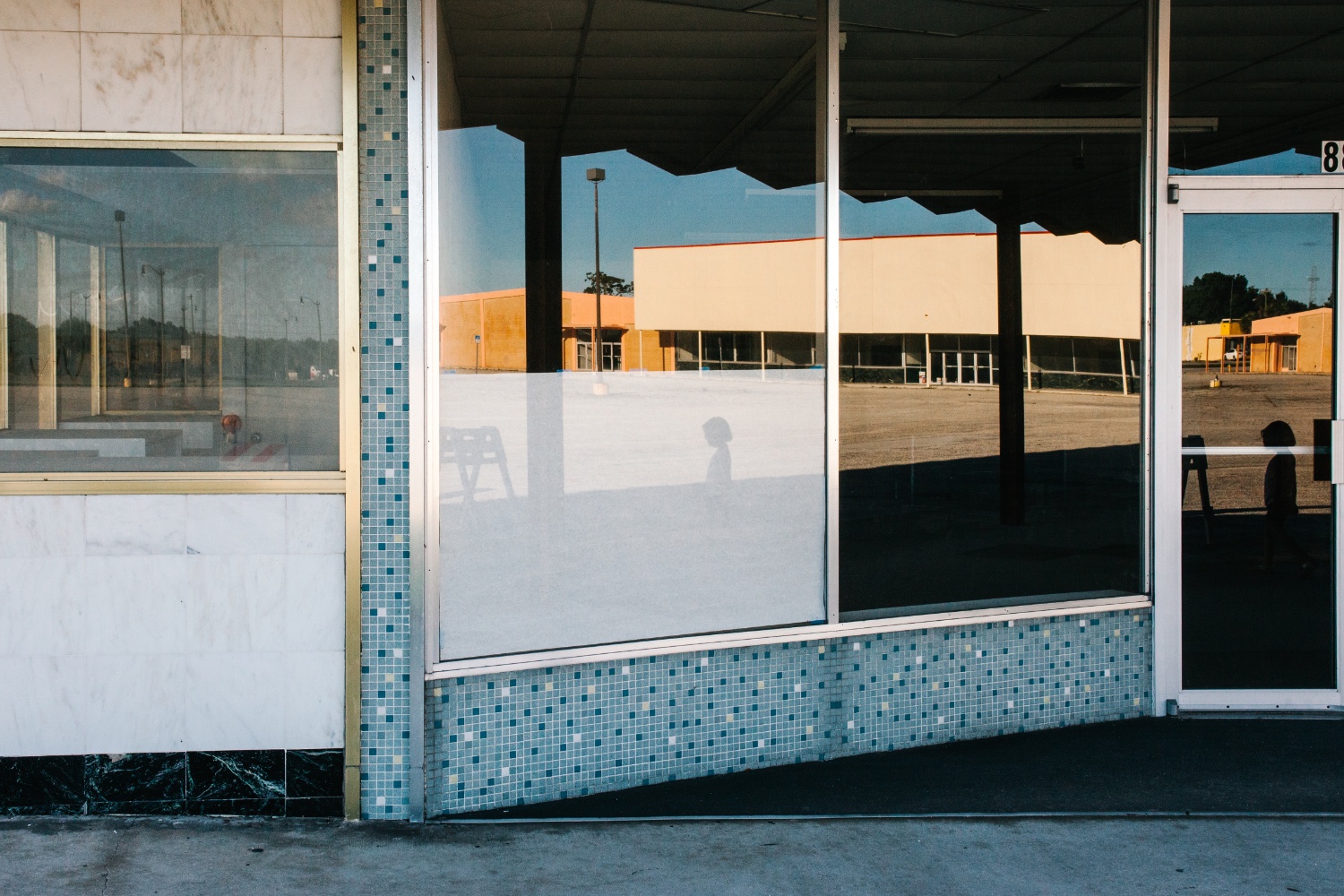 This morning in church I received the Lord’s finger, is what I’ve been told. The pastor said he looked over and a ray of light was shining off my head. Well, I was sitting by the window, I tried to say, but he had his eyes closed and when a grown up does that they are not able to hear you. Go on, Grandmother told me. Go play. Flapped her hand at a clump of boys off rolling around in the grass. Well which one is it, Grandmother? Play with them boys or avoid lice as you are always hollering at me about? One of them had broken off to scratch all mad-like behind his ear. Listen, if you said anything to Grandmother after she told you to go on, I will pray for you. I went on. The pastor had said none of us are lonely, that loneliness is blasphemery, because the Lord is right there, like a cowlick or like a freckle. Well, sir, I don’t want either one of those. I put a hand to my scalp. It felt the same. No nits, no tickly God finger rooting around. Grownups always saying stuff and making you do most of the work. Sometimes I find a quarter when I am just farting around, kicking rocks. Look up, the pastor is saying and says. Well but I can’t quit looking down, now can I?

Quiet is loud and so you can always find a kind of quiet in a loud place. Is anyone watching you? No they are not. Grownups will let you do anything if you just stay out of sight. I used to be all like, watch this, hey, watch me do this but listen, I am not that kid anymore. A boy told me I got a boy’s name so I slapped his special rock out his hand. Then I said now wait a minute. Is that so bad? To have a boy’s name? Who made that decision anyway? If you swing your legs fast enough it feels like you’re driving, or at least running inside a car. I picked that kid’s rock up but he’d gone off. I still have it. How does he know I am not a boy anyway? Who said? What is a boy? I’d ask someone but I don’t care. When I can smell my own breath I know I am getting like that. You know. It is hard to find my way back after that. Takes forever. I like looking out from inside somewhere. Today for some reason the concrete is cool under my knees. There’s a thirsty twitchy brown worm. I put him in the dirt over by the airvac. Seemed like a nice thing I could do. I’m waiting on Grandmother to finish up, same old. One day I won’t even remember this, ain’t that wild? 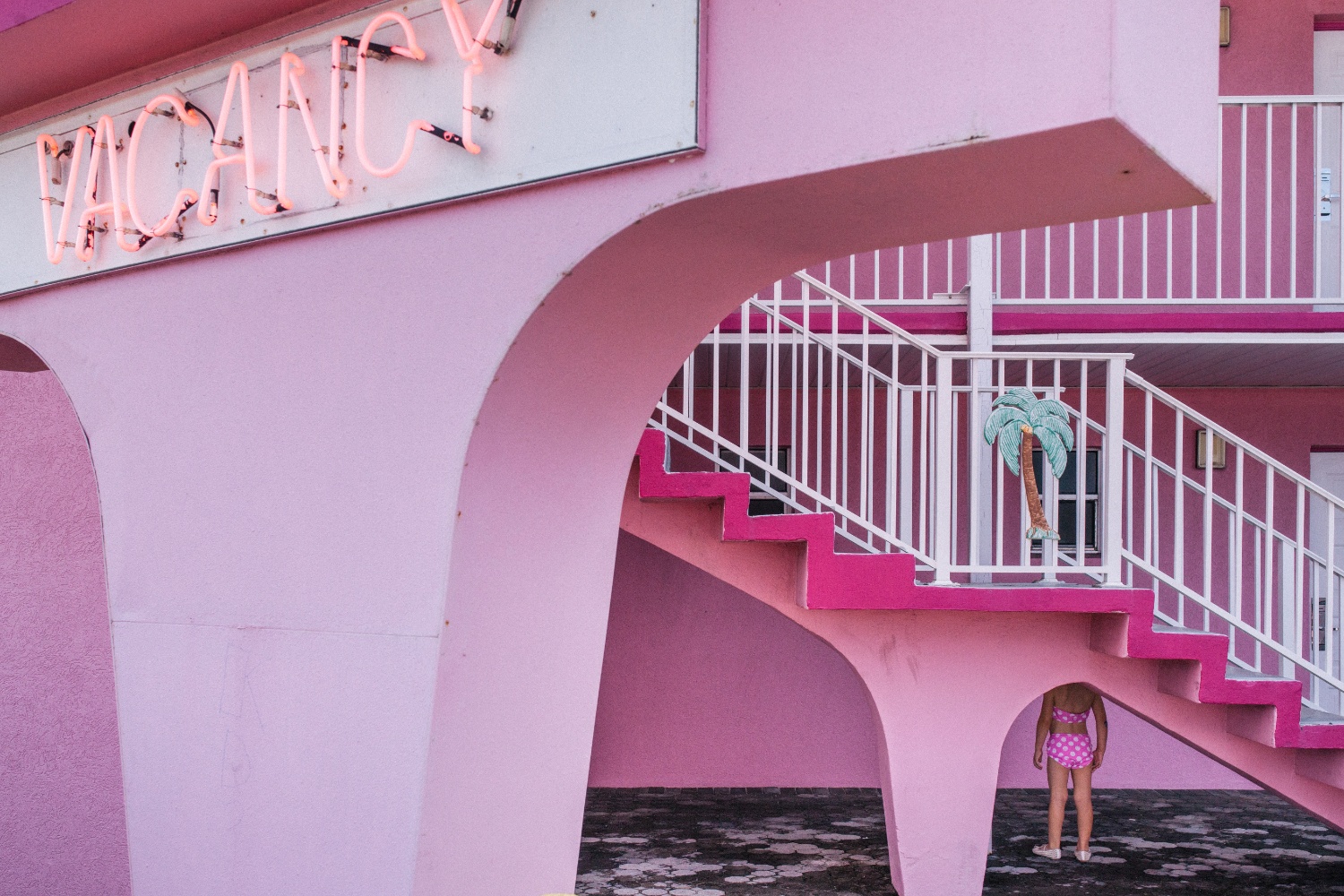 From behind we all look the same. Me and kids my own age I guess. From behind Grandmother looks like someone busted the inner tube. The heat, everyone is saying, the heat, the heat, sobbing into their hankies then wiping that damp smelly cloth down their necks. But you can find places where it can’t get you. Where it’s nice and cool, even. Like the breezes collect in dark spots. Like tumbleweeds. Or ghosts. You can look anything in the eye and have a conversation, even a spider. These are things I have learned in the day to day. I saw a flattened squirrel and the day before I saw a live one. I decided they were not the same. What other animals have buttcheeks? Aside from us? Seems like there’s something to that. Grandmother says that’s a swear so I got to whisper it where she can’t see me. Maybe the air gets cooler if you add to it. Sheesh, I whisper. She don’t like that one either. Jeez. God amighty. That one felt like tingles going the wrong way. Quickly, to distract the ghosts, I said Shit. Sometimes I long for a girl. A friend. Someone to bounce Shit off of. Not a girl in sight, Grandmother says, plucking her ciggie to sweep it wide, curse the whole scraggly block. Bad luck, she humphs, and for a time, forever, way too long, I think she means me as well.