‘Tis the Season To Be Immortalized in Watercolor

Subscribe to Burrow Books in 2019 & get a custom watercolor avatar inspired by Nathan Holic’s forthcoming novel.

In the fall of 2019 we’re publishing Bright Lights, Medium-sized City, a sprawling period piece of a novel by Nathan Holic. Set in Orlando during the housing crisis in 2009, the novel follows a hapless house-flipper who, like so many before him, wants to conquer the city.

A “city novel” in the tradition of The Bonfire of the Vanities, the book attempts to pack as much Orlando between two covers as possible, from the suburban sprawl of East Orlando to the school bus races of Bithlo, from the beer tubs and air horns of Orange Ave at midnight, to the fireworks and drink-around-the-world revelry of EPCOT’s World Showcase, from South Orlando to Mills/50 to Metrowest to Oviedo to Maitland to the mythical I-4 Dead Zone where Orlando’s ghosts dwell. 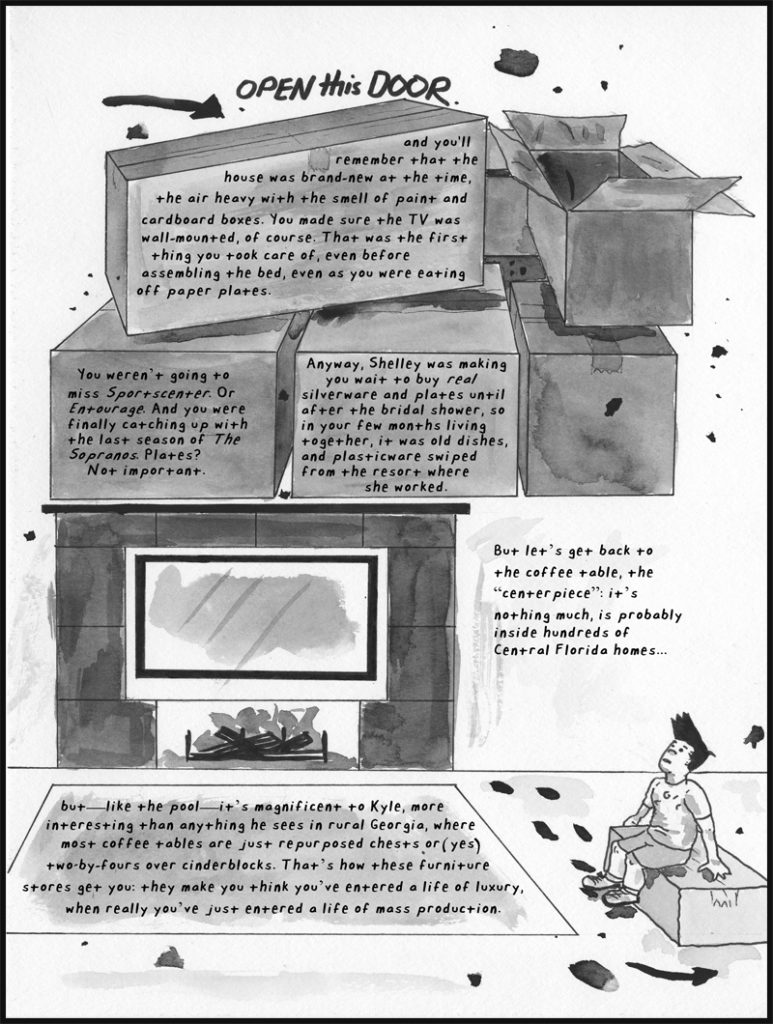 In true maximalist fashion, the novel exploits 5 different versions of the second-persoon (you) point of view, including a built-in, choose-your-own-adventure novel. It also includes a ton of comic panels and gorgeous watercolor illustrations.

In the spirit of these illustrations, the author has offered to create custom watercolor avatars for anyone who subscribes to Burrow Press’ 2019 books by the end of the year.