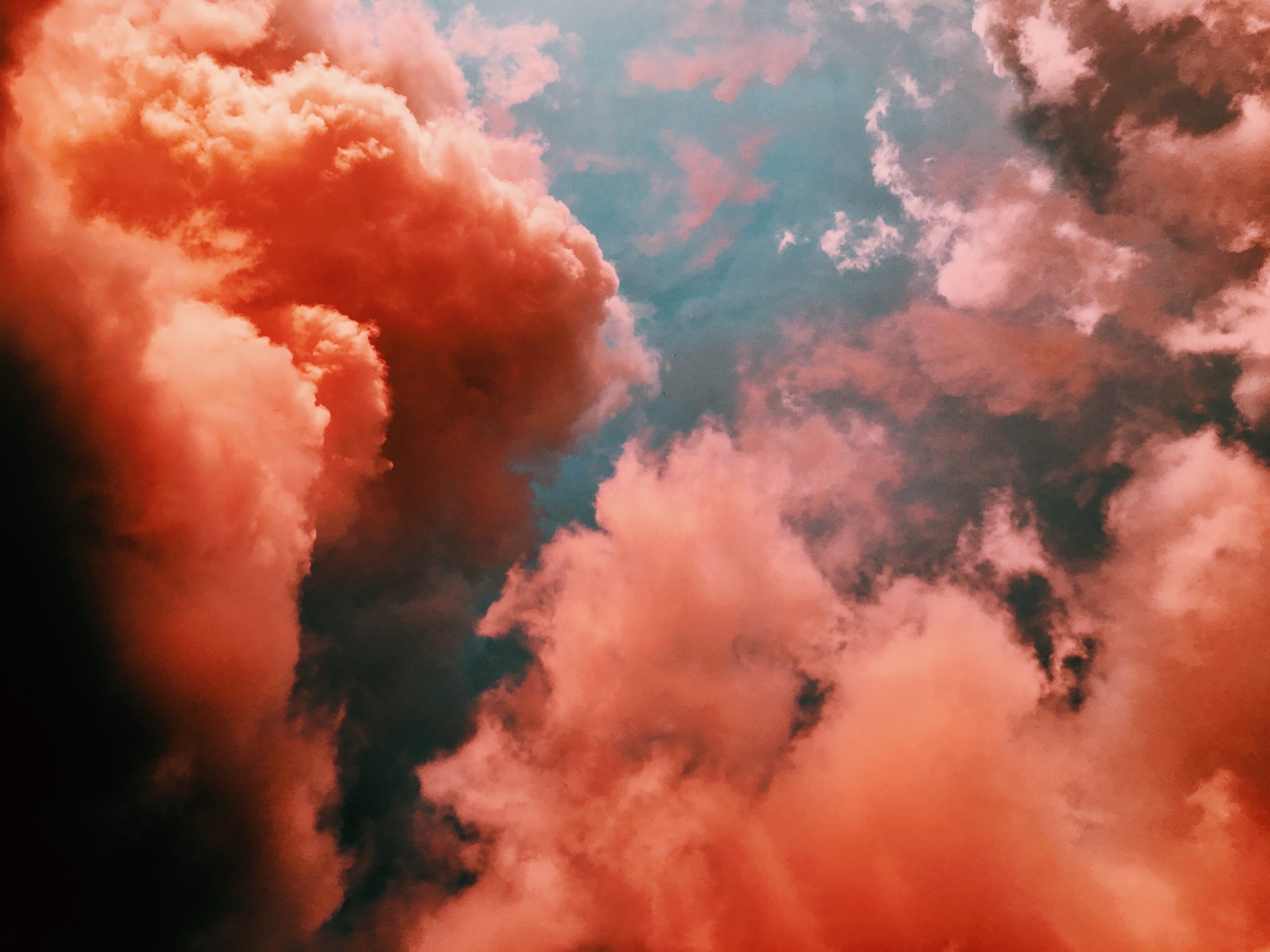 Hair like a thundercloud,
amassing its own
weather and natural disasters.

Matt says I’m a
weapon without a war.
Edgy sometimes.

A man once called me crazy
for loving the color orange,
but I couldn’t resist it:
pulpy, muscular, animal, searing.

Sometimes I swim in the
ocean because it fights back.

Every morning asking myself,
“Why do you get to live?”

Teeth too big for my mouth,
I eat in three languages,

a jackal who can only love in hunger.

The beak’s arc, a trajectory
and proboscis,

not dangled, nor held
like a rod and lure

bobs from mangrove to open water.

What do you call heat
telegraphed from a forest,

the breath of creatures
marked safe for another night?

as the moon does light, ombudsman
of night and lantern. How

darkness eats the moon over time,
how it might be simpler to eat it whole,

or pluck out the entire matter like an eyeball.

swells its feathers, a white loaf
trawling silt, acts like

a good guy,
one of the good guys.

Ode to the End of the World

The credo for the future became every sky is breakable.
Then: the collective catatonia of the possum-hearted.
Some of us considered this a lapse in loving fluently.

O short, cold souls of the future! Watch for our return!
Look at our hands, and know you were wrong about us.

Some of us earthbound love-things lived to
drink our compliments and achievements in flutes.

We swaddled our bodies in waves of human currents,
shed our forests and foxes, and slipped ourselves
into the silken crags of cities. We painted ourselves

innumerable and mob-like, so giving over our bodies
to the primordial was easy. We loved the flames

of the needy, how they licked. In their houses we would preen
our cheeks and lips, pliable for anyone,

anyone being born again as everyone.

And then the sky broke against itself, the world buckled apart.

We lovers oozed out of the rubble.

We beamed at the notion of more cracks to fill.

We spackled ourselves into the broken.

We spread our desire in golden veins
through the masses, growing our ore in tumors,

our cancers replicate like love with roots we mistook for dead.