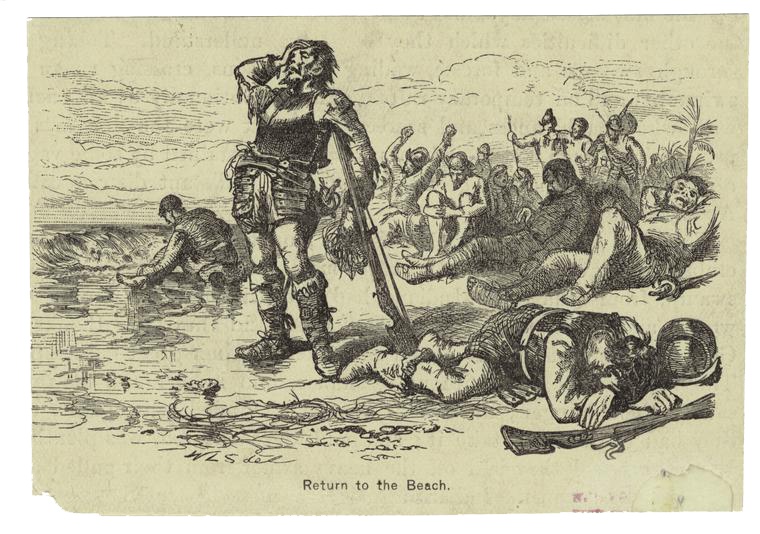 An Excerpt from The Way of Florida 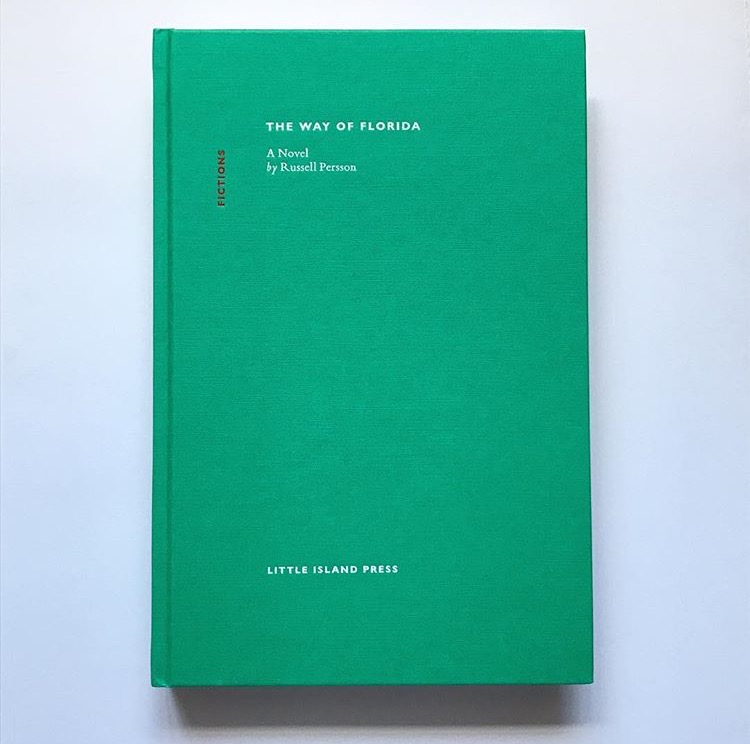 The following are selections from The Way of Florida, a novel that traces the tragic Narvaez Expedition to the Gulf of Mexico in 1527. (Note: Aute is the present-day town of St. Marks, Florida)

It was decided to undo our camp and move for to move has been our only path our only way toward some otherwhere some place we were not. The picking up and breaking camp if camp could be what it was at all and after grim assess we moved as a plodden wrack. An assembly now of the moaned and wailing and together we left Aute and set in the course of where our scouting group had discovered oysters and in our state of driven down we march and our Lord carries some of us more than others. It can not be painted another way. Nor can it be retold in any manner who can properly hand over how difficult in the most abundant ways this was. There were not horses enough to carry our sick and we had no remedy for the sick or even some remote hint at what could better them who languished. Hard to recall as well in this was the state of our horses who also were drawn and wasted entire in their walking sleep. How our Lord has given them a courage and stillness and nobility my heart comes up against itself when I recall them in the woods there. But we plodded and the weight of our travel in this way I had a weight on myself about it. I had pictured the oyster beds as a possible replenish and some shade as that was where we had just done this eating. But also there was the sea, although we didn’t find it, only that it was beyond where our where. How a decision is made I can only recount a band of men who were near their lastness. I can not put it here another way. Our Lord as witness saw us there beneath the canopy as wrecked men who required of the life a man leads at least a semblant afternoon. We hadn’t had an afternoon in weeks. But decisions make a man I have known. So we are made. And we plod us to the oyster beds.

Until then there had not been a council but now the governor calls a council by each a man will come to him and tell some idea of how to go. There is always to go. Each man approaches and each man comes to some plan that when I hear of it I can only think of us as a gone assembly, each man either too damned of his body to utter any sense or some of us able in a way but not in the habit of arriving at anything more than who to fall in behind and then a lucid few go ramble now they have his ear they ramble on some vision they had or they ramble on that notion of return and one of us is certain we need boats for us to sail on but any tool or hand or device physical and otherwise does not exist for us and a sled to pull our sick is proposed and a return to the squash is added to all this. Our governor in such council with each man does note the very plan brought forth and I among the canopy strike through an unseen rule of them all. The notary now another man with his mouth open and his body on the ground and his eyes are there with him.

From out of this council it should be noted that our decided and agreed upon way to go should indicate our wits and also how gone deeply in reserve our stores of us had become, because it was decided we could sail from there. The ships not having been built or conceived or at hand at all possible but yes we decided to sail. In boats. As I have told here.

Our Lord God as He sees a proper coat to put on us we have gathered to be guided by you.

The outlandishness of it caused us all to need a rest and to seek quiet so to let the plan smolder and to think about our no rope and our no pitch or oakum and our no tools and our no iron or forge and our no idea of how to go about any of it as one who knows how to build a ship and so we rested to further ponder and so that God our Lord might while entrusted so direct a man to where he might best serve.

And so only the seconds of us pass as we ourselves pass into the nexted moment. The pure of us. The step of what’s coming. And what that is is is. Our only.

Unslept and so I rise but none the closer to an open door.

And from the nowhere comes a man who from our company has a claim to know how to make bellows from deerskin and from a hollow tree and God ordained this for God had selected from the company this man to speak.

Bearing over to the stillness. Let us allow us not this pausing. This quiet and a slowing down of the walk we were on. Measure all this pause and then an ellipsis. An opening written down as if to breathe into the live a gap. Take a moment in this I solicit, us entangled in a momentous. Breathe along with all of them there in the solemn and only shaded den they win.

After the bellows was proposed and put us all in favor of the boats it was then laid out how in the course of some unknown span we’d get some boats together and in this outlaying it was decided a fixed number of incursions back to Aute would have to be and that every third day we kill a horse. To feed ourselves. In order to be men alive.

God ordained this and yet the underwriting of it I’m incapable to know. There is always the want to know the structure of His command but as we end up each day with another day lined up ahead I come to find any notion of His trend is without note and has no seen outline and is lost entire if I’m grasping at it.

And if we left on boats there was no plan to return is what is of the utmost here. There was the sea with boats we come to make and our stores well planned to expire and all our metal melted down and us a group of men on four boats cast off into the next and once set as such there is no returning.

We Builded Boats and Died

Our one carpenter began the building of the rafts who had no hull but instead a flattish deck. For putting together rafts we gathered together all our metal from stirrups and spurs and crossbows and whatever else we had in iron and this was melted down and it was melted with the bellows made of horsehide, the alchemist with his methods so they need the horse to play magic with this iron wreck and in doing so remove from the very horses they require the pieces which amount to their value to us, now removed and the horse can stand and wait to be ended for us and become our food of all things. An alchemist is only so much. And from the bellows melted iron comes the tools, saws and axes, nails. We pour the melted iron into a sand mold with clay and with the seldom rocks about us we file upon the stone these nails and sharpen axe blades. The caulk in between the wood who makes up our decks in between to fill in where varied lines abut the caulk is of the oakum from palmettos. The pitch entire, in a slather among the undersides, was a mixture that Don Teodoro the Greek had devised and it was brought out of the pine tree by the way he had known and his father had known.

While in construct we made incursions back to Aute to gather what we could and along these ways there were skirmishes with the Indians and they put a cut into the numbers and our skin we have.

Our men, they set out into the inlets to accume the shellfish and into the coves who were near. I try to feel what our men felt out there so near to our encampment they were by the cove into the water of the cove. The sharp oyster beds cut into the feet and to move in the water is a slowness. There is a quiet around you there. The sun is almost welcome. Is almost a wanted sun up above the window of the sea you wade through the bending sights below all bended and rippled you pass a hand through that waterpane and see your arm take an angle to the oyster there. If all is well there will be a sound of how you pass a hand into the neath. Unlike any other sound, there are certain sounds only our own hand can make. And so it jingles a bellish chime. Or what I can not hope to describe but you must believe in the silence the note is beauty the note is clear to me. Those men so close to our encampment there on a stillness day the silent arrows in paths to them from the hidden groves, the skill and brute with which they. I have a heart who lives with them. In heavy lode it goes with them to the seabed where they drifted off from. The Indians in the hidden groves an eye on the man of whom, an arrow gone out from the single hope, and skill aided that flight into the flesh of us, the neck and breast of us, the gut and out the far side, put through with these arrows so final my loden heart becomes with them and falls among them there so close. I try to be among them. They fall, a quickly set upon few and these Indians retreat in a silented go to the back from where.

Forty more of our men die of sickness here in our boatbuilding.

The last horse was eaten. The boats on the eve of done.

The merits of our sins put us in such a place as to make it near shut of any rock to use for ballast it was deep work to find a stone for us to use. Such was the land in where our sins had put us.