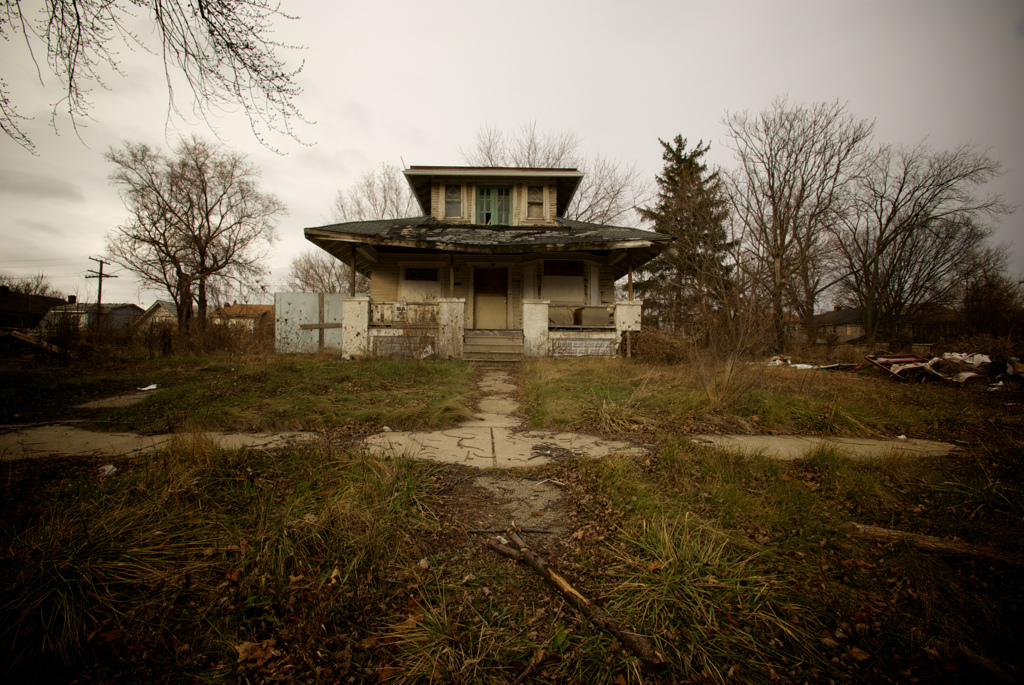 This theatre is old and stale, and has been for some time. They do not vacuum the wine-colored carpet on the walls. Years of neglect have left them stained darker, the color of blood. My stomach turns, but I do not feel hungry. I flip the menu open and point to the combo platter.

“This is where it’s at,” I say. I worked here right after I graduated high school. Chrome looks over at me from his wife, Agnon. She goes by Aggie.

We’re here for the biggest premier of our young lives. For the first time in thirty years, the old Stars are going back to War with a slew of fresh, young faces to do their newest dirty work. Disney is leaving nothing to chance this time around: Mickey the Merchandiser and his marketing muscles have been spitting out product for over a year, eschewing the anticipatory certificates Mattel provided in lieu of actual children’s toys back in 1976 when they realized demand was too high. They know there’s no ceiling on what they can do with this material. They have the willing participation of an entire generation.

My conscientious objection to becoming a data point on Mickey’s spreadsheet slipped for just a few seconds a few months back, long enough to watch the first preview for this new version of my childhood he’s peddling. Long enough to know that the darker of the two protagonists “only knows how to do one thing.” I assume ole Walt would have us believe the heroine is only good for one thing, too. Maybe that’s just me. Yeah, probably just me.

“So, what do you think it’s gonna be like?” Aggie asks.

“I have trained myself not to develop any expectations of it,” I add. I’m sure that this movie is not the droid I’m looking for, but my attempt at Jedi training hasn’t worked completely for lack of a qualified instructor. My inner child is still powerless to resist the allure of a galaxy far, far away. If Alec Guinness wasn’t dead he would wave his hand and dismiss me as weak-minded. If Jeb Jones wasn’t dead, I wouldn’t be here.

J.E.B. Jones caught a .38 shell in the neck sitting at Chrome’s dinner table last month, at a range of no more than a couple feet. The perpetrator was unaware that single-action revolvers are more than willing to go off half-cocked, especially when flaunted like a long-barreled plaything. Jeb stood up in surprise at the report of the weapon, lost consciousness from lack of blood pressure and dropped dead. The gunman’s name was Blue. I never caught his full government, which he’d stopped giving out after his first encounter with state supervision. Blue stayed to wait for the police after the accident. I was at the gas station up the block when Jeb’s roommate had accosted me in tears with the terrible news. I’d just bussed home from work. We both rocked slowly back and forth from our seats on the ground under the buzzing fluorescent lights, watching in silence as the ambulance carrying our friend rode by without a single emergency light flashing. We both understood the vehicle’s unfamiliar darkness.

“Okay dude, so I’m counting on you to help me understand this after,” Chrome says. His experience tells him to this day that I am smarter than he is, but I remain unsure. “If it gets all complicated and shit, you know?”

“It won’t be complicated,” I say. It’s Disney. Disney is something like the second-largest consumer of explosives in the United States, behind our own U.S. military. We’re about to see some fireworks.

“I can’t believe Mindy took Wiggles until Sunday,” Aggie says. “I haven’t been without her this long since she was born.” Wiggles is Aggie’s third child, almost a year old now and making noise like she’s getting ready to start talking. She heard Jeb die from her bedroom. The blast was a great equalizer in that it made us all cry. That is not why Blue called the gun his “blaster.”

“Like Han Solo, bro, that Star Wars shit,” Blue said. It may have been a week or so before he became an officially charged manslaughterer. I informed him that Han Solo’s sidearm was called a Blastech DL-44 and had been modified with an enlarged tibanna gas canister for extra punch at range. I also told him that recoilless energy weapons were already being tested by a number of national governments. His lazing eyes lit up behind a set of eyeglasses that were held together with scotch tape.

“Wait till I get me one of those,” he said. “Then people best be watchin’ out if they try to mess with me.” He slumped back in his chair on the porch and I lit another cigarette. I smoked and wondered if Han would be packing the same piece thirty years later. It’s been forty-two years since Nixon delivered his famous “I am not crook” line at Disneyland, and guns in real life have gotten quite a bit better since then even if the basics remain unchanged. Nixon was a big fan of Walt and his parks for a long time. His favorite ride is said to have been “It’s A Small World.” I suppose that makes sense given his fondness for Kissinger’s foreign policy. Explode all the stuff that doesn’t make sense, and the world shrinks quite quickly. Disney is doing the exact same thing with my beloved Expanded Universe, the thousands of pages of fiction written in between the first trilogy and the “prequels” to it. My mom paid for most of my collection of those books.

“Hey guys, don’t tell my Mom, okay?” I ask. Chrome and Aggie turn to look at me. “I’m supposed to wait until Christmas to see this thing with the whole family.”

Chrome laughs and Aggie nods, smiling. We know we can count on each other’s discretion at this point, even if living with our mothers is one of the only things we have in common anymore.

I returned to Chrome’s house a month after the shooting looking for his mother, Joy. I was trying with the help of my siblings to get my mom out of America. She needed to get out more—like, a lot more. Getting out of America changed my life, but I didn’t have the money to go anywhere. When I’d told her I was trying to change my mother’s life, Joy said she would have the disposable income to tag along when the sale of the crime scene was complete. One bullet had dropped its value by almost a third. I knocked on her door and the babysitter, Mindy, answered. She makes most of her money from Chrome. She’s a non-practicing lawyer, which is to say she dropped out of law school.

We alit on the back porch, traveling across the hole in the floorboards that had been peeled up by a HAZMAT team after the incident. The technicians inferred from the abused surroundings that carelessness was okay and left wide gouges in the terrazzo they exposed beneath the bloodstained hardwood.

“No, he ain’t getting out for a long time. I looked up his record.”

“He’s been in jail at least once a year since he was fourteen,” she said.

“You’re better off not knowing.”

I didn’t really know what to say to that, and Chrome appeared at the back door to fill in my blank.

“Drugs,” he said. He rubbed his head before extending an open hand. I slapped it and wiped what he calls Guinea Grease on my jeans.

“What you should’ve been doing was asking yourself how you let Blue around Wiggles,” Mindy said.

“I looked up his record. That motherfucker was dangerous!” She listed a few of his more careful transgressions.

“Man, fuck you Mindy. Blue’s family,” Chrome said. “He’s had my back, now I got his. I knew all that shit when I asked him to come up with me. He’s got it hard being addicted to heroin and shit. They got him on it in jail when he was a kid.”

“You’re a dumbass.” She waved at Wiggles, who shucked and jived in the bouncy chair in the living room behind her father. “That’s just his County record,” she said. “Who knows what he’s got elsewhere.”

“You know if you got the new house yet?” I asked. They could use an elsewhere.

“I don’t think there’s a lot of competition for the place,” I said. “The holidays also slow everything down.”

I told him I was dipping, and slid past through the back door and back into the hole Jeb’s blood made. Wiggles stared up at me, mouth agape. Jeb was the only one I ever saw play with her. He would toss her up and down, convincing her of his latest fan theories when no one else would listen. I rubbed the soft down of her head and looked back to her father.

I don’t know why I asked. I’m trying to get a state teaching job, so hanging out with people under investigation by the State Attorney’s Office is a big no-no. Maybe I thought I was helping, that they’d catch a break and go home happy tonight, and in fifteen years Wiggles would have good enough grades to go to college, right? She’s still young enough to be trained in the ways of the light side of the force. She is still strong in it, either way.

The lights dim, and the LucasFilm logo flashes silver and gold across the screen. Jeb would have appreciated the tasteful lack of previews. I’d love to see the original teaser trailer, which was merchandised in silent black and white with weird subtitles on Super 8 after A New Hope’s initial theater release. It ran a step slower than the real movie, ending with the Millennium Falcon flying away and the line “they’re safe . . . for now!”

I’m not worried much about my own safety, about a SWAT team busting down my door tomorrow and hauling me off as an accomplice. I’m worried about being served a subpoena by a well-dressed paralegal in the middle of my new classroom next year. The legal system works hard to keep things nice and light for pretend criminals like me. The theatre darkens while I am scanning it for familiar faces. I don’t want to be associated with manslaughter, drugs, or low-level crime any more than the next guy. My first high school reunion is already close enough to actively dread.

No one is paying me any mind at the moment. The people in the audience below us are whistling and whooping, giving voice to an anticipation that’s been building all over the world for months. The theme music begins to play, and I seem to have forgotten what I’ve been talking about. I guess I’ll just go back to watching the movie. I wouldn’t want to miss something.