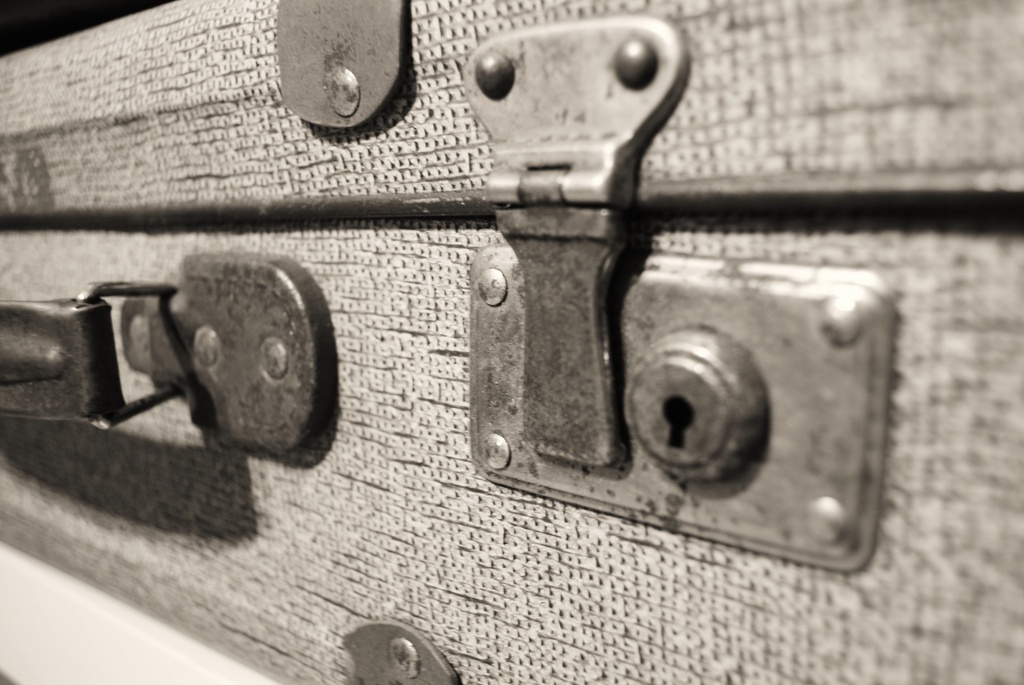 Solve for Ways to Disappear

Alysia packs two suitcases. She boards a westward-bound plane with an average cruising speed of 570 mph, leaving behind one ex-boyfriend, one cat, and one current boyfriend. If the plane flies continuously for 7.45 hours, and if Alysia stays in the city of her final destination for four months, loses ten pounds, and starts sleeping with another ex, how much closer to happiness will she be than when she first arrived through immigration? Please show your work in the blank space below.

In the Low Countries, the clackety-clack of metro trains running through narrow tunnels comes to a violent stop during the wintertime because the sun disappears for days, and so the suicide rate rises and throwing human bodies—sacks of meat and bone—in front of fast-moving trains becomes an accepted method of chosen death.

At dinner, the Belgian family I lived with could not recall the name of Picasso’s art movement. They tossed words back-and-forth with rolling r’s and nasally vowels, and my slipped-in Cubisme, the i sound stretched and long, like I belonged in their capital city, made them look at me with different eyes. Like I’d been hiding a rare gem behind my collarbones.

Another type of death is sleeping with men with mouths like heroin. Hands, too. This is to say that they did it, or say they did, or still do, or that being with them feels like nodding out.

I said November, November and meant it, but then November came and I was not home; the plane ticket I’d had all along was dated December 11th. I was asked in November by the acquaintance who’d agreed to watch my cat until that month, What should we do with him? I shrugged across two-thousand miles, asked the ex I’d left behind, What should we do with the stupid cat you bought to prove a point, the cat neither of us wanted but I kept because you couldn’t care for it? He didn’t know either. The cat—Achilles, the warrior—has a new home, happier now without either of us.

When the current boyfriend I left behind let me go I felt light, weightless.

Rather than floating or drifting, I hurled my body in different directions until something caught or I stuck. Any attachment was better than none, at least for a little while. And then the attachment became a heavy weight, so heavy. Pick a starting point on the Cartesian plane, pick an end point straight down, the slope of a line so steep it is undefined; find me at the bottom.

My bedroom window overlooked terra-cotta rooftops. The grey sky came down to rub itself across the burnt red and orange tiles. I imagined my no-longer cat running across them like wild smoke. Prescient, Cheshire-like, he grinned, said, Some go this way, some go that, but I myself prefer the short cut.

One day, I ran for the train and its doors caught me without slowing. My body slammed between two opposing forces that then opened with a languor that seemed comical in contrast. I remember neither where I was going or why I was rushing, only my bruised shoulders and how the orange plastic seats were so bright they made the city’s grime more apparent.

I have another boyfriend again. I even have another cat that matches the color of the winter Belgian skies and is as skittish as the sun on those short days. But at night I still dream about the man with a heroin mouth. In my dream we are together, and he is kissing a woman either through or behind a shower curtain. It’s a fractal pattern, a splintering crystal. Look through this facet: I am at peace, existing solidly in a space, in my body.