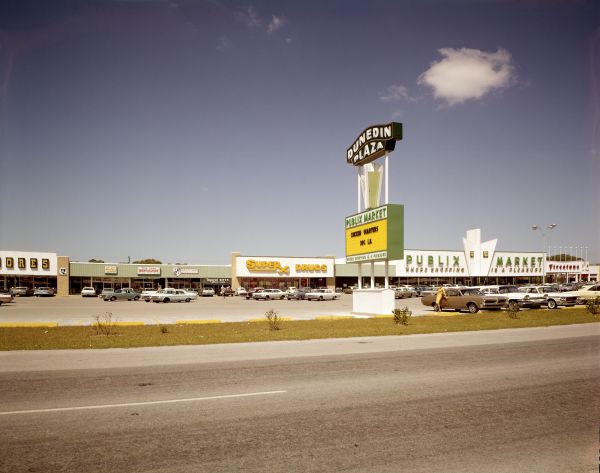 I didn’t do anything wrong. I was walking from seventh grade cheerleader practice, alone, to the shopping plaza where I could hang out until my mother picked me up after work. It was Florida afternoon hot. Hot hot. I was looking forward to a Coke in a frosty glass with a straw at the Woolworth soda fountain. I was tired after practice, lugging my bookbag across the endless asphalt of the school parking lot, then the endless asphalt behind the plaza’s unloading docks. Its stucco back walls blazed white slammed by the afternoon sun.

I saw a man sitting on a lip of the wall and faced toward me. Something made me give him more than a glance. He was looking right at me and it seemed like I was caught by his eyes and his enormous nose arching downward like the schnozzle of Jimmy Durante. He was wearing shorts but no shirt, and his skinny chest slouched toward his belly.

I looked away and then back because of his stare. Away and back again, and that’s when I noticed his enormous thing hanging out from one side of his shorts alongside his leg. I had seen boy parts before; after all, I had a brother and my father slept naked, but this one was so big. It seemed to mimic his Durante nose. Everything was lined up against that stark white wall – eyes, nose, slouch, stick legs, thing – hot but frozen and menacing.

I didn’t know why he was sitting there like that. I was so innocent that my first thought was he didn’t know he was exposed. But the way he was staring at me so fixedly soon made me realize it was on purpose. I hadn’t known I could be so exposed on the road I had walked many times before from the school to plaza. That late in the afternoon, it was empty of passers-by.

I was afraid he would follow me, and there was a long stretch of blank wall before I would be in front of the plaza with customers going in and out of stores and their cars. I was anxious to get to where I could be seen. I hurried past and to get around the building trying to look back without looking like I was looking back, just a casual glance without turning my body. I decided I would march right into the first store and tell a clerk about this man so they would get rid of him. I didn’t want another girl, maybe younger, to see that. I knew the Montgomery Ward catalog store would be the first one and I would go in there.

I got to the front but couldn’t go in. I walked back and forth past it a few times, feeling embarrassed by what I had seen, before I finally pushed open the door. I was ashamed, ashamed this had happened to me. Was there something about me that made him do this? I was afraid maybe the clerk would question me as if I had done something wrong: What were you doing back there all by yourself, anyway? he might ask. Instead of heading for the counter, I pretended to look at the small selection of baby dolls next to the equally small collection of toy pistols for boys.

Then I just left. I never told anyone. I was afraid if she knew, my mother wouldn’t let me walk up there by myself again or anywhere else I liked to roam like the palmetto scrub or the beach at the end of our street.  I didn’t do anything wrong, but I knew instinctively that if I told, I would be the one who would be in trouble.