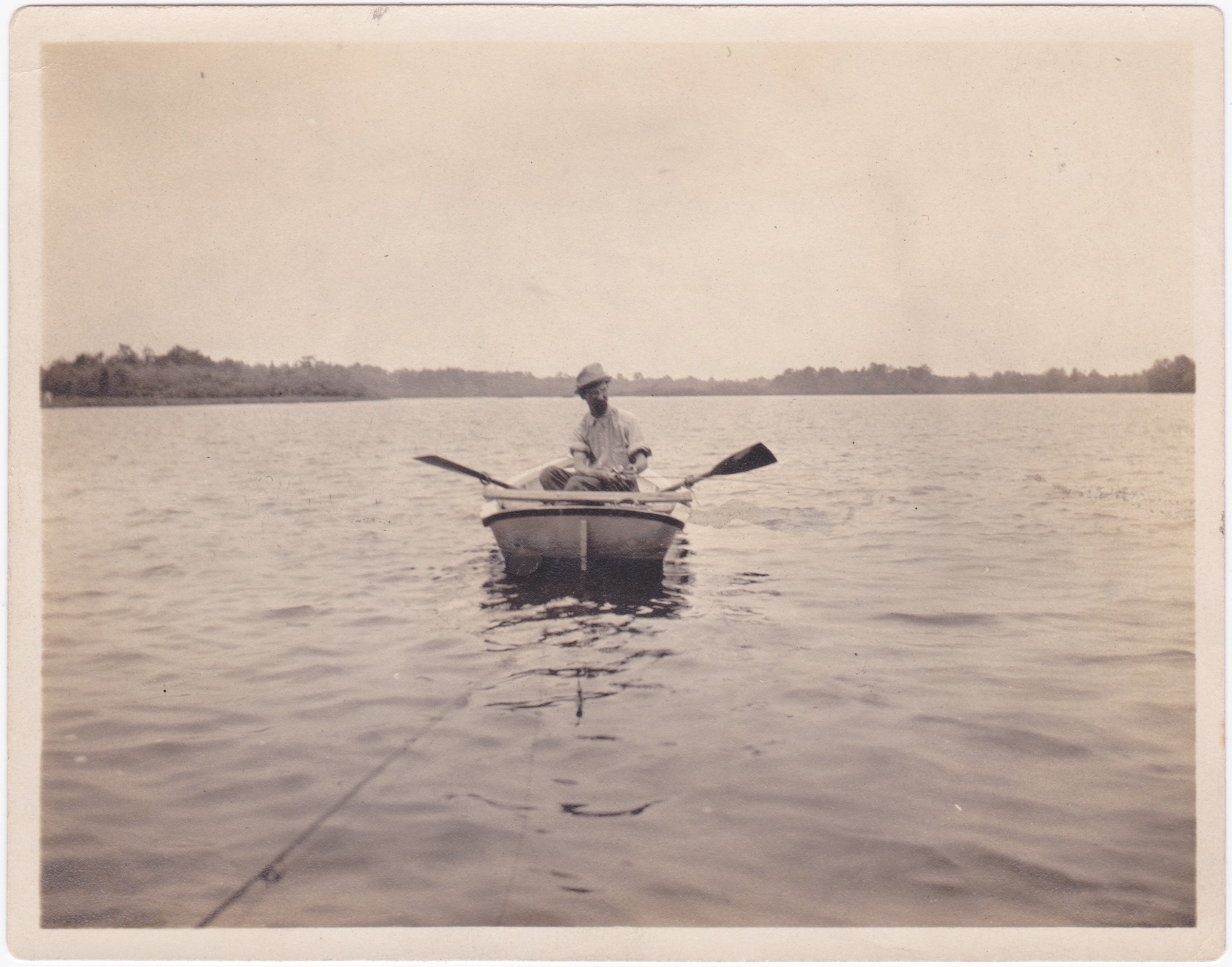 After Whitney chased her dreams to New York, I decided to follow mine down the St. Johns. She said she had wanted to be an au pair since childhood, but I knew better. I knew she loathed the way this equatorial sun sits on your skin, kissing you like the devil’s lips. I also knew she would find her happiness there.

So I set off, the lazy water lapping at my sides with the promise of being my own private Walden. I even planned to introduce myself as Henry David to strangers along the way, and I longed to see if Emerson was right about the grotesque region awaiting me north of  St. Augustine. I smiled, the hope that he had lied to me tickling my heart.

Two days in, my arms matched the tea-colored river, and I thought about Whit.

Summers used to be my favorite, John, but here they’re just brutal.

And she’d look my way with those doe eyes, close enough for me to see my own reflection. In the days leading up to her flight, I didn’t see myself there anymore.

Three hundred miles didn’t seem so far. Then again, far doesn’t really exist when there’s no real destination. Making it all the way to Jacksonville wasn’t on my mind; I just wanted to see a few things and meet a few folks. I brought a fishing rod and caught my dinner when I felt like being alone.

“Rio de las Almadias, Rio de Corientes.” The man’s face and forearms were darker than mine, and his near-perfect accent trumped the gravel in his throat. “She’s been called lots of things.”

Our boats gently knocked decaying pilings on the opposite sides of a dock with no house in sight.

“Everything, my friend,” he answered before fixing his eyes on my wedding band. “The whole history of a place. Welaka. Almadias. Corientes. La Rivière de Mai.”

His French was even better.

He said he’d grown up on the river, had traversed its length from marsh to mouth and back again seven times. I didn’t believe him.

We set up camp for the night, which simply entailed clearing away fallen palm leaves and making sure you weren’t lying in a village of anthills.

“No rain tonight,” he assured me as I stared at the stars hanging just out of reach.

He carried on with his etymology lesson, telling me all about the woman who had left me for city lights and children.

“Whitney. Old English and Anglo-Saxon, with the possible meanings ‘white water’ or ‘white island.’ Some say it might also come from the River Wye in Wales and England. Wye is from the Latin vaga, ‘wandering.’”

He had with him a fishing rod as well, and we cooked up the night’s catch over a fire he started with flint and steel.

“I’m kind of old-fashioned,” he said, ignoring my box of matches and conjuring a flame with one strike.

I woke up to find our fire smothered by the leaves we had moved and the man bathing in the river. I was beginning to smell the days on me, and I slowly stepped into the warm water, clothing and all.

“Well, that’s one way to do it!” he shouted with a laugh, his head bobbing above the surface like a buoy.

“They’ll dry in no time!” I yelled back, quickly regretting my urge to explain.

I watched as the man poured three handfuls of water over his scalp, and we each tread in silence as the sun lifted from behind the sabals.

“It’s time for me to move along.” The man pulled his naked body into his boat, unmoored, and waved without saying another word.

My clothes clung to me longer than I had hoped, and as I drifted north I scratched words onto the pages of a notebook. I had intended to jot down my river experiences and the thoughts that followed, but all I had in me were letters to Whitney that would never be sent.

Ours was now a world of opposites. Her noise to my quiet. Layers of bodies to solitude. Lights overhead, manufactured and celestial. It started to make sense.

And there were the opposites on the river, too: the world I knew above the water and the one I didn’t below. To my surprise, I was a stranger in a strange land after all, and I found myself wondering if she was feeling the same.

In the weeks before the end, I had found us a place down south, a little conch house I was going to paint her favorite color. I planned to keep the home when I returned, and I promised to accept the memories made there without her.

Still, as I floated across the springs, I saw her. I saw her on the porch, smiling as I shuffled up the dirt path, a day of work behind me and everything that mattered ahead. I saw her napping on the couch, hiding those eyes and the light they brought to the house on the darkest of stormy afternoons. I saw her in the tall grass, watching the wind dance its way along the landscape, each blade in perfect unison as though the performance was conducted by God herself.

“I grew up in Geneva, on the shores of Lake Harney,” he said as our fire replaced the sun. “Harney is Irish, possibly from a word meaning ‘paternal.’ Fitting since the lake was named after William S. Harney, a general in the United States Army during the Great Rebellion.”

I turned to face the coolness of the night.

“Funny story,” he continued. “William’s older brother was John Milton Harney, who was also a poet.”

“I quit lying when I turned eighteen, my friend.”

How are you? I hope you are well, and I hope the sun is shining there.

Have you found a family yet? I bet it’s two boys and a girl, and you have your hands full. They run you ragged all over the city, but you love it.

Remember our dream of “sailing” the St. Johns? Well, I’m currently docked at the mouth of Lake Jesup, and since starting this letter I’ve heard a bald eagle and spotted two gators. One was longer than my boat.

The sun doesn’t seem as hot on the river. Maybe it’s the breeze. Or maybe I’m getting used to it.

One thing’s for sure: I’m getting used to the taste of bass. I eat it most nights now, if you can believe it.

One thing you wouldn’t believe is the quiet out here. You’ve never heard it quite like this. In the middle of the water, away from everything, you will find the sound of what can only be described as the sound of nothing, of dying, of heaven.

And the darkness is the same. If it wasn’t for the moon, night here would be as black as it is behind my eyelids.

When I can’t sleep, instead of counting sheep I count the stars. But sometimes their brightness and beauty still keep me up.

Are you sleeping alright? I hope so.

Sometimes I could see to the bottom. It’s weird, though, how being able to see the life of the river below its surface doesn’t really make you understand it any better. It almost feels even more foreign.

I stopped having dreams while I was out on the river, or maybe any remembrance of them was just washed away with the sound of the water against my boat or the shore as I awoke. Dreams are a foreign kind of thing, too, I’ve found. They can be more beautiful than life, and the intensity of the feelings never translates on the other side.

“I’ll only see you on the weekends.”

I decided that the river ended near Hastings, and the water stretching beyond me was only a mirage. I sold my boat to a woman selling fruit, kept my fishing rod, and hitched three rides to St. Augustine, praying for something that would make me want to stay.

I’m holding onto the house we would have shared, and I work at a school to pay my rent. I can hear the Atlantic when I open the window, and the beach has broken my hesitations to visit. Evenings are often spent there, the pink and orange and purple sky waning deep to dull, promising nothing but the possibility that Whitney is turning her eyes, watching and listening to this ocean, too.