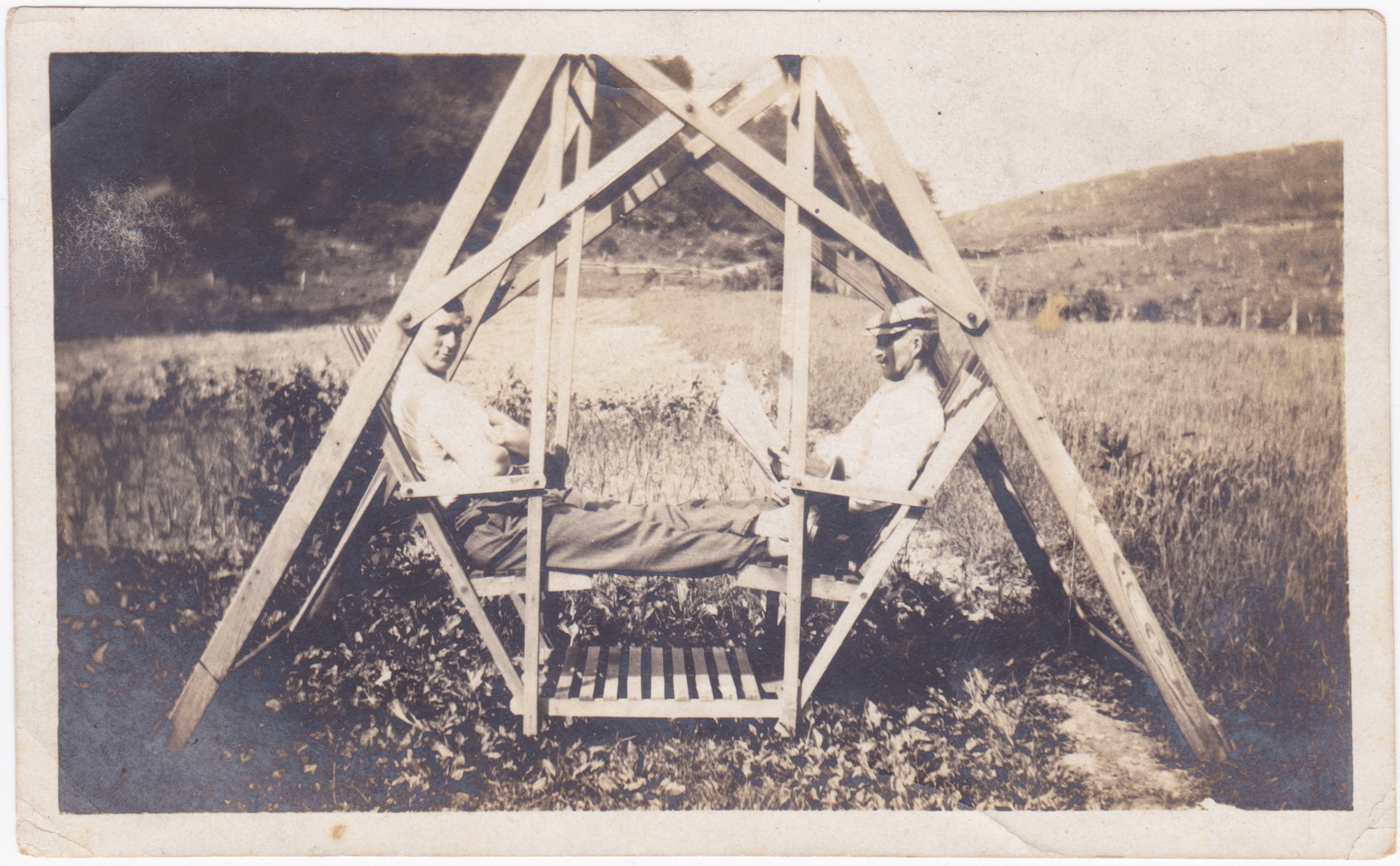 The only words between us most days were the ones in his newspapers. I had gotten really good at make believing that the sighs and half-syllabic hums coming from the other side were his reactions to something magical he had heard me share. Fooling myself became like breathing.

I never understood the feeling of wanting to be at Dad’s side and as far away as possible in the very same moment. And in a way I was, sitting there and yet on the other side of the hill, or in the woods, or sometimes in the clouds.

A smile can hide everything.

I faked my way through the one or two points of discussion that would crop up, brief conversations about whatever was going on in the world while a whole world was going on inside my head and heart.

A breeze would roll in from the west, carrying with it the cigars that clung to his skin. Sometimes when the wind hits me just right I can still smell him, and when I have the time I’ll stop and listen and sometimes hear his laugh.

I look like him now. I laugh like him, too. I had always thought the gruff, almost congested rumble came from his smoking.

There were times when he would ask me if my head was in the clouds and I would say yes, and I could feel his head shaking from behind the wall of paper.

Or maybe I got it wrong and they were smiles.

He promised to live and die in the Panhandle, and he kept his word. He never crossed state lines, not even in a book, and I doubt he is anywhere but in that house or in the field. I can see him arguing at the gates, demanding to be sent back down to the only place he’s ever loved.

His mustache was shaved for the occasion, and it was the first time I had ever seen him without it. The scar revealed came as a shock to Mom, its jagged stitch nearly running from his nostril to the corner of his mouth. I still make up stories about its origin.

I wear his shoes sometimes, and when I slip my foot inside I’m surprised by how easy it is. There’s surprise at their comfort, too, the way I seem to float forward. The years he spent wearing them make sense now—and the cash he mailed to his cobbler every Christmas.

I started reading the newspaper alone when my children were born.

They never see me in his shoes. I wouldn’t be able to bear the questions that would follow.

The three of us like to sit there, too, especially on evenings when the sun decides to color the sky. His seat is mine, and I watch their faces glow from the setting star, ignoring the yellow gold shine cast over the rest of the world.

We count clouds and describe the wind. The way it feels, sounds, smells, inventing words when the known ones aren’t right.

We have staring contests. I always lose, though not without using every drop of effort.

We translate what the birds are saying. We put voice to the deer and fox and rabbits that play just within sight, bringing ourselves to laughter tears—“lears”—with outrageous dialogues.

We hold our breath as the sliver of orange disappears beyond the hills, exhaling as darkness takes its grip and a bat shrieks forth the colony’s hunt.

We aim our flashlight and head home.