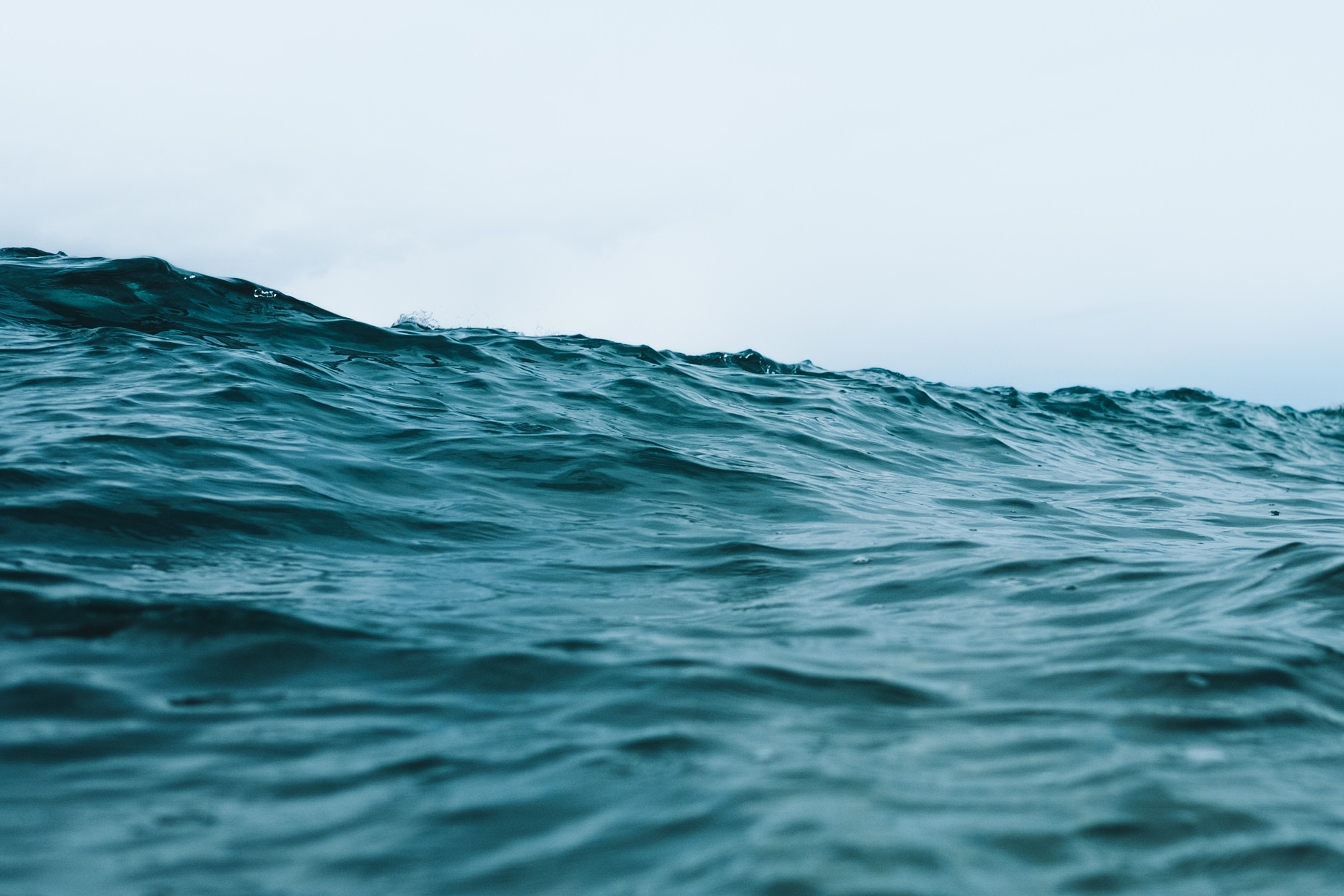 I felt alone at my desk. I was in sixth grade. Our class was learning about Mary Magdalene washing Jesus’ feet with her hair, and the boys sitting behind me began bullying me.

We were sitting in the back of the classroom, and our teacher was writing words like “Jesus” and “Disciples” on the chalk board. Mike was the class superstar: extroverted, athletic, and an honor student. He slapped the back of my head so hard my glasses flew off my face and landed on my Trapper Keeper. I knew what a maricon was. I prayed every night to Papa Dios to ensure I wouldn’t become one.

“This maricon isn’t saying anything,” Mike said. “Let’s see what I can do that’ll get a reaction out of him.”

He slipped his pen down my uniform pants and found the spot on my body he was looking for.

“I bet he likes this pen up his ass,” Mike laughed, pushing it deeper.

Mike pulled the pen from my pants and patted my back.

“I was just teasing you,” he said directly into my ear. “Please stop crying. I’m sorry.”

“You know,” my religion teacher said, pulling me aside once class was dismissed. “They wouldn’t pick on you if you played sports. If you weren’t some flaco who can’t defend himself.”

I don’t recount the above narrative in the spirit of self-revelation nor as a crucifixion of the parties involved, but rather to examine one piece of the puzzle that makes up my anorexia. Sixth grade was when I began associating shame with my body. Shame that I was touched against my will. Shame that my body wasn’t athletic. Shame that my teacher had to call out how defenseless I was.

As time went on, and I came out as a maricon, I found that other maricons liked my flaco-ness: they’d touch my hipbone at dinner, slide their hands up and down my rib cage in the car on the way back to their apartment, and would look at me with a hunger one would describe as biblical when I was naked and served to them.

In college, my body naturally began to thicken. My best friend Yazmin was the first to notice this change when I came home.

“My abuela was telling me that your face has filled in. You’re no longer a boy. You’re an hombre!” she said.

All Cuban boys are expected to become hombres: to have wide pecks and big Gladiatorial-like arms that are capable of lifting heavy things. I was never strong. All my life I was the skinny boy who was the last to be picked for sports. That never bothered me. I hated sports. I preferred to sit on the benches with the girls doodling in notebooks and talking about their periods. As it turned out, being a maricon was my birthright.

I picked up The South Beach Diet by Arthur Agatston intent on trimming the fat. I soon discovered, the less I ate the quicker the pounds came off. A little voice in my head told me to just starve for a few days. As the burning sensation in my stomach became an addiction, days turned into weeks, and weeks turned into months. I felt empowered by my starvation. By the time I returned to school that fall semester I was exactly six feet tall and weighed 118.3 pounds. During the summer I’d lost over 34 pounds.

According to the National Association of Anorexia Nervosa and Associated Disorders, in the United States 30 million people suffer from some type of eating disorder. Out of that number, 10 million are men. In recent years the National Eating Disorder Association has conducted studies that found a strong correlation between body shaming at a young age and self-destructive habits, like starvation, later in life as a coping mechanism for trauma. In simple terms, starvation helps the victim feel in control.

What’s also interesting about my story is that my father too is anorexic.

Dad grew up in Cojímar, a fishing hamlet east of Havana overlooking the Straits of Florida. My dad hated the ocean. He was terrified of water after he witnessed his baby cousin drown.

“Mi chicitico hijo,” his Tia shouted over and over again as she dragged the body out of the ocean and through the sand.

One day, years later my dad’s own father pulled him aside on that very beach where his cousin died and pointed at the ocean.

“You see that, hijo?” his father said. “We need to cross all that water in order to get away from Castro.”

Dad and his family got lost at sea on their way to the Florida Keys. The Captain came out on deck the morning after their exodus, dumbfounded by his surroundings, and exclaimed, “¡Estamos jodidos!”

They had packed little food, and the Captain worried they had too much weight onboard. My dad found an easy solution to these problems: starve himself. This way there would be food available for his younger siblings, and if he lost a few pounds, the odds of the boat capsizing would decrease.

The trauma of leaving Cuba festered in him for decades, and when Dad turned forty, his body changed. He was no longer the athletic softball player for the Cuban American Lawyers team. He was out of breath running from base to base, and his body felt doughy. Then my mom dropped a bomb: she was pregnant with my little brother.

“I don’t want you to die of a heart attack,” she said to him. “You need to get your weight under control.”

He was healthy, but his ego was bruised by my mother’s words. He hadn’t seen himself as fat. Out of shape, of course, but not fat. He picked up a book called Fit For Life by Harvey Diamond, and just like me, the diet quickly faded into starvation. He’s also six feet tall and at his lowest he was 140 pounds. Prior to the anorexia, he averaged 215.

One day, after many years of starvation, he nearly fainted and was diagnosed with anemia. That’s when he stopped starving himself and picked up a hamburger. Just like that his anorexia seemingly vaporized.

When Dad saw me at 118.3 pounds, he asked me a question that had been haunting him, “Are you anorexic ‘cause of me?”

Studies conducted in 2002 by the University of Pennsylvania involved researchers comparing the DNA of patients with anorexia with the DNA of other family members also suffering from an eating disorder. The study found common chromosomal markers that suggested that there might be a genetic underpinning to anorexia.

Another turn of the screw; Mark Wolyn, in his book It Didn’t Start with You, explains that many people inherit trauma and anxiety from their parents lived experiences, in the same way we inherit physical traits, and argues traumatic experiences from previous generations can be easily passed down through chemical changes within the DNA. Trauma can quite literally morph genome.

I went home recently for the holidays. My anorexia, like the waves in Cojimar, rises and falls. I hadn’t been eating in the months leading to Nochebuena. I wouldn’t even sip water after long days because the first lesson every amateur anorexic learns is that water weight is for fatties, and you should drink as little water as possible if you want to look like Nicole Richie or an Olsen.  The night before my flight home I had become so dehydrated I was urinating blood, and as I sat alone in my bathroom hyperventilating, I found myself unwilling to drink water. My mouth was so dry, but I pictured the water entering my body, and expanding it. I would be bloated, and everything I had worked for with my body would be lost if I dared to ingest a single drop of water.

Dad waved his arm up in the air when he saw me exit the terminal. He was significantly thinner since I last saw him—he looked gaunt and tired. He exclaimed, “Hijo, look at me. Soy anorexic again!” And laughed. And for the first time I saw him in the way a father must see a son. I saw his pain, his suffering, and that no matter how successful he is in life, he is still that scared little boy lost at sea. And in that moment at the Miami International Airport, in my thirties, an island in a sea of wayfarers, we hugged and I realized I was not alone.