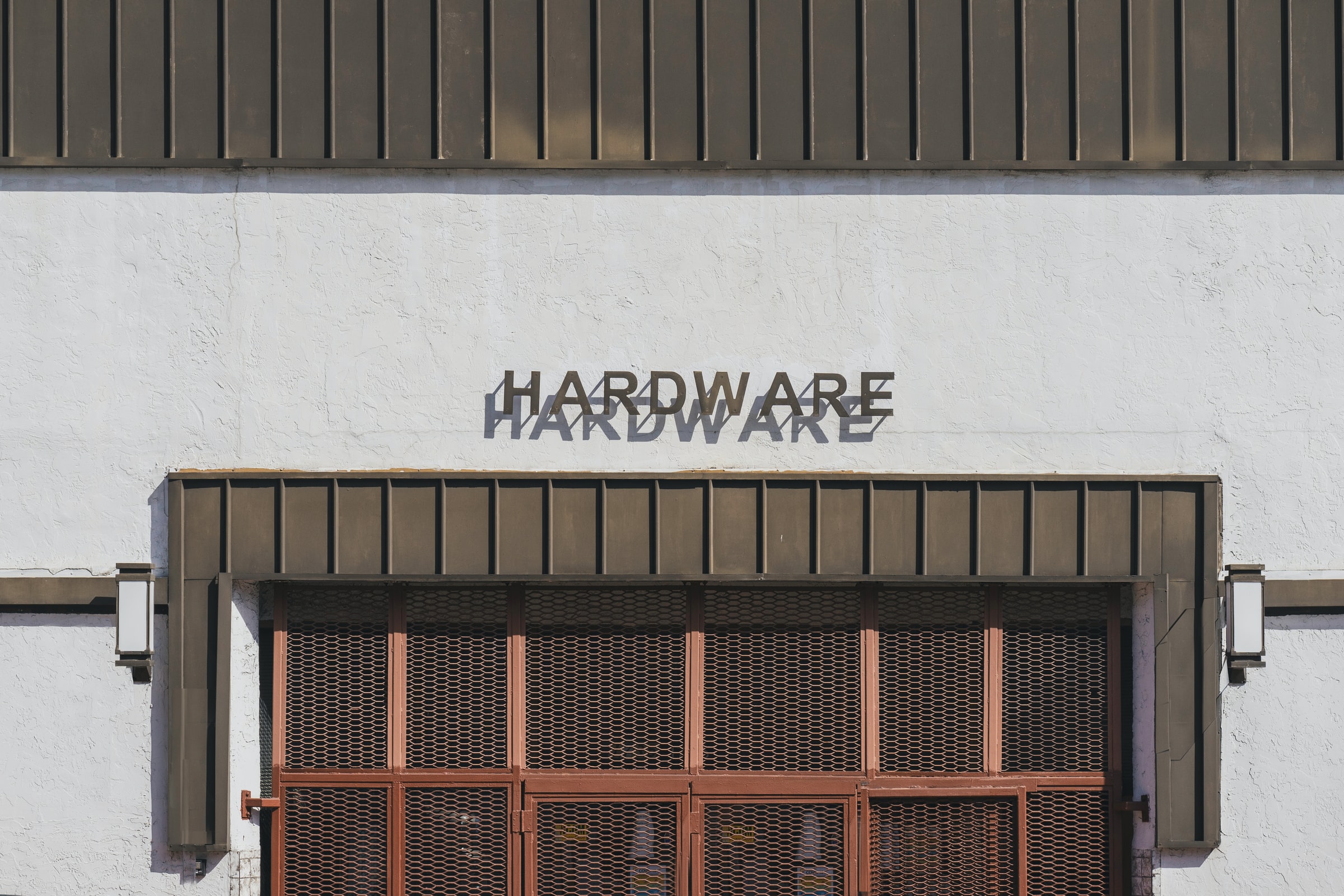 Harry and Jerry, aging twins, owned the hardware store at the corner of Central and Gator.  Allen Wrench, their father had named the store after himself in an unusual display of pride in 1948.

Every morning they stood in the doorway of Allen Wrench, each shading his eyes and skinny, beaky nose as he watched the traffic at the light to determine whether it was going to be a good day or slow. To an outsider, it would be difficult to tell anything from the morning traffic, gagging at the light, waiting to spew itself to work or school or court or wherever anyone was impatient to get to at 7:30 in the morning. Their large identical Adam’s apples bobbled in sync at the tops of their buttonedwhite shirts, and then, on this day, as on so many others, they turned to each other and said, “A good day.” They were always right, and so they turned to go in the heavy door, lined up the cans of WD40, opened the case of wooden paint stirrers and sipped at the creamy coffees they’d brought from their homes where every morning the wives filled the thermos bottles they’d had since 1968.

Despite the growth of the big hardware stores, Harry and Jerry did well. At one point, Harry’s wife, a pessimist, predicted Home Depot would destroy Alan Wrench. “You boys are,” said Spring, “doomed.

“If so,” said Harry, “we will go to hell in a well-oiled handbasket.”

And sure enough, after barely hanging on for a couple of years, Harry and Jerry found customers returning in trickles and finally in streams with their little lists. “Where else can I buy three screws?” said one customer. It was true; Harry and Jerry had hundreds of old wooden drawers full of loose bolts, clasps, nuts, and hinges. If a customer wanted, they could be in and out of the store in ten minutes. Harry or Jerry could put their hand in just the right unmarked drawer and pull out one of something that held something else together, put it in a little paper bag, and take the customer’s fifty cents. “This would take me all afternoon in Lowe’s,” a customer might say, “and I would have to buy fifty of them.

Jerry would most likely say, “We never speak badly about our brothers in the hardware business, but we try to be conscious of your time and money.”

“Brothers and sisters,” Harry would say.

In literature, as in life, a problem emerges here, pecking its way out of a tough and fragile shell. This will lead awkwardly or gracefully to the end of the story. Like you could have in real life:

One of them gets a divorce.

The wives fight and force them to separate.

They witness a murder, are in danger.

One of them gets sick.

One of them has a secret.

One of them has a child they knew nothing about.

They lose the store to developers.

One of their wives is physically or mentally ill.

Thanksgiving dinner is chaos . A roll is thrown.

One of the grandchildren has a disability.

can’t have a baby.

becomes pregnant, has a botched abortion and is rendered unable to conceive.

becomes a taxidermist in the Adirondacks, is killed by PETA campers.

Or Harry and Jerry

meet a celebrity in the Starbucks next door.

Fiction is a lot of work.

Their protégé, the stock boy

is innocent, Harry and Jerry do detective work to prove it or

is killed in an accident at work or

is killed by Harry or Jerry or

takes classes at night, becomes a master chef and abandons the brothers.

disrupt a church or two.

become security guards somewhere at night when money gets tight.

or Harry and Jerry get tattoos.

Do Harry and Jerry’s wives have secrets together?

Maybe the whole family takes a vacation to the Adirondacks, to Lake Placid, because of the quality of the taxidermy.

Harry and Jerry have a mysterious store cat.

All four (Harry and Jerry and their wives) keep journals, detailed, but in code.

The cat narrates the novel.

Somebody paints well or badly. Contests are won and lost.

Somebody knits well or badly or collects something, like stuffed chipmunks or tarot cards.

Harry and Jerry find out there’s a triplet.

At the end, it looks hopeless, but some things turn out okay.

At the end, it looks hopeless, but everything turns out okay.

At the end, when the cat dies, they take it to the Adirondacks to the taxidermist.

At the end, it looks hopeless, but something turns out all right, though someone is dead. Besides the cat.

At the end, it’s just as hopeless as it looks, though a former employee looks back to those days with nostalgia.

So is real life, and that’s what is so terrible and wonderful, because if Harry and Jerry are watching the traffic just now, things will happen and amaze them with love, betray them with greed and loss. Not to mention current events. They will disappoint themselves and each other and the stockboy and the wives; they will be dear and astute and funny and wise, just like the rest of us. Awards, fires, babies, thefts, boredom, joy and death in no particular order (though Jerry’s wife thinks there is an order; we just don’t know what it is).

It’s almost as hard as fiction.

That’s why, in l952, Harry’s wife ordered a rosary blessed by the Pope.