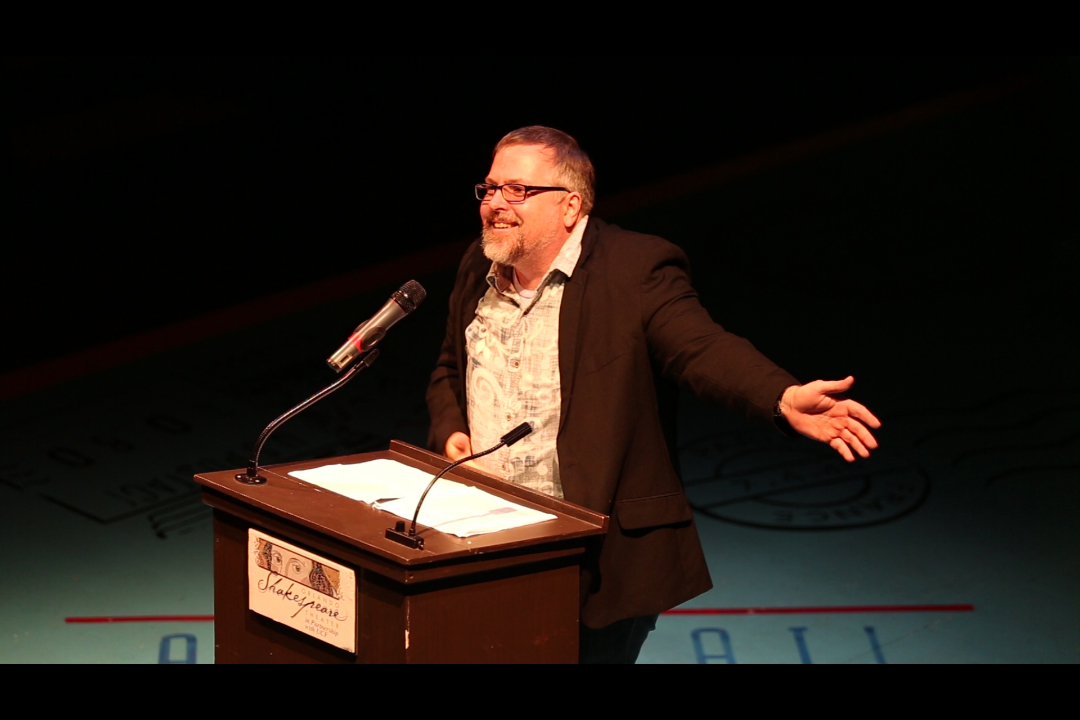 11.15.14 at the Lowndes Shakespeare Center
Reading from: Authority, book 3 of the Southern Reach Trilogy

Jeff VanderMeer‘s most recent fiction is the NYT-bestselling Southern Reach trilogy (Annihilation, Authority, and Acceptance), released in 2014 by Farrar, Straus and Giroux. Foreign rights have sold in 17 countries and the movie rights have been acquired by Paramount Pictures/Scott Rudin Productions. His latest nonfiction books include Wonderbook: The Illustrated Guide to Creating Imaginative Fiction (Abrams Image). His nonfiction has appeared in the New York Times, the Guardian, the Washington Post, Atlantic.com, Vulture.com, and the Los Angeles Times. VanderMeer recently taught at the Yale Writers’ Conference and has lectured at MIT and the Library of Congress.