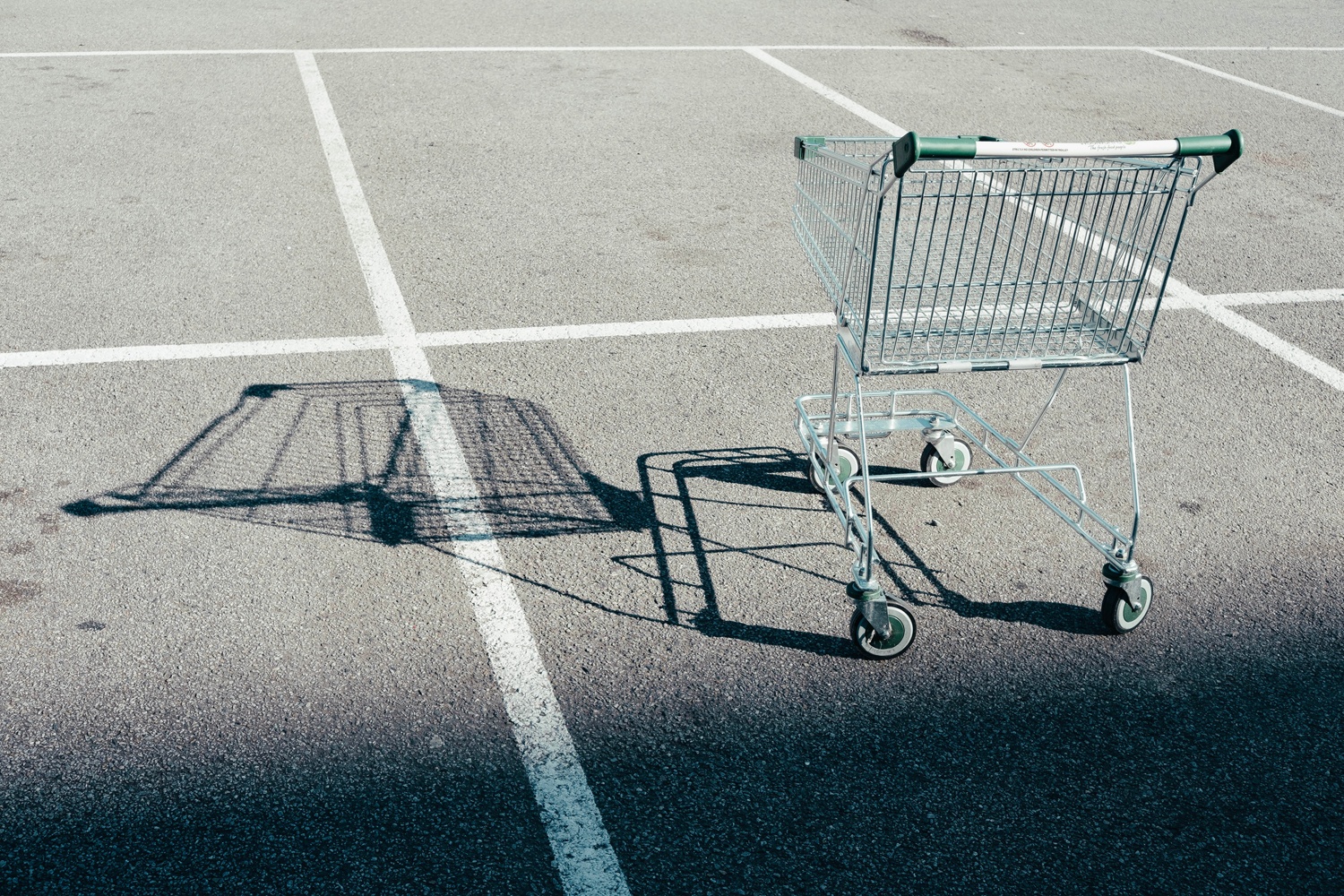 How the Devil Finds Out

It happened on the corner of 147th and Miller, beneath the long branches of an oak hanging over the corner. It happened often enough— usually to white kids crossing U.S.1 in front of the University of Miami or other tourists on The Beach—but seldom in this residential area, and never on this intersection.

Caridad Guerra had been crossing Miller at night after she and Pops had gotten into an argument about— what was it? No one had been able to tell Iggy exactly what had led his mother onto that intersection and into the path of a pickup, but now all that was left for him to do was sit in the roadside memorial that washed over the corner like a wave of flowers and try to make peace with her death.

He’d been there since before sunrise, but as the new day’s edge shimmered on the horizon, slowly peeling back the dark husk of night, and Iggy knew today would be no better than any day since Mami had been killed.

A car honked as it sped past, shaking Iggy from his mourning. Traffic had thickened into gridlock here by Mami’s corner, and his shift at the butcher shop where he worked started soon. His fingers tingled, his armpits wet, and a heavy pounding thumped in his temple. He kissed the grass at the foot of the Mami’s memorial cross and rose.

Iggy walked the same path across six asphalt lanes that Mami attempted the night she died. Completing the walk would help him find closure, or so he hoped, as if by doing so would somehow let them both rest. Maybe it would help air out the anger that bubbled up when he thought about the cops, how he knew they’d do nothing to find whoever had run over his mother.

He looked back at her cross, at the lace-like shadow of the leaves and branches shifting over it like a veil. The sun lit the tips of the trees and they flashed like flames. He crossed the street to a parking lot as he whispered another prayer for Mami.

Iggy heard him before he saw him: heavy breathing and the metallic clatter of El Loquito del Sedano’s wrangling shopping carts. It sounded like its own traffic jam in the supermarket’s parking lot. El Loquito stalked them all over the sprawling lot, the brim of his bucket hat flopping above his bulletproof glasses. The lenses magnified his eyes so they seemed to take up half of his head. He stacked carts three or four deep, pushed one cart into the back of the other, then shepparded his metal sheep into the shade, where he corralled them into a shopping cart pen on the near side of the lot.

No one knew his real name, but since he was a bit odd and a little crazy, he was known as El Loquito. The word on the street was that El Loquito had almost beat out Downs syndrome andautism as a kid. His recently-exiled parents, having sacrificed so much to reach Miami, wanted him to have a version of the American Dream (or as much of it as he could handle) so they’d secured him a job wrangling carts at Sedano’s when they’d first arrived in Miami. Since then, the supermarket had basically adopted him.

Iggy cut through the parking lot and watched as El Loquito wiped his face on his sleeves and disappeared into the bushes. Nestled in the shade and foliage behind the pens was his makeshift workstation. The focal point was a scuffed-up plastic chair with a white towel draped over the armrest. A transistor radio perpetually crackled between Cuban talk shows and Marlins games. Under the chair, a stainless steel thermos lay sweating against the heat and humidity.

In middle school, Iggy and his crew, The SunSet, entertained themselves by distracting El Loquito then bum-rush his outdoor office to kick over the chair and twist the dials on his radio. Loqui would panic and come running over, hands held high above his head, squealing and grunting like a charging boar.

Once during the summer before seventh grade, El Loquito caught one of the SunSet members and slammed him into the ground. In return, the ‘Set had beaten El Loquito so badly that he was hospitalized for a week. Iggy didn’t throw a punch, but he should have stopped them. He should have helped Loqui up, at least called for help. Instead, he broke out when the frenzy was over. El Loquito needed three months of physical therapy in order to walk after that, something he never again did well.

Now, Iggy studied that same limp, an undeserved complication on an undeservedly complicated life. Iggy felt more ashamed than when he’d been convicted. He’d been locked up for three years for selling pills he’d stolen from his Mami’s pharmacy, and since the judge had revoked her license and fined the family into bankruptcy, Iggy couldn’t help thinking that maximum sentence he’d received was karma coming back to balance out what he’d done to Loqui all those years before. But losing his mother two weeks before his release was something karma could never justify.

He decided to circle the southwest corner of the lot to collect a few straggling carts. He stacked them into each other and muscled the long squeaking line toward the shade, stopping to aim the lead cart at the empty lanes in the cart pen.

“No! No! No!” Loqui chanted, ambling over in a slow jog, an unbalanced motion that looked as if Loqui were catching himself before falling with every other step. “Son mios,” he said, “Mine! I can do it!”

Iggy eased off the carts and put his hands up. They coasted to a stop at the edge of the shade.

El Loquito looked him over, adjusting his glasses. He then turned his back and leaned into the line of carts that Iggy had been pushing. They barely budged when Loqui drove his legs.

Eventually, El Loquito drove the stack of rattling carts into their pen. He stood panting in the shade. He removed his hat and glasses and wiped his face with his white towel. He opened his thermos and the last trickle of water sprayed his chin.

“You want some water?” Iggy asked. “Let me get us some water.” He jogged to the front of the store, fed some dollar bills into the vending machine, and listened for the water bottles to thud their way down and out.

When Iggy returned, Loqui twisted the cap off the bottle and chugged half of it in one gulp. He groaned and drove the heels of his hands into his temples. When the pain passed, he looked up at Iggy. “Brain freeze,” he said.

Iggy sat on the median beside Loqui’s chair and rested his forearms on his knees. He wondered if it was guilt he was feeling as he watched traffic move by Mami’s cross. When Loqui finished his water, Iggy handed him the other bottle, and Loqui poured it into his thermos. He leaned over and raised the volume on the radio as Álvarez Guedes delivered the punch line to a joke they’d missed.

“When is snack time?”

Iggy returned with a Styrofoam box full of croquetas, a few slices of lime, saltines, and two more water bottles. Loqui smiled when Iggy placed the white to-go container on the upturned milk carton and opened it. He pinched one of the fried ham snacks and bit it in half, barely swallowing before throwing back the other half. Iggy mashed a croqueta onto a saltine, exposing the ham paste within, and squeezed a lime wedge onto it. He put the other saltine on top, making a mini croqueta sandwich. It was one of the things he’d scribbled onto his “When I Get Out” to-do list. It tasted like childhood mornings after church, like birthday parties in backyards with freshly mowed lawns.

“Yo, I feel new right now,” Iggy said when he had swallowed the last of his croquetas. “So much better.”

Loqui looked over at Iggy and polished off the last croqueta. “Why are you sad?”

The question caught Iggy by surprise. It was as if the thought had eased its way from his mind and tumbled under the words on their way out of his mouth. Iggy looked at the cross and licked lime juice from his thumb. He wanted to talk to Mami so badly, to place his fears in the lap of the only person he trusted, who never judged him, who wouldn’t harm him when he was unarmored. He felt a momentum building, and it might be nice to run with it. “Can I tell you something?” he asked Loqui, leaning toward him to offer conspiracy.

“My mom died, and I don’t know how to stop being sad and afraid and furious.”

El Loquito nodded, his neck and shoulders complicit in the movement, weighing the importance of what Iggy had confided in him.

Then something welled up inside Iggy, hot and dark, like coffee boiling out of an espresso maker, and he brought his hands to his face before the tears. Embarrassment followed like an aftertaste, and he felt ashamed to be crying. He jammed his knuckles into his eyes until he saw stars, but that didn’t stop what bubbled up from leaking out of him. He bit a sob as he lowered his head.

Iggy buried his head between his knees and covered it with this hands and forearms as if he expected to be kicked to death. It was like he was being kicked from the inside, kicked in the guts and heart and lungs and he couldn’t defend himself. El Loquito wrapped him up in a hug and Iggy collapsed to his knees. He balled up into himself the same way El Loquito had when The SunSet had kicked his legs to pieces.