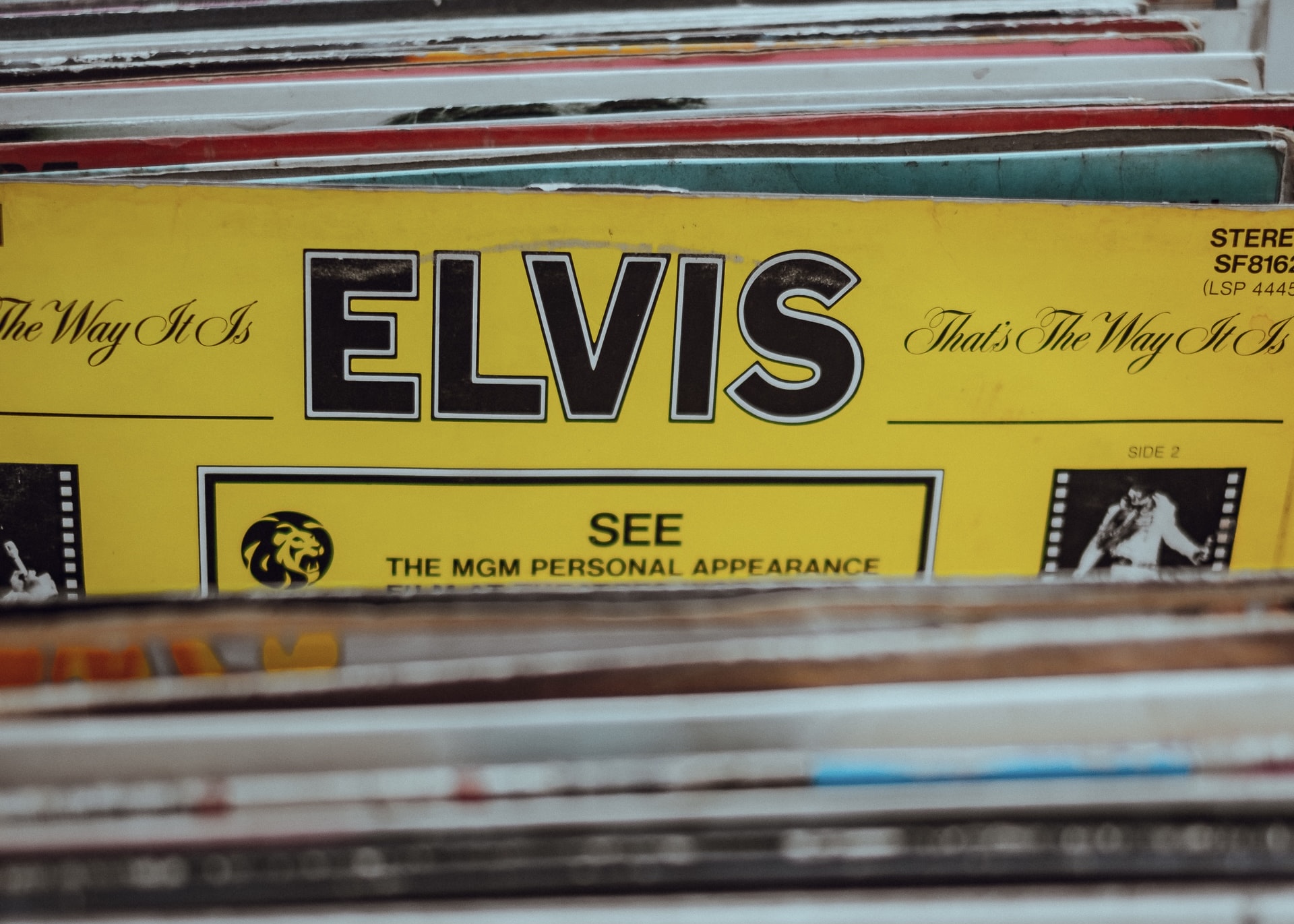 The curtains are drawn. The window’s foiled over. It could be any time of day, any day of the year, any hotel in America.

Alan and Lamar rattle around the kitchen arguing about how to cook his bacon. Here in the Port Paradise room, Cousin Gene’s at the card table in front of the silvery window, cheek down on a game of solitaire, snoring as he drools. Gene’s supposed to keep watch, making sure Elvis doesn’t sleepwalk out the door. Once when Elvis was young his parents found him on the roof of their house trying to step off into the night.

He can’t even feel his feet. He must have slept on them funny, or else he’s somehow lost them in the night. He’s not going to open his eyes to find out.

These are some of the problems of being famous no one told him about. You lose things. Feet, dreams. Your soul if you’re not careful. You don’t notice till they’re gone, and then you’ll search the rest of your life for everything you once took for granted.

What would happen if he left it all behind? If he climbed back up on his childhood roof and stepped off into the night?

He’d soar over treetops and houses. Over Memphis and Mississippi. And because he’s the King, he’d spiral here over King’s Bay. He’d finally catch a glimpse of everything for once. He’d gather up the pieces of life and understand its whole. He’d resolve its contradictions. He’d fall in love again. With music, with Priscilla, with everyone he’s ever met, everything he’s ever done.

That’s the way it should be.

Except his fans would turn in their beds and spot him floating past their windows. They’d sprint out of their houses, huddle on lawns, point fingers over treetops.

Arms out, sailing at the altitude of Careless Love, what else could he do but wave?

When the press got wind of it, they’d 21-gun salute him with cameras and microphones. “Don’t do this to us! The girls are sobbing! They’re falling into their mothers’ arms! Think of the tears!”

“Look, he’s climbing higher! Can you still hear us, E? Any last words for the ones who’ve adored you, the ones who’ve given you everything in life and asked only for your one-sided smile and the warmth of your caramel voice?”

They can’t hear him anyway. He’s risen too far. He’s in the coolness of the stratosphere, eyes to the moon…

Where do dreams go when they’re abandoned in the middle? Do they find another dreamer and pick up where they left off? Do they dissolve into mist and rain down upon a great ocean?

Here in bed, he still can’t feel his feet. It’s as if the rest of him woke up but he left his feet in a dream. His golden feet. His sliding, swiveling, shuffling, karate-kicking feet. How can he get those back when he can’t even remember the dream?

He lies perfectly still, waiting for the day’s rhythms to pluck him to life.

A frying pan slides across a burner in the next room, clatters and pops.

Footsteps. The creak of a wicker couch.

Gene’s throat rattles on the intake, clicks once on the exhaust, his tongue ticking the roof of his mouth like he’s drunk in his dream and the words come slow and thick.

Outside, a mockingbird warbles and tsks and chugs through its borrowed songlist. There are back-up birds behind that one. A mourning dove? One of them gives a screech. What kind of birds do they have here?

Jordanaires, is what kind.

A motorboat plows the river, passing slow. A girl calls Elvis’s name. Is she on the boat? On the roof? Out in the parking lot?

He hears these sounds as he hears the whisper of the high-altitude winds and the soft slosh of the bay and the breaths of the nocturnal creatures asleep now in their dens. The world opens up for him on its voices. It’s his life, and it’s waiting for him.

But there’s got to be one moment when the rhythms get in synch and the world falls silent before the next beat. A moment when even the world is listening.

As he waits, holding his breath, his feet return in droplets, rewoven at the point of a needle, or pooled from the spray of an ocean of dreams.

He opens his eyes. He bends his big toe till it snaps to life.

And there it is.