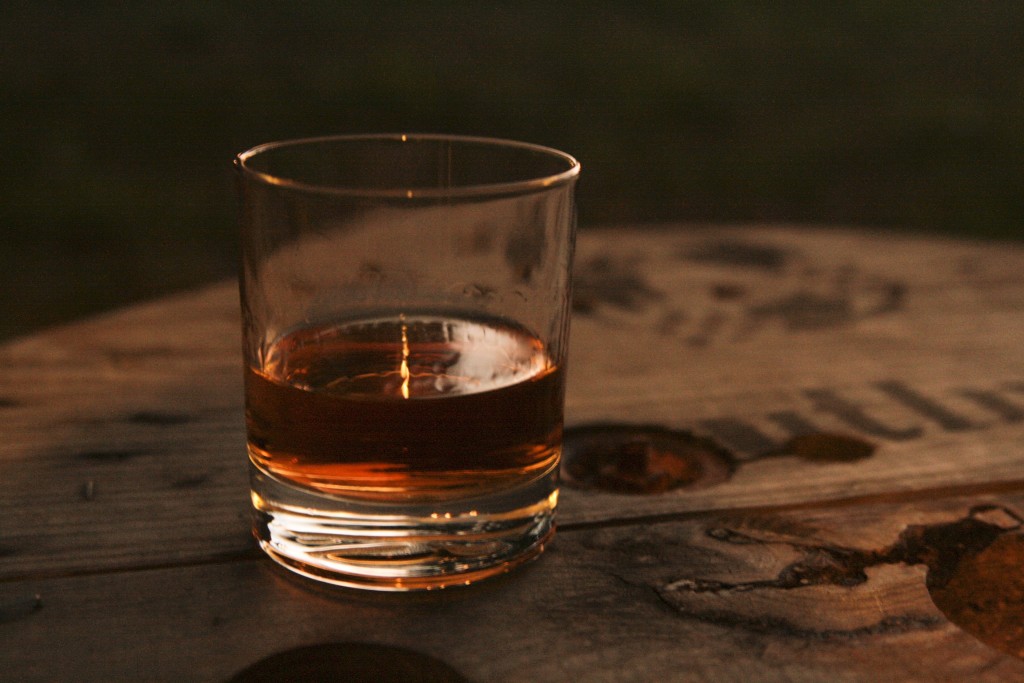 A girl watches her father through the screen door, a pack of Kools and short glass of whisky beside him.  He faces the fields and the woods beyond him.  Bobwhites call in the distance.  He calls back to them, a high mournful whistle, cigarette smoke curling around his buzzcut, tight ears shining in the porch light.  He slaps at a mosquito on his leg.

She shifts her feet. Beneath her, the boards creak.  Girl, you can come out here, he says, and sit with your daddy.  He does not turn around.  She opens the door and walks through quickly to not let in mosquitoes.  He moves his glass and pats the wood step.  She sits there.

I was a boy in a place just like this, he says.  Every night after my work was done I’d sit where my daddy couldn’t find me and I’d listen to the birds.  You can tell what’s happening in the woods by what the birds say, he said, same as telling about the rain coming from the frogs digging out of their holes and coming closer to the house.  But I never had much time to sit and wonder.  He was always after me.  Your granddaddy could run faster with one leg and that crutch than I could when I was a running back.  He was a hard working man and usually took his time, but boy when he was after me for something, I never could outrun him, and then he beat the sense into me.

I left and went in the Marines, and they were hard on me but they never ran after me and beat me.

Listen to me whistle, the girl says.  She whistles clear, and low to high, mimicking her father’s call to the bobwhites.

That’s a good un, he exclaims softly, exhaling.  Do it with that low note longer, then wait before you go high.  If you listen to them, that’s the way they sing it.  Try that.

And she does, a lingering low, pause, then high.

He slaps her brown leg.  Girl, that’s just like ‘em.  Maybe next time Daddy goes hunting quail with the boys you can come whistle for us.  You want to do that?

And she smiles.  Yes, Daddy, I want to go hunting.  She looks at the dark woods, their mysteries, all hers.

Footfall echoes behind them.  He gulps from his glass, taps his daughter on the leg again.  Baby, you oughta go inside now.

She jumps and turns.  Her mother stands inside the screen door, her eyes fixed on the man outside.  Byron, you going to sit out there all night?

He slaps at another mosquito and swirls what’s left in his glass before draining it.  The woman opens the door to let in the girl.

Now go on to your room, Pat, she says.

The woman pulls the door back in toward herself.  She does not like to be out there, with the mosquitoes and cigarette smoke and her hard drinking man.