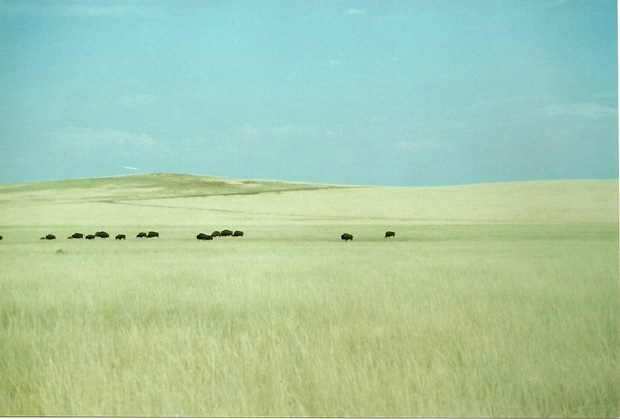 My son came into my office and handed me the assignment from his second grade teacher, written on a half-sheet. He was wearing sweatpants and had his t-shirt on his head, draped back over his shoulders, so that he looked vaguely like a pharaoh.

Parents, please get online with your child and help her or him find pictures of what she or he thinks the future will look like. Please send the pictures to our class email address for presentation tomorrow.

My son linked his arm with mine, standing at my elbow, both of us looking at the blinking cursor waiting for our search.

“You know what you want to do?” I asked.

I didn’t know my son had seen my dad’s website. My dad had created an online memorial for the Air Force base he’d been stationed on in Montana as a young man. The base was long defunct and now in ruins. His years in the military were his golden few, years I believe he had forgotten and recast as idyllic by reducing them to the only two stories he told: How he played cards on his bunk with the sleepwalker Eddie Vargas, and how on the nights that my dad won big, Vargas would lurch around violently, muttering my dad’s name, until one of the Airmen, one of the awakened crowd in boxers, punched him in his gut. The other story involved a freckled farm girl and a kitchen table, and a father who falsely promised to shoot to kill; though my dad says he did limp for a period of months. Strange that both of these stories are night stories.

My dad traveled to the base over fifty years after he’d been stationed there and found what looked like the remains of a P.O.W. camp stripped of its barbed wire fence.

We pulled up the site. On my dad’s website there were pictures of him standing matter-of-factly on the cement foundation of the barracks he’d lived in, of him pointing to the remaining section of a skeletal radio tower, maybe thirty such pictures in all; and he put these pictures side by side with old black and whites of the same places from when the buildings still stood, filled with life.

My son was not swayed. He tapped the peopled black and whites on the screen and their desolate color counterparts fifty years advanced, “Past. Future. I’ll say what Grandpa said.”

Initially, it had only been one kid who got upset. Just one boy. Something about an old man standing alone in empty Montana had scared him. I understand this fear. In the photographs my dad is bent, set starkly against an enormous sky. I can see how a boy might think, “Who left that man out there? How did he get home?” Maybe this boy could imagine my dad shuffling away from the tripod to beat the camera’s timer, how often he was too slow to get positioned before the shutter clicked. The pictures with only the photographer’s long shadow in the foreground were especially frightening, I was told. My son repeating, “Here is my past; here is my future,” couldn’t have helped. One kid getting upset led to the whole class getting upset. Upset in the second grade means crying. At first my son searched his classmates’ faces for support, “That’s the future,” he said. He didn’t understand how it was possible to deny what was plainly true. I was told he grew defiant; crossing and uncrossing his arms at the front of the room, restive with the scene he’d created. Someone called out, “These pictures can’t be the future, the future hasn’t happened yet.” My son wouldn’t sit down. He wore a look that dared anyone to confront him directly. He had seen the future.