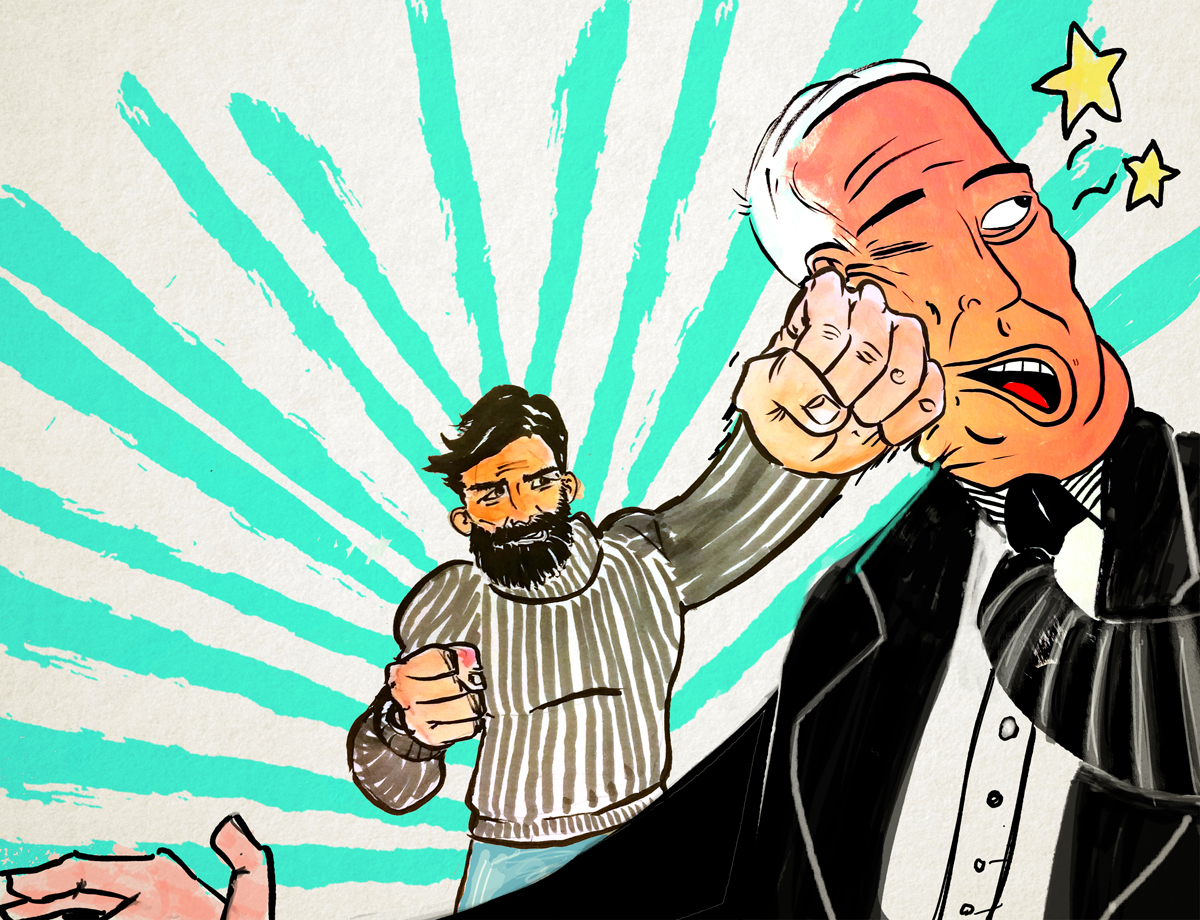 When we think of the transition from Poetry Month to Short Story Month, we always think of that very real moment in Florida literary history when Ernest Hemingway and Wallace Stevens got into a fistfight in Key West. There isn’t much literary significance to this infamous scuffle, though it does serve to remind us of the bad old days when such macho bullshit was actually tolerated.

On that fateful day in Key West, poetry broke its hand on fiction, and fiction hit back pretty hard. It could have only happened in Florida, a place that didn’t figure too much into Papa’s body of work, left a strong impact on Stevens’ poetry, and, it probably goes without saying, is ripe for literary interpretation.

As Poetry Month has passed and Short Story Month comes to a close, in the spirit of genre reconciliation and to celebrate the literature of Florida, here are some of our favorite short stories and poems set in Florida.

“Naples, Not Italy”
by John Brandon

Representative sentences: I tell the gals about how Florida used to be, since I’m the one who’s from here–how there used to be orange groves everywhere you looked and now there’s Home Depots and chain bakeries. I tell them it used to be pleasant to drive on 41–people did it for fun–and now it’s a traffic jam of senile Long Islanders.

“Resurrection, or: The Story Behind the Failure of the 2003 Radio Salsa 98.1 Semi-Annual Cuban and/or Puerto Rican Heritage Festival”
by Jennine Capó Crucet

Online at BP Review. Collected in How to Leave Hialeah.

Representative sentences: The nun might have rushed to stop her, but her eyes are soft with understanding, so she only stands and steps forward. You can see from the way she bows her head to stare instead at the mosaic of tiny tiles encrusted in the floor that the nun lets many thirsty people drink when the church is empty. This church is too close to South Beach, and like the clubs, it’s open all night. And like the clubs, the water is free. But here, at the church, there is never a line.

“Scarliotti and the Sinkhole”
by Padgett Powell

Online at The Collagist. Collected in Aliens of Affection.

Representative sentences: The horse Yankees who clipped him were in a world of hurt and he wanted them to be. They were the kind of yahoos who leave Ohio and find a tract of land that was orange groves until 1985 and now is plowed out and called a horse farm and buy it and fence it and call themselves horse breeders. And somehow they breed Arabian horses, and somehow it is Arabs behind it all. Somehow Minute Maid, which is really Coca-Cola, leaves, and Kuwait and Ohio are here. And the Yankees are joking and laughing about grits at first, and then they wise up and try to fit in and start eating them every morning after learning how to cook them, which it takes them about a year to do it. And driving all over the state in diesel doolies with mirrors coming off them about as long as airplane wings, and knocking people who live here in the ditch.

“I Can See Right Through You”
by Kelly Link

Online at McSweeney’s. Collected in Get in Trouble.

Representative sentences: (1974) Twenty-two people disappear from a nudist colony in Lake Apopka. People disappear all the time. Let’s be honest: the only thing interesting here is that these people were naked. And that no one ever saw them again. Funny, right?

Online at New England Review. Collected in Trouble the Water.

“Fabliau of Florida”
by Wallace Stevens

There will never be an end
To this droning of the surf.

“On Cocoa Beach”
by Major Jackson

I am revisiting the idea of Florida, giving my vertebrae
a vacation from all the faded bouquets of urine in New York
and the darkened policies of snow in Vermont.

“Variations on a Text by Vallejo”
by Donald Justice

I will die in Miami in the sun,
On a day when the sun is very bright,
A day like the days I remember, a day like other days,
A day that nobody knows or remembers yet,
And the sun will be bright then on the dark glasses of strangers

This is in no way a complete list, just a handful of favorites. We’ve most definitely left a lot out, so feel free to add your favorite Florida poems and stories in the comments. If you can link to a free version online, all the better.